Coconut water is a real treat, and it’s been hyped as a healthy alternative to plain water. Some folks have gone as far as trying to replace their water intake with coconut water, but that’s a pretty expensive habit.

What do you do when your favorite drink or recipe calls for coconut water, but you have none ? Worse, what if there’s not coconut within a mile and there’s no one to bring you some ? You need a substitute. So here’s a list of the best substitutes we could think of. 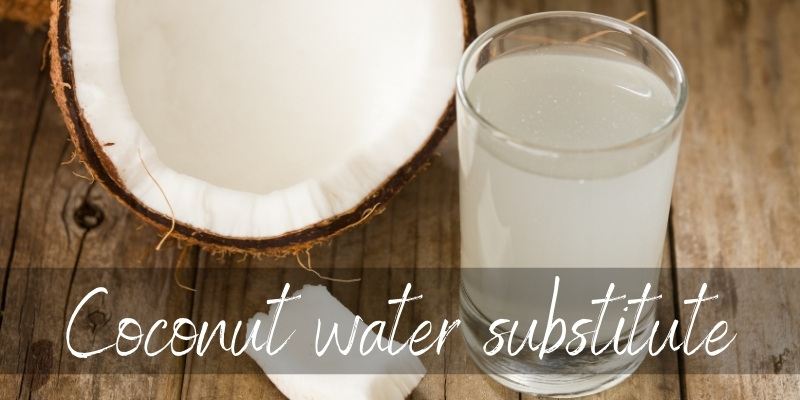 Coconut water can be substitute by steeping shredded coconut in hot water, coconut extract, mixing coconut milk with water, any other nut water, or watermelon juice. Which you use depends on what you’re making and what element you need from the coconut water.

Despite being inside a coconut, this water is more on the nutty, slightly sweet side than completely coconut. If your recipe needs the water to steam rice, it needs the nutty and vaguely sweet nature of the water. If you drink needs coconut water for coconut flavor, you can easily swap for coconut milk.

Take a look at the substitutes below, see what works best for your recipe.

The closest approximation to actual coconut water is getting your hands on a whole lot of shredded coconut, and steeping those for 10-20 minutes in very hot water. Do not use hot tap water, use cold water that you bring to a boil and then let sit.

The point is that the coconut flavor will be nicely extracted and if you like, you can sweeten it afterwards. It won’t be as nutty as pure coconut water, but it’s definitely tasty.

Let the coconut steep, strain it well, then let it cool. Or use warm, if your recipe needs it. As to how much coconut, that’s up to you. We recommend going for a 1:2 coconut to water ratio, at least. It could turn out very strong for your taste, or you may need to water it down. It depends on your taste buds and how much of a coconut flavor you want.

Personally, we love the stuff, so we use a fairly concentrated recipe whenever we make some.

If you can find yourself some coconut extract, it would be a great replacement for coconut water. It tastes more like coconut flesh, rather than water, but it can get the job done. If you have a few hazelnuts or roast almonds lying around, incorporate those into your recipe for a nutty note.

If the coconut flavor is what you’re after, not necessarily the nutty flavor, then go ahead and mix 1:1 coconut milk with water. Be sure to shake it a little, maybe warm it up a little to be sure the flavors mix well and you don’t get a layer of coconut milk on the bottom.

This will create a murky looking drink but don’t despair ! It’s just like mixing dairy milk with water, it looks a bit weird, but it won’t taste bad, just watered down.

Another idea would be to try and make yourself some almond or hazelnut water, to simulate that nutty flavor that coconut water has. You can lightly roast and grind some nuts, and steep those along with the shredded coconut we mentioned earlier. 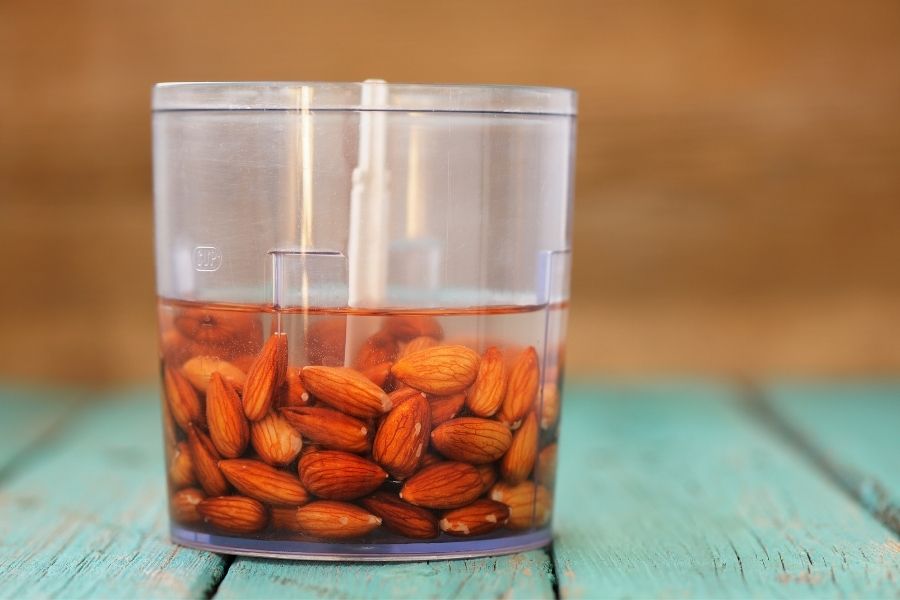 You may be tempted to do this in a blender… and push the start button. Just a little, who’s gonna know ? Well, if you do end up making coconut and almond milk, it will be a real treat and definitely something that will resemble coconut water.

The only thing is, you’ll have to strain it afterwards and use the leftovers in something like a curry or gravy to thicken it. Which isn’t that bad, now that we think about it. It sounds like a nice Saturday afternoon.

If all else fails and you just need another flavor for your water, why not switch to fruit ? It could be watermelon water, simply because watermelons have soooo much juice they can spare a few pounds.

But it could also be a fruit smoothie with more water content, to be more of a flavored water. For this, we recommend using a blender or food processor, to get all that goodness from the fruits. 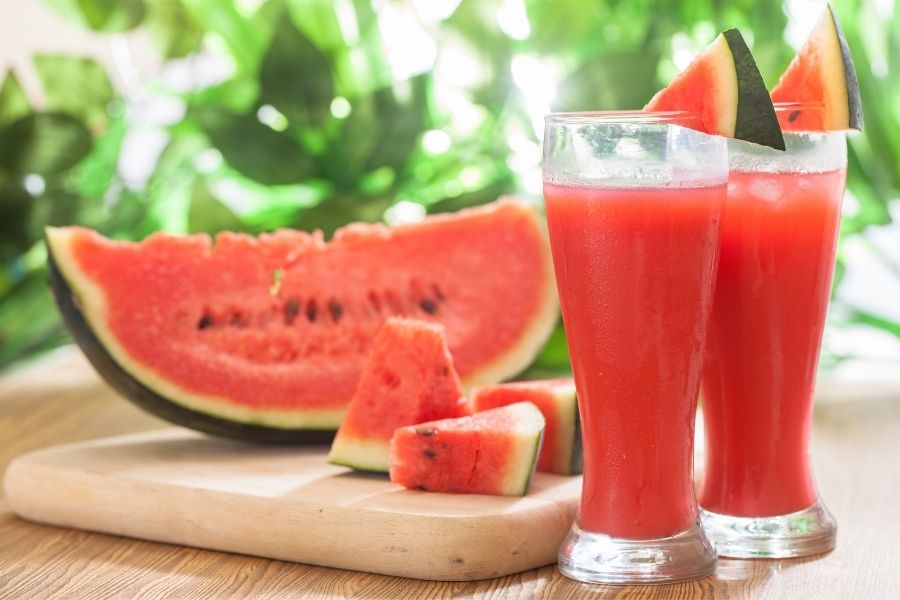 Can you sweeten coconut water ?

If you managed to make your own coconut water, you may need to sweeten it. Or maybe you have coconut water already and want it a little sweeter. Well, we don’t recommend pure sugar if you’re going to serve that water cold. By the time the sugar dissolves, you’ll be bored to tears, swirling a teaspoon forever.

So, try something like maple syrup, agave syrup, maybe some honey ? If you’re not against it, then go for pineapple juice, and you’ve got the most perfect virgin pina colada you’ll ever want. We know because we’ve tried and it’s absolutely amazing.

If sugar is more your thing, then be sure to go for powdered sugar. It will dissolve much faster. We don’t recommend adding a lot of sugar, coconut water is pretty flavorful on its own, so only add little by little and taste as you go.

How does water exist inside a coconut ?

Did you ever stop to wonder why there’s water inside a coconut ? Personally, we’ve assumed it’s something like the fruit juice, the same way an orange has juice or a watermelon.

Well, as we’ve found out, the inside of the coconut is basically empty except for the building blocks and nutritional content needed to make the white flesh on the inside.

As the coconut tree draws water from the ground to feed itself, it also stores it in the coconuts. Yep, all the way up there, water travels through capillaries and is stored in the nuts. As the coconut matures, the water inside is mixed with the nutritional content, and it slowly builds the inside of the coconut, the flesh. Once that’s done, all that remains is the (mostly) clear coconut water inside.

This is only found in green, ripe coconuts. Old coconuts are hollow inside or have very little water, it can be reabsorbed into the nut.

Can you drink coconut water raw ?

Yes, you can drink raw coconut water but we really recommend decanting it into a clear glass. This way you can strain any bits of coconut flesh or bark.

In some bad cases, the coconut may have started to mold on the inside, and it’s very useful to get to see the liquid, instead of drinking directly from it. So, yes, you can drink raw coconut water, as long as you make sure it’s clear and have decanted it.