If you’re dying for a summery treat you’re likely thinking of something watermelon-based. That’s understandable, everything about this fruit just screams summer. It’s also mostly water, so it’s incredibly refreshing in the summer heat. Ah but summer is still so far away…

Or, maybe you can’t stand watermelon and are simply looking for something that will bring sweetness, a similar flavor, without being an actual watermelon.

So what can you use to substitute watermelon ? There’s got to be some fruit out there that is available in the stores. Let’s see. 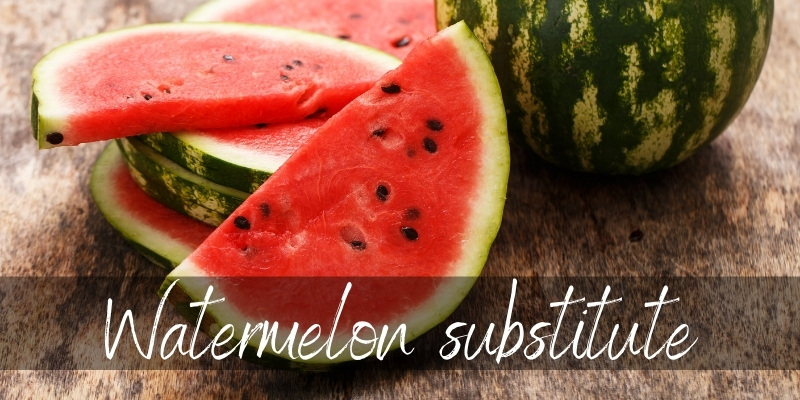 The best watermelon substitutes are guava, cactus fruit, red dragon fruit, pear, honeydew melon or cantaloupe, strawberries, and pineapple. Watermelon has a distinctly watery, sweet flavor that you need to simulate in your substitution.

This means that if the fruit you use is not juicy, it will not taste the same way. Another important note is that watermelon is a light flavor, especially compared to heavy-hitters like cherry or mango.

Now let’s take a closer look at the substitutes so you can choose which will work best for you. We’ve tried to keep the fruits as close to the flavor of watermelon, at least the first few.

Guavas are an interesting little bunch. They’re actually like tiny little watermelons ! No really, they’re green on the outside, pink inside, with tiny little seeds. Plus, their flavor is very similar to a watermelon, leaning a bit more towards bubblegum.

Still, guavas are an excellent choice if you don’t want watermelon but still want something light and summery.

Cactus fruit is also very similar to watermelon, but a little difficult to eat, You still have to remove all those tiny spikes. But once you do, the inside of the fruit is light, sweet, and very watery. You’ll have a hard time finding both cactus fruit and guava outside of tropical zones. But you may find them imported in winter if you live in a colder climate. 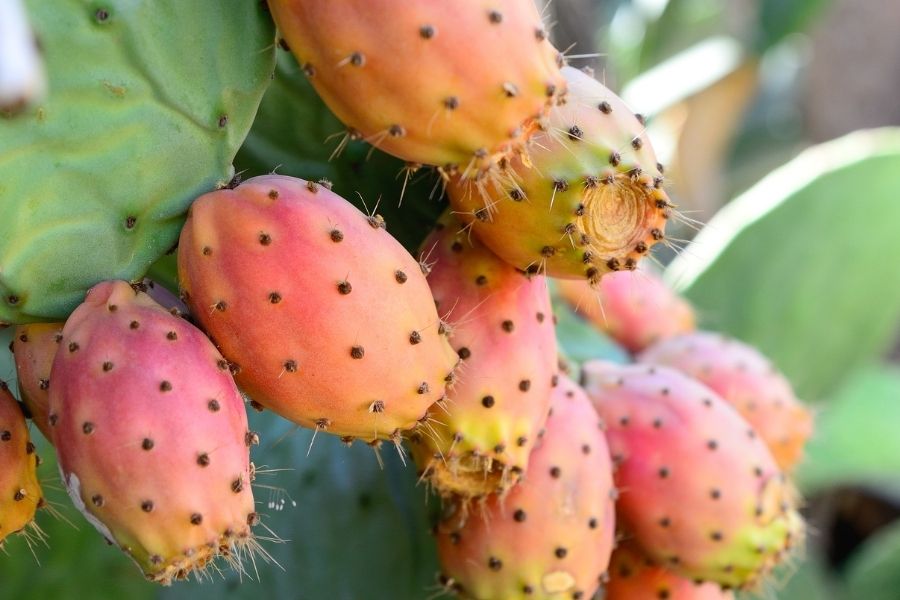 Dragon fruit is such an impressive fruit it’s really hard not to stare at. And if you really get a sweet one, you have a good chance of substituting a watermelon. There are different kinds of dragon fruit, and they’re more or less sweet. The ones with red/pink skin and red flesh and the ones with yellow skin are the sweetest.

If you have the luxury of choosing, we recommend getting the red flesh ones. They have those tiny black seeds, which make for a really convincing fake watermelon.

If all else fails, you can simply get some really good, juicy pears. Their flavor is similar to watermelons, and they’re sooo juicy ! Granted they’re not the same color, so if it matters you may want to drizzle something pink over them.

You could use a bit of raspberry syrup, or just a drop of pink food dye.

If you’re looking for something with more of a melony note then go for honeydew or cantaloupe, or any other similar melon. True they won’t be the same as watermelon, but they will still be sweet and light. This kind of flavor is a very love-it-or-hate-it kind of flavor.

Some people may find this melon family to be overly sweet, and not inters of natural sugar but in terms of the flavor itself. If you’re not sure everyone you’ll be serving is okay with the yellow melons, it’s better to skip them.

If everyone’s fine, then this will make s=for a delicious summery treat.

Probably the safest of all fruits, in terms of who likes them and who doesn’t. Using strawberries in place of watermelon may seem like a bit of a stretch, but is it really ?

They’re both sweet, associated with summer flavors, and can get really juicy. More, strawberries are very easy to find in jam or frozen form so you can have your pick if it’s the middle of winter.

Pineapples instead of watermelon are a really nice way of turning a recipe on its head, in a good way. A clear distinction between these two is the flavor, which is nowhere near similar. Still they are both undeniable summery aaaand you can find pineapples in the cold season as well.

Or you can just get canned pineapple and have some extra juice on hand. We recommend trying a smoothie. And no matter what fruit you choose off this list, add a couple of fresh mint leaves. It’s a nice touch and one that will lift the flavor entirely. 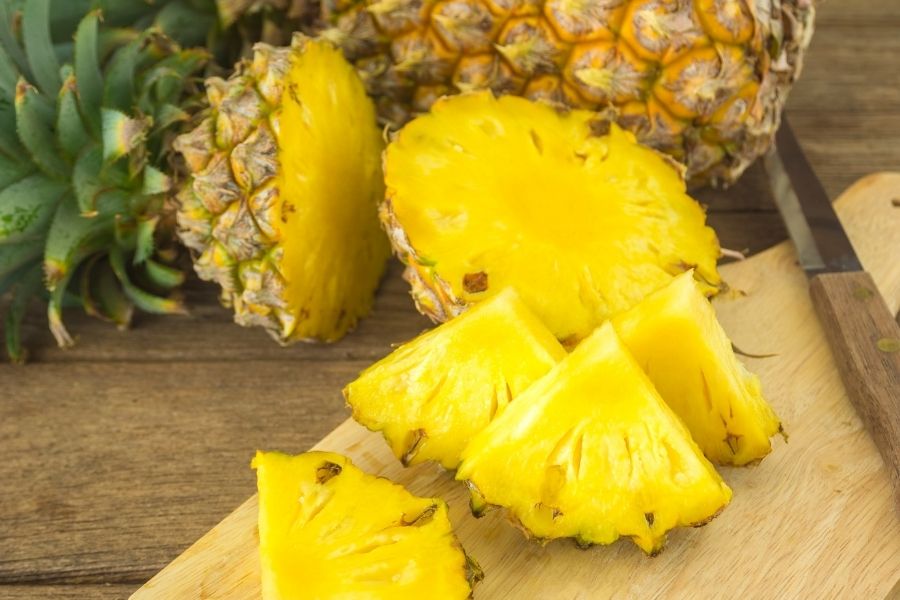 When is watermelon season ?

Okay, so what if you decide to wait until watermelons show up in the market ? Well if it’s January you’re going to wait a lot. Watermelons are in season form later May to September.

The further you go into the season, the higher the chance of getting older, dry watermelon with a weird grainy texture. Watermelon doesn’t fare well in wet weather, nor does it like a drought or high heat.

Your best bet at getting good watermelons is from mid-June to mid-August, after which it becomes harder and harder to pick a good one. Which is unfortunate since they’re so big and heavy.

Read Also: Why Are Watermelons Red ?

Can you freeze watermelon ?

You can freeze watermelon for later use, yes, but do not count on it to have a good texture. Nope, watermelon can get grainy even when it’s in season, imagine how it will be when it thaws.

This means that you’re better off using frozen watermelon in a smoothie or a juicer, and not as an actual fruit to munch on. We recommend cutting the fresh watermelon into smaller slices, and freezing each slice individually. This way you’ll only get as much as you need. And you won’t have to wait for an entire 20 lb monster to thaw.

If you want you can even cut up the red flesh into cubes, remove the seeds, and freeze like that. This way you don’t waste space in the freezer with the rind, which you end up throwing anyway.

And that’s about it for watermelon substitutes. Hopefully you’ve found yourself something useful on this list, so you can go ahead and make that fruit salad in February. Spring is just around the corner, and what does that mean ? Summer, exactly.