If you’re just starting out with Middle Eastern cuisine, then you’ve probably run into the words tahini and hummus, often together. You may have a vague idea of what they are, but can’t really tell them apart.

That’s understandable, especially when you haven’t had much experience with either. So today we’re going to discuss these two food items, and explain why they’re used in the first place, and why one needs the other. 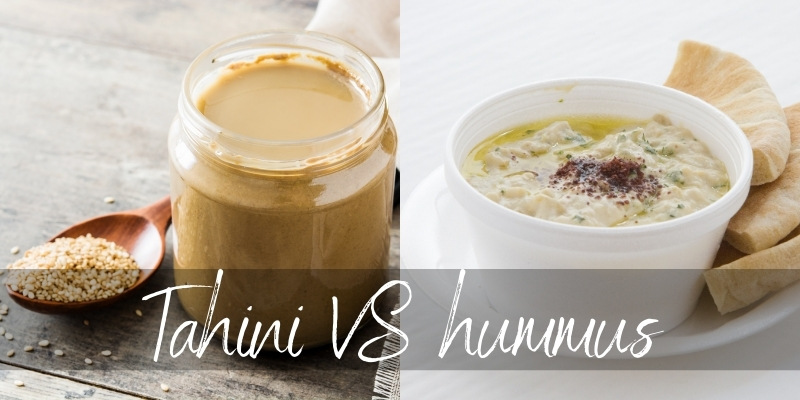 Tahini is a toasted sesame paste, while hummus is a chickpea spread that traditionally contains tahini. You can have hummus without it, but it will taste different.

In terms of looks they may be similar: beige and creamy, but tahini will often have oil on top. The sesame oil separates and sits on top, much like with organic peanut butter.

In short, tahini is a necessary ingredient in hummus, and you will easily find both for sale in most major stores across the globe. Now let’s take a closer look at each of these, to fully understand them.

Read also: What Goes With Olives ?

Tahini is a toasted sesame paste. In the region where hummus and tahini were most commonly eaten (the eastern shore of the Mediterranean) sesame and chickpeas were abundant. They still are, and are part of the daily cuisine. 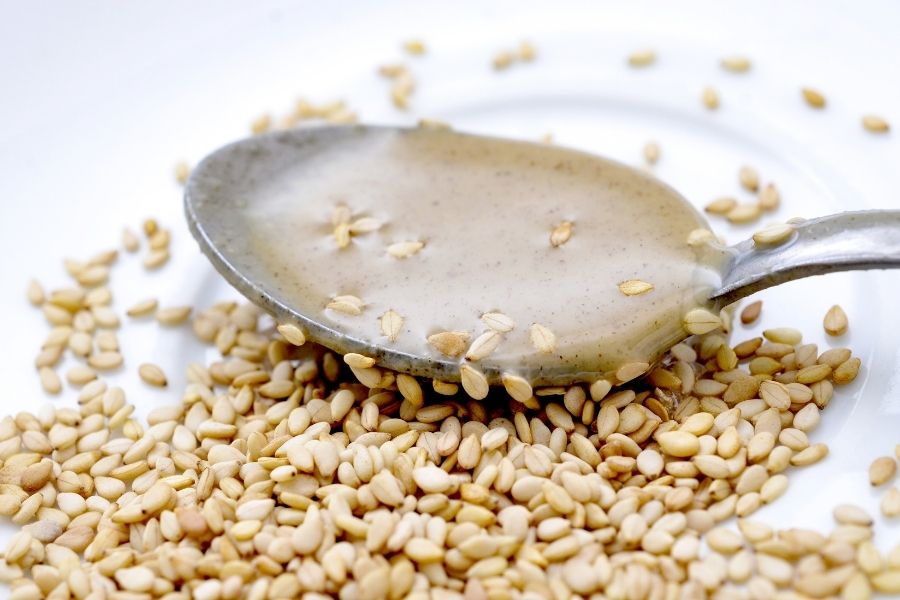 Actually tahini isn’t only used in hummus, it’s also used as a dip on its own. Blended with different spices and herbs, and sometimes thinned out with water. It can get a bitter, nutty flavor that may not sit well with everyone. But once you get the hang of it, it’s really special.

Hummus is a chickpea spread, originating from the same area as tahini. The exact location is unclear, as there are no clear records that show this or that nation first made hummus.

There are regional variations on the dish, but must incorporate cooked chickpeas, tahini, olive oil, salt, and maybe lemon juice. These are all blended and mashed into a creamy paste that is then used as a dip or spread.

Hummus can be a quick snack, a sauce for meat or for falafel, and you can find difference spices in it as well. For example cumin, oregano, basil, chili flakes, pine nuts, pistachios are all combinations that you may see in hummus.

Does hummus taste good without tahini ?

This is a very personal opinion, but yes we think hummus tastes fine without tahini. Traditionally you need to use tahini as it gives it a nice bitter note, but you can skip it if you want.

The chickpeas themselves are actually a little bit bitter and earthy, so it will still taste like hummus. After all, hummus is a blend of different ingredients, swapping or skipping one will not make a huge difference.

The whole point of adding tahini is to add extra flavor and dimension, but also to smooth out the hummus. As you may know, chickpeas can sometimes end up grainy. This means that no matter how hard you try and mash or blend them, the paste can be gritty. So tahini comes in a smooths things out, as it’s very fine, smooth paste.

For those who don’t have tahini, don’t want to use it, or have an allergy to sesame, there are other options you can use instead. Of course, the simplest is just omit it. But here are your other options.

By organic we mean the kind that has only peanuts and maybe a bit of salt. It should be a bit runny, and maybe the oil separates on the top. This is just like tahini, and as such will behave in the same way. 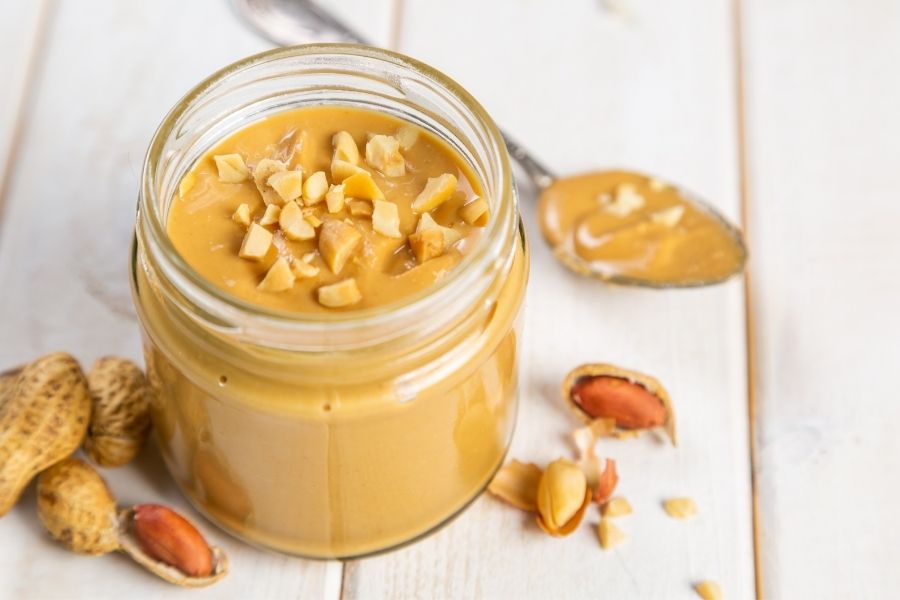 There’s a definite peanut flavor to this, so keep it in mind when you add the first spoonful. Blend it, taste it, see if it doesn’t change the flavor too much. If you like it, go ahead and use more.

But if it changes too much, leave it as-is. Organic peanut butter isn’t as strongly flavored as commercial ones, meaning it’ll be a more subtle peanut flavor.

If you’d rather try another nut, go for cashew or almond butter. You could also try hazelnut, but that might have a sweet note to it. Still, any of these will work great. As long as they’re about the same texture as the tahini – somewhat runny, the oil may separate – then you’re good to go.

Read Also: Why Is My Hummus Bland ?

Sunflower paste may resemble tahini better than other nuts or seeds, but it’s not exactly easy to get a hold of. You can however make your own, there are shelled sunflowers available for sale. Roast them lightly, then blend them in a food processor or take a mortar and pestle and mash them into a fine paste.

Whichever option you use, remember that skipping over tahini is not a capital crime. If it’s just too complicated, you can simply add a few nuts or sunflower seeds on top of the finished hummus.

The overall flavor is more important, so if you get your spices and salt right, who’s gonna know ?