Eggs are recognizable in any culture, in any film, drawing, animation, anything. Whether they’re cracked or whole, we all know what an egg looks like. But in truth, all over the world people have different views of what color an egg shell should be, and which is best. Yes, people really get upset over these things.

You may have noticed there are different egg colors, from white to brown and everything in between, including a few shades of blue. Yes we’re still talking about chicken here.

So why are some eggs white ? Why aren’t all of them white ? Is it a mutation ? Are brown eggs painted ? Are white eggs bleached ? What’s the original egg color ? Do white chicken lay white eggs ? Do brown cows make chocolate milk ? Someone please explain all of this. No worries, that’s just what we’re goin got do. 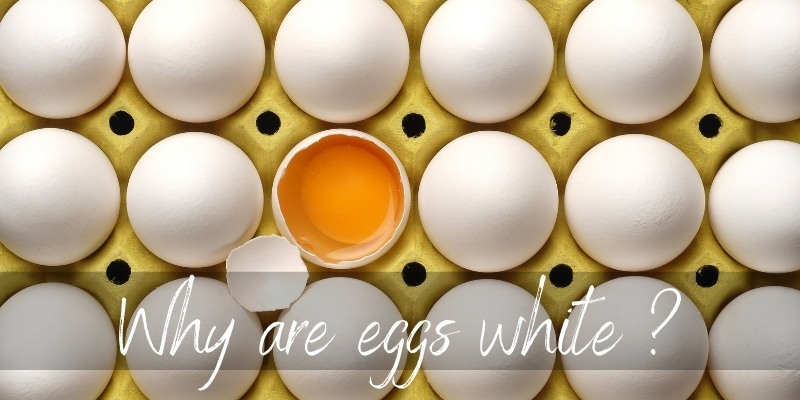 Table Of Content show
1 Why are eggs white ?
1.1 People used to think the feather colors dictate the egg color
1.2 There is a chicken earlobe theory
2 In the end it’s all down to chicken breed
2.1 Brown eggs were meant as camouflage
2.2 There is no nutritional difference in white and brown eggs
3 Egg white whitens as it cooks

Why are eggs white ?

Eggs are white because they come from a type of laying chicken breed that has been bred to only lay white eggs. The original chicken egg color is a shade of creamy-brown with spots all over it, to better blend and camouflage in the wild. Red hens, the most common, still have that part of their genetic programming intact.

They will almost always lay brown eggs. White eggs were initially a mutation, until several breeds were developed to lay eggs that are only white.

But what about black hens ? Spotted ones ? Have you ever seen black eggs ? And who lays the bluish eggs, no one’s ever seen a blue hen ?

Read also: Why Are Eggs In The Dairy Section ?

This theory has been debunked a long time ago, simply because not al white hens lay only white eggs. They may also lay cream colored ones, or spotted eggs.

Some spotted hens may lay the occasional white egg as well. So that theory’s out the window.

There is a chicken earlobe theory

A more commonly accepted theory is that the color of a hen’s earlobe will tell you what kind of egg it lays. And it’s partly true, to some extent. It’s more of a correlation thing than a causation.

Until they don’t, because this theory is as shaky as the feather one. Again, you can have red earlobe chicken with the occasional white egg, and the other way around.

In the end it’s all down to chicken breed

There is no true, 100% way to guess what kind of egg a hen will lay just by looking at it. This is because the true indicator of an egg color is the hen’s breed, which has been bred and selected over generations to only produce this or that egg. 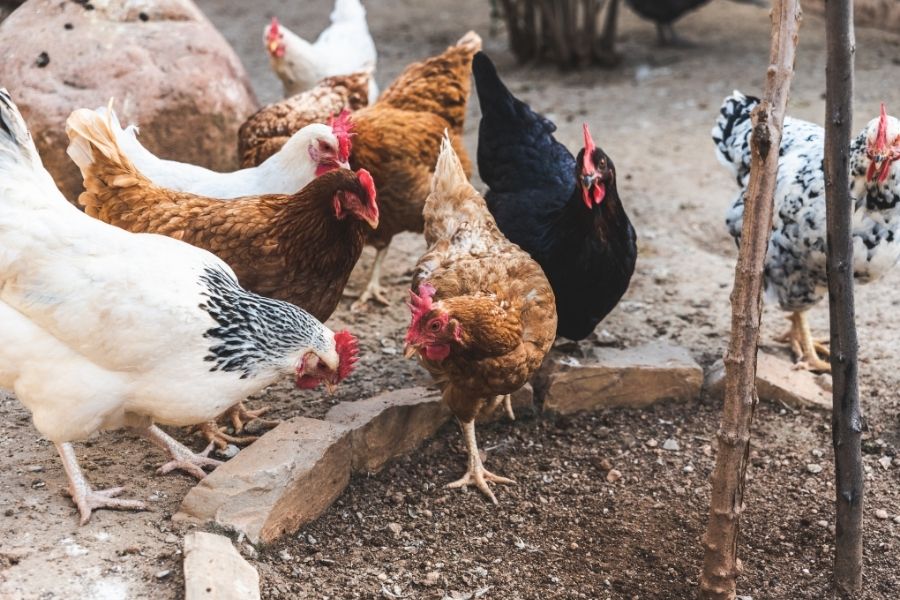 And many breeds are similar, so telling them apart is difficult unless you’re a chicken enthusiast.

The various chicken breeds that are meant to lay only white eggs have a part of their genetics changed. No one is sure where and how the first white egg came about, but the result is that some chicken breeds have been developed to only lay white eggs.

And so on. The color of the egg shell is the last to form, as the entire eggs production goes. So the hens that lay white eggs simply skip the pigment step, and lay an egg that is technically colorless.

Brown eggs were meant as camouflage

The original egg, back when chicken were still wild animals, was a very uninteresting shade of brown with a few spots here and there. This led to some really good camouflage and chicken hunters couldn’t easily find the eggs.

This led to brown eggs being the default color pattern, since it was the one laid by the survivors. As chicken became domestic animals, they were safer and humans made sure they always had everything they needed. So when a random white egg would appear, it was never discarded.

This led to more and more hens having this mutation, some were bred for that specific gene, until humanity had a few white-egg-laying hens that could form the basis for an entire breed.

There is no nutritional difference in white and brown eggs

You may see brown eggs being slightly more expensive than white eggs, for a good reason. Brown eggs require more from the hen, in terms of vitamins and minerals. White egg shells are simpler to make, from that point of view. So, the brown-egg-laying hens simply need better or more food.

Egg white whitens as it cooks

If you question was regarding why egg whites are white, it’s simply because the protein turns opaque as it cooks. Egg white, or albumen, is transparent when raw and white then fully cooked. This happens for all eggs from any species, everywhere.

It’s the same type of protein that meat may release when it’s cooked, that foam on the top. It’s simply liquid protein, and it’s cooking.