Pies are so many things to so many people. To some they’re patriotic, to some they’re nostalgic, and to some they’re an extra hassle when the holidays roll around. But there’s one thing we all know about pies, whether we like them or not. Pies are round, and there is no other shape for them.

Have you ever wondered why pies are round in the first place ? Why are they so consistently round ? Can you find any other baking pans, that aren’t round ? Let’s take a look. 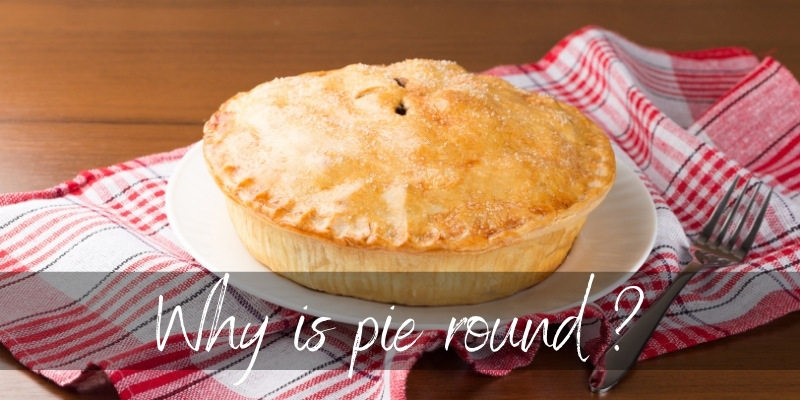 Table Of Content show
1 Why are pies round ?
1.1 Short history of pies
2 Why is apple pie so popular in America ?
3 Can a pie be square ?
4 Does pie need a top crust ?
4.1 The case for lattice tops

Why are pies round ?

Pies are round for two important reasons: tradition, and practicality. Any baked item (pie included) bakes from the outside in, so a round shape will bake uniformly, as opposed to squares or stars, or hearts. A round shape is much easier to form with your hands, as was the case in antiquity.

As for tradition, pies have always been round, and nobody really questioned it. There have been changed, like pies becoming shallow and having all kinds of sweet fillings, but the shape was always a circle.

Pies are actually very, very old. The very first civilization to invent pies is unknown, because this is actually a common way of cooking meals. We have a lot of documented cases of meat pies, dating back from the Roman empire. This was a very rudimentary pie, that called for meat in a baking dish, and it was covered with a pie crust.

Read also: Why Is Mustard Yellow ?

The curst was there to stop the meat from dehydration too much, and it wasn’t really meant to be eaten, though we assume some people did. This method of cooking meat became fairly popular, and it soon morphed into what is known as the French galette.

That is a free-form type of pie, where the crust is on the bottom, the filling is on top, and the sides of the crust are rolled or folded partway up the filling. It looks very much like a contemporary open faced pie, without the baking dish. They can sometimes be completely covered, like a pastry.

In Europe most pies were either of French (galette) influence, or English. The English pies were the tall, thick ones that has several types of meats in them. As the Pilgrims settled in America, they brought along the pie recipe.

This is where the shallow, open-faced pie was born. Sugar and fruit became easier to find and widely available as time went on, so pies shifted from meat (savory) to sweet, with fruits or custard. 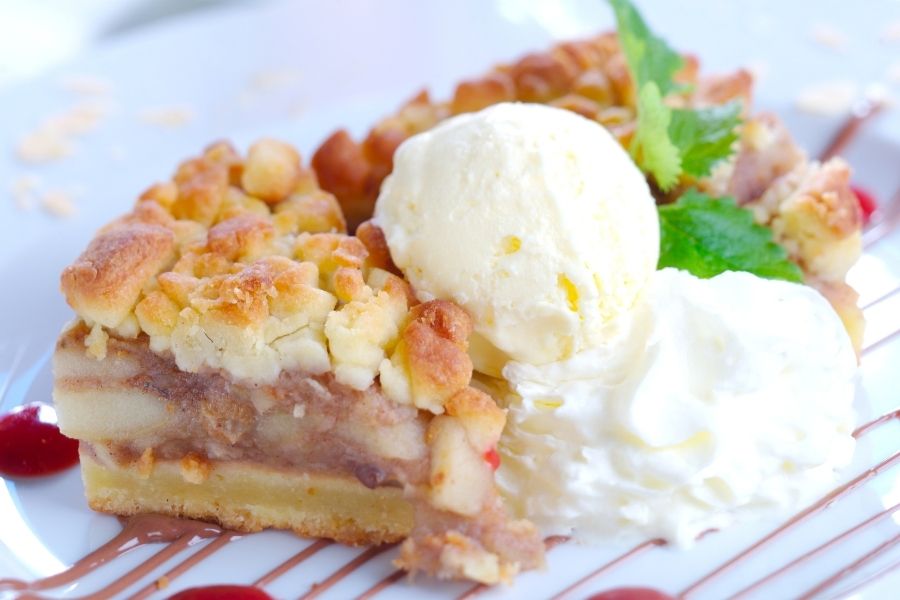 Why is apple pie so popular in America ?

The reason apple pie was the most popular pie in America is because apples stored very well over winder, and they could easily be dried or turned to applesauce if need be. Since most homes has pie fairly often, apple easily became the filling of choice. Meat was not as easy to get a hold of as apples, and it was easy to stretch the content by adding more apples.

In short, the current love affair with apple pie is the result of harsh, hard winters where apples were the the most common item. In northern states pumpkin pie was the same thing, with pumpkins abundant and storing very well over winter (winter squash).

Can a pie be square ?

You can try and make a square pie, but you risk getting burnt edges (the four points). This is because they’re exposed to more heat and the moisture will evaporate mush faster in corners.

A round shape ensures all sides of the pie are equally dry and crispy. Any other shape is likely to burn at the edges.

Does pie need a top crust ?

Top crusts on pie  are there to lock moisture in, and allow the filling to simmer. You usually find it on pies that want to soften their filling, like apple pie or cherry pie.

Another advantage of a top crust is that it keeps all the juices inside the pie, not letting them bubble over the edge.

Does this mean all pies need a top crust ? No, quite a few pies allow an open face. These are usually very moist pies that need to dry out. For example custard pie has an open face, as does pumpkin pie, or pecan pie. These pies rely on the filling to solidify, and if they kept all their initial moisture you’d have a hard time cutting into them.

The case for lattice tops

What about lattice tops ? We’re not sure if lattice tops were first made because there wasn’t enough dough for the crust, or because a very creative cook decided to make that pie look extra pretty.

But there’s one thing a lattice crust does: it allows the filling to evaporate, while still providing a nice, crispy crust. You have a much lower chance of getting a soggy top crust with a lattice.

Even fi you’re not using this type of crust, and only use a full top, you still need to cut a few small holes at the top. Otherwise you risk the steam and juices to break the edges of the pie.

Whatever kind of top you use for your pie, it’s always going to be a round shape. It’s simply the best shape to bake in, because everything end up cooking evenly.