If you’ve been wandering the produce aisle looking for a cheaper head of broccoli, you should stop. Broccoli prices at an all-time high right now, and they’ll take a couple of years to settle down.

Even in regular years, broccoli can get a little expensive. Why ? Well we believe we’ve found the answer, and a way for you to get cheaper broccoli ! 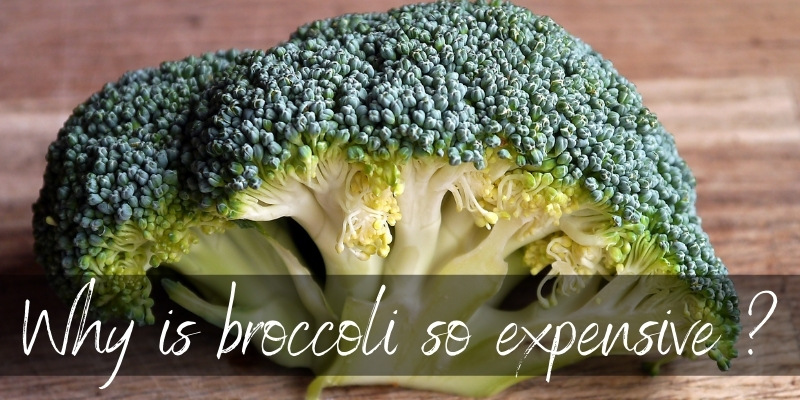 Why is broccoli so expensive ?

Broccoli is so expensive because there’s been a huge increase in consumer demand, coupled with very unfavorable weather. Broccoli is a heat-sensitive crop, and it needs very stable weather.

There’s also the fact that broccoli is a vegetable crop, which is more expensive to harvest because you need manual labor. They are generally not subsidized by the government in the same way that produce such as corn, wheat, or soy are. This also increases the price.

The price will also vary depending on the season, with the peak season for broccoli being between October and April in the Southern states. Broccoli can also become more expensive when weather changes cause problems with farming, such as drought, unseasonable weather, or flooding.

Finally, broccoli becomes more expensive when there is more demand, like when it’s out of season. Now let’s take a look at the reasons in more detail.

In the US, and many other countries, the government subsidizes some farmed produce. This means that the government pays farmers a certain percentage of the produce’s price, and the savings are passed on to the consumer who ultimately pay less.

Common subsidized produce includes feed grains such as oats and barley, wheat, cotton, and meat. Vegetables, such as broccoli are not subsidized so the consumer pays full price for them.

Government subsidies, however, are not enough to fully explain why broccoli is so expensive compared to other products. Another reason is how much broccoli farming costs. 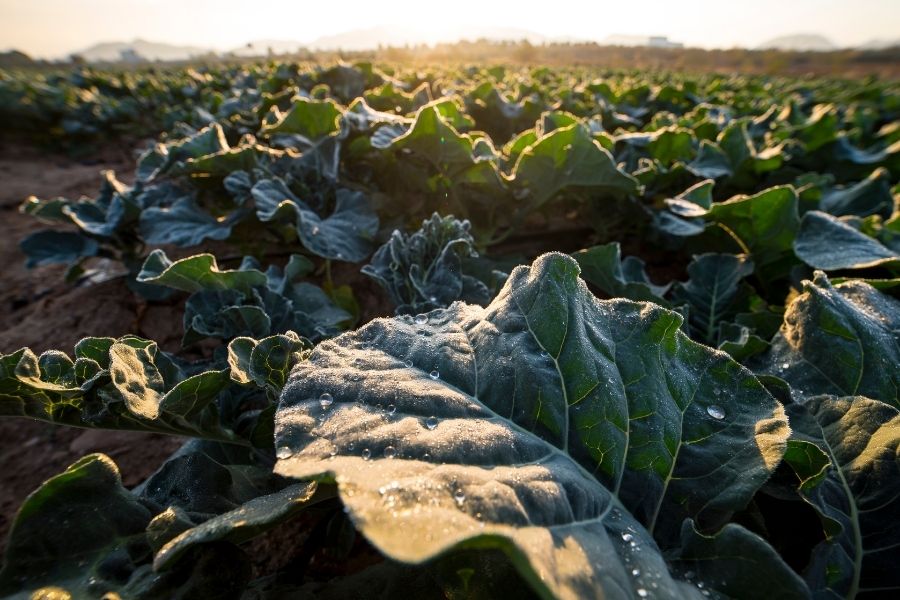 In general, vegetables are more expensive to farm than crops, costing 10 times more to grow. For example, a serving of broccoli costs 14 cents to grow, and wheat costs half a cent. One reason for this is that machines can grow and harvest grain crops, such as a combine harvester.

In contrast, vegetables usually need to be picked by hand. The cost of this human labor then gets passed on to the consumer, who pays more for the produce.

Broccoli farming is affected by changes in weather and by natural events. Over the last few years, there have been large spikes in the spike of broccoli worldwide due to unexpected weather or climate changes.

This year in Australia, the bushfires and resulting droughts caused the harvest of broccoli to be much lower than usual. Also, they caused problems with the storage and transport of broccoli around the country. This caused a spike in broccoli prices.

In 2007 in the UK, broccoli prices spiked after floods caused damaged acres of broccoli crops. In 2017, there was a worldwide spike in broccoli prices due to a combination of unexpected weather events that caused a lower amount of broccoli to be farmed. Namely, an unusually warm winter for desert broccoli farmers. This meant that their planting timings were off, and an unusually cold and wet winter in California delayed planting.

Broccoli prices are affected by supply and demand

Broccoli is more expensive out of season

The supply of broccoli is also affected by the time of year. Some vegetables are very sensitive to frost, such as cucumbers, sweetcorn, and pumpkins. These vegetables need to be grown in warm weather, and can only be obtained locally when the weather is warm. When the weather is cold, there are not as many available.

The available vegetables are imported from warmer countries, which means they are more expensive during colder months. Broccoli is a heat-sensitive vegetable so it needs to be harvested during colder weather. There are generally two broccoli harvests a year – one in the spring and one in fall or winter. Outside of these seasons, broccoli can become more expensive.

What is the most expensive vegetable?

The average price of broccoli comes in at approximately $1.80 per pound. This is quite expensive compared to other vegetables, such as potatoes at $0.78 per pound, bell peppers at $0.35 per pound, and carrots at $0.92 per pound.

There are, however, other vegetables that average a much, much higher price. The world’s most expensive vegetable are hop shoots which cost $426 per pound. Hop shoots are the part of the plant that do not make beer and are so expensive because they are incredibly difficult to harvest.

They are very, very small and do not grow uniformly, so each one has to be actively searched for. Even though they are so expensive, they are usually treated as a waste product when making beer, but some people do use them in cooking, where they are likened to asparagus.

Other expensive vegetables include la bonnotte potatoes at $320 per pound, wasabi root at $73 per pound, and Yamashita spinach at $13 per pound.

How do I get cheap broccoli ? 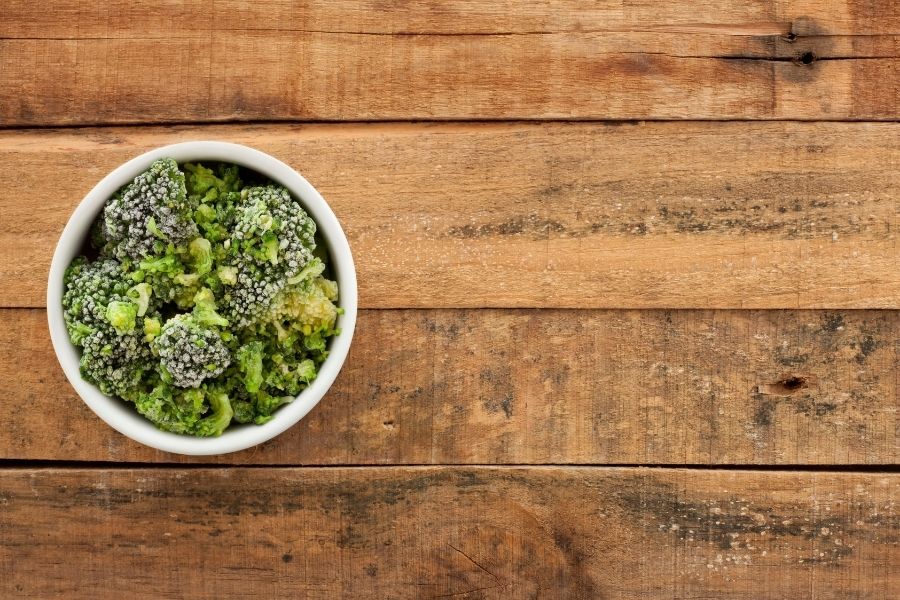 Read Also:Why Is Sashimi So Expensive ?

When asking “why is broccoli so expensive”, it is important to remember that the price of vegetables is affected by the costs of growing the vegetable and how much the vegetable is win demand. These forces both affect broccoli prices.

It is more expensive than other produce due to it being more time-consuming and costly to harvest. Broccoli becomes more expensive at different times of the year due to consumer demand changing.

The price of broccoli is also affected by adverse weather events that impact on farming.