Papaya. As nice as it sounds, it tends to smell weird and sometimes it’s downright bitter.  But why is papaya bitter, and is there anything you can do about it ?

After all, for such a tropical fruit, a bitter flavor really isn’t what you’d expect. And especially in a setting where you’d try to eat the fruit on its own, such as a fruit salad.

So let’s take a look at why papaya can be bitter, and how to fix it (when possible). 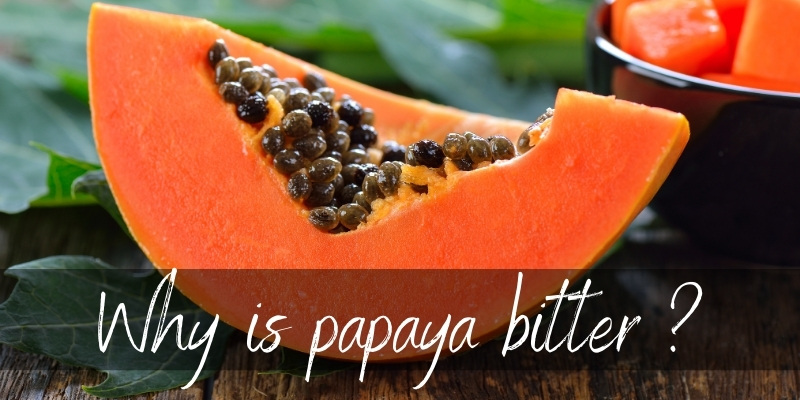 Table Of Content show
1 Why is papaya bitter ?
1.1 Papaya seeds and skin are bitter
1.2 Papain breaks down protein
1.3 Papayas are picked unripe
2 How do you take the bitterness out of papaya ?
3 How can you tell if papaya is bad ?
3.1 Can you ripen papaya at home ?

Why is papaya bitter ?

Papaya is bitter most likely because it’s not yet ripe, even if the flesh is orange. You may have eaten a seed or two without knowing, and they’re bitter as well.

Another important point: always remove the peel of a papaya, aside from the seeds. The peel is just as bitter, much like the white part of a melon.

Papaya seeds and skin are bitter

The exact reason why papaya seeds and peel are the most bitter part isn’t well known. But centuries of people eating papaya and removing the skin and seeds stem from that bad taste.

You may think that simply peeling with a potato peeler is enough. You need to cut off about half an inch to be sure you’ve removed all the bitterness in the outer layer. Conversely, the inner layer where the seeds are present may need to be removed. Not much, just the top layer.

Since the seeds are gelatinous, like passion fruit seeds, they may have left some bitterness on the surface of the fruit.

Another reason papaya could be bitter is the way its main enzyme (papain) interacts with your tongue. Papaya, like pineapple, contains an enzyme that tenderizes meat.

Our guess is that it can also affect some people in how they perceive the taste of a papaya. After all, a meat tenderizer is supposed to break down protein, so it may be actively hurting your tongue.

The final reason your papaya could be bitter is because it’s just not ripe yet. Papaya isn’t terribly sweet, even when ripe. At least when you compare it to pineapple or nectarines or mango, in terms of sweetness. 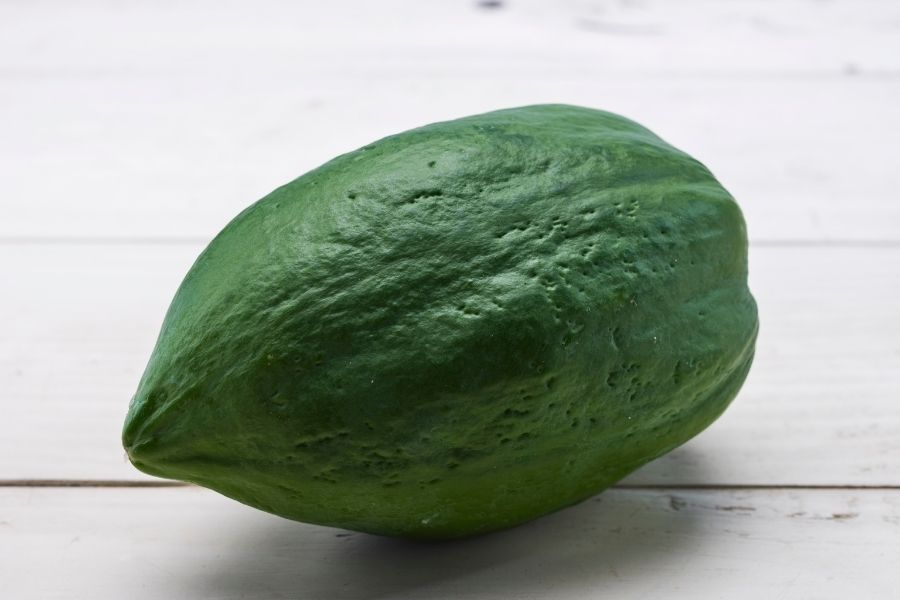 So an underripe papaya may seem quite bitter, since there isn’t enough sweetness to balance it out.

This is especially true if you’re using green papaya, which is decidedly unripe. Green papayas have the highest chance of ending up very bitter, especially if you don’t peel them. Be sure to remove the inner part, even if the seeds haven’t fully formed.

How do you take the bitterness out of papaya ?

An interesting way to remove papaya bitterness is to add a dash of lime juice over it. It works very well for the smell, and it helps with the flavor as well.

If that doesn’t work, you can try parboiling cubed papaya and then cooling them quickly in an ice water bath. Again, remember to peel the inner and outer layer of papaya fruit.

How can you tell if papaya is bad ?

Papaya is bad when it’s actually growing mold and has turned very soft. A ripe papaya is much like an avocado. Yielding if you squeeze it, and will bruise very easily during transport.

But papaya that is mushy is not a good sign. Conversely, an orange papaya that looks great but does not yield at all is definitely going to be bitter. There is a serious problem with papaya when it comes to transport. Underripe papayas are firm enough to transport, but they won’t ripen completely and will end up less sweet than the good stuff.

But ripe papayas will break and smash during transport, so they can’t be sold too far away from the farms. So, a type of papaya was bred to keep tougher even when ripe, but it’s very low on sweetness and flavor in general. Much like the firm, good-for-transport tomatoes that now have barely any flavor, despite being completely red.

Read Also: Why Does Papaya Smell So Bad ?

Can you ripen papaya at home ?

You can try, but we don’t guarantee great results. All fruits produce some amount of ethylene, which is a gas that is released as the fruit matures and then spoils. It also effects the fruit directly, further maturing it.

Trapping that gas with the fruit will make it ripe faster, but also spoil faster. So the classic brown bag trick may work with papayas, but try not to leave them there more than 2-3 days. If you want to speed things up, add a banana in there as it produces more ethylene than others.

Your papaya should change color to a nice orange out the outside as well. Don’t fret  if it’ still green, some varieties are like that. Instead go by firmness. Is it like a ripe avocado ? Good, it’s probably good to eat then.

Be warned though, if you’ve never had papaya before. It can smell weird, like the first time you open a pumpkin.