Salami is an amazing deli meat. So amazing we can’t get enough of it sometimes, so we end up with way too much of it. What do you do with leftover salami, then ?

Well, you freeze it. But can you freeze salami ? And if yes, how do you do it so you don’t ruin the meat ?

This is what we’ll be talking about today, plus a couple of tips on how to make salami last longer so you don’t have to crowd your freezer. 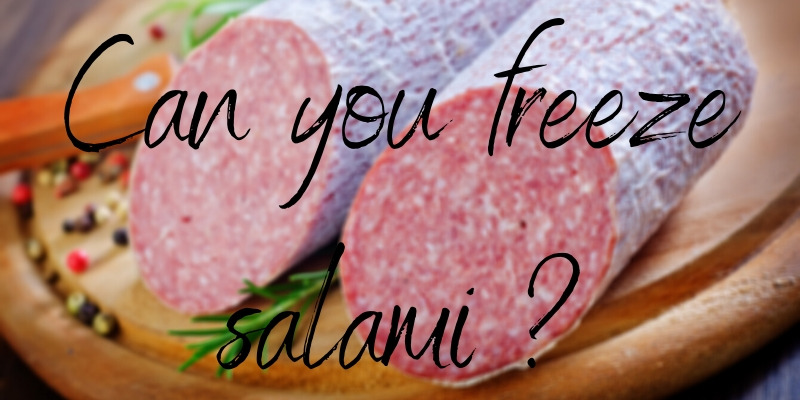 Can you freeze salami ?

Yes, you can freeze any kind of salami. There are a few things you should be wary of before freezing salami, and we’ll discuss them in this article.

Please note that due to the low moisture in salami the freezing process won’t take very long, but this also means you need to be careful when thawing it.

After all, salami is made of cured, dried meat, fat, and seasonings and is not a raw. It lasts for a long time by itself in the fridge, so it will perform well in the freezer too.

Can you freeze sliced salami?

How to freeze salami + a few tips

Keep in mind that salami is cured, dry meat and as such it won’t behave like any old chunk of meat. Since there is very little moisture but a lot of densely packed meat the very inside of the salami will take a while to freeze completely.

When freezing salami you should take the time to wrap it in plastic wrap, or keep it in its original packaging. We mean the plastic packaging some salami types come in, so they’re kept safe from any contamination or change in moisture level.

A good container or plastic wrap will maintain the current moisture level and will prevent any moisture loss, which is very important for salami and deli meats in general.

How long does salami last in the freezer ?

Salami will still be edible if you keep it frozen for more than 3 months. But its flavor will suffer greatly, since it may develop the dreaded freezer flavor, and it may just get freezer burn as well.

So in short, do your best to not keep salami frozen for more than a couple of months.

Another important point is to freeze it in small portions. This way you’ll only take out each portion and use it when needed, instead of thawing a big chunk and freezing it back again.

No food should be thawed and refrozen, because it ruins the texture, and eventually the flavor. 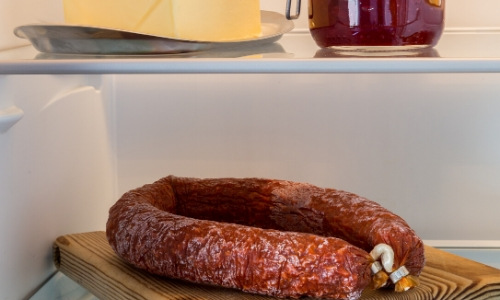 Thaw salami in the fridge, overnight

When you thaw salami make sure to do it overnight, in the fridge.

In fact this applies to any meat, for two reasons:

First, if you hurry the process you may get a weird change in flavor because the exterior will be warmer for longer than the inside, which may still be frozen.

Second, thawing overnight in the fridge reduces the chances of the salami being susceptible to mold development. Bacterial growth is very rare since deli meats are highly salted and as such hostile environments.

Even so, you should take the time to thaw salami in the fridge, instead of on the counter at room temp.

How to make salami last longer

There are ways to make a roll of salami last longer, without freezing it, or to use first before freezing.

Keep in mind that salami has a very long shelf life on its own, for a meat-based product. If kept at a cool temperature it can last up 6 weeks, provided there is no humidity and the temperature is kept even.

If you’ve got a pantry that can consistently hold a temperature of 10 C/50 F (or even a bit lower) then you’ve got yourself set.

The roll of salami will keep for those 6 weeks and possibly even longer, if you don’t remove it from its plastic packaging and there is no moisture in the pantry.

Read Also:Here’s What Pepperoni Is

Try keeping salami in the fridge

Possibly the best place to keep salami when you’re trying to help it last for far longer than its ‘eat by’ date, the fridge is a very safe and secure environment for any salami or deli meat.

Due to the much lower temperature – about 2 C/35.6 F – salami end up lasting far longer in the fridge than on the counter or even in a cool pantry.

It can last up to 6 months, unopened and with the plastic packaging still on.

If you’ve started the roll of salami you need to know it won’t last as long as 6 months, mostly due to moisture loss over time because you need to remove the packaging. 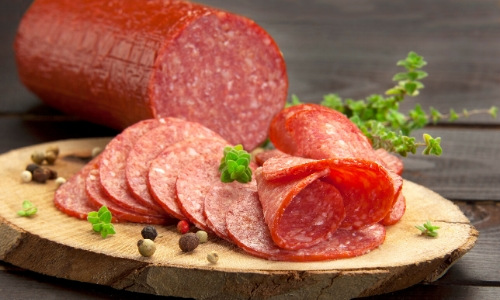 Even so it can last well past 2 months if you’re careful about it.

After you’ve kept the salami in the fridge for 6 months, you’ve probably gone through all of it. But if you still have some leftover then feel free to freeze it for three months.

This way you can stretch a roll for 9 months, in case you need the extra time.

Please note that salami (or any deli meat) tastes better when close to room temperature – about 20 C/68 F – and its texture will be better.

If you’re getting packaged, pre-sliced salami it will still last past its due date, but don’t push it more than 2-3 weeks.

The conclusion is that you can freeze salami without too many difficulties but you have to be careful when you thaw it afterwords.