Wondering if you’ve overcooked your dinner ? Sometimes you get it right, sometimes you get it wrong. Some of the best cooks out there have had their occasional fail, and that’s okay. But can you actually overcook soups ? Aren’t they supposed to be simmered for eternity anyway ? What is an overcooked soup in the first place ? Is it flavor, is it texture ? Let’s take a look, and keep in mind this post covers classic pot-on-stove cooking, not slow cookers and crockpots. Those work differently and with different temps. 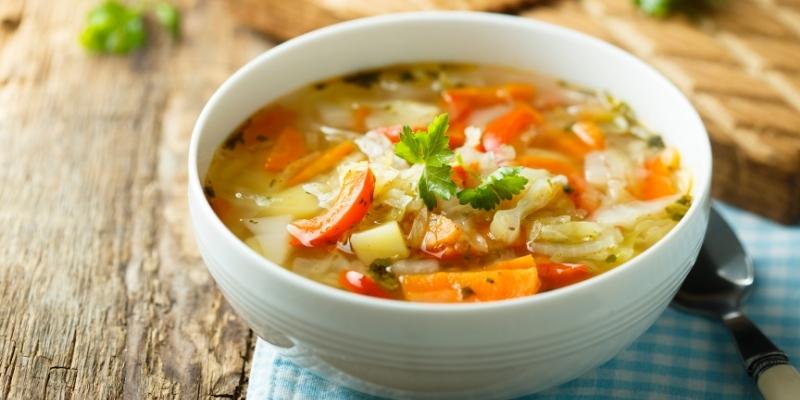 Table Of Content show
1 Can you overcook soup ?
1.1 Meat-based soups can’t really be overcooked
1.2 Veggie soups can be overcooked (texture)
2 How long should I cook soup for ?
3 Should you cook soup with the lid on or off ?
4 Does soup get better the longer it sits ?
5 Can you leave a pot of soup out overnight ?

Can you overcook soup ?

No, you can’t really overcook soup, only overcook the vegetables so they lose their texture. Soup gets better the more you cook it, so a soup simmered for 2 hours will always taste better than one simmered for 1 hour. If you’re worried about forgetting your soup on the stove for 3 hours, it’s likely doing just fine, but may need some extra water, depending on how much you added in the first place and how high the heat setting is. Here’s a better, more detailed breakdown as to why you can and can’t overcook a soup.

Mean-based soups take a long time to cook in the first place – over 1 hour since it began simmering. The meat, skin, bones, and connective tissue all need time to break down and cook through, so the soup becomes edible and most bacteria cooked off.

And if your soup has somehow been simmering for 5 hours and the veggies have broken down and you’re worried it’s too much, you can always turn this into stock. Strain it, and store it safely in the fridge in an airtight container, and use as you need.

Veggie soups can be overcooked (texture)

Vegetable soups can be overcooked only if you’re looking to retain more texture. The longer you cook anything, the deeper and more nuanced the flavor. But with vegetables, they cook faster and break down easier than meat, so they will turn soft in under an hour of active simmering.

A good workaround to an overcooked vegetable soup is to cream it. If your root vegetable and spinach stew turned way too soft, blending it will help turn it into something intentional instead of accidental.

Read also: Can You Reheat Broccoli ?

How long should I cook soup for ?

Most soups need at least 1 full hour of simmering or boiling on the lowest heat setting. That’s 1 hour since the soup has begun to boil, not since you put the pot on the stove. Meat soups take longer to cook than veggie soups, but even so a very good veggie soup will have a better flavor after 1 hour of simmering than after 30 minutes, especially if you’re cooking with root vegetables that take longer to cook thorough.

You can’t really overcook soup, or cook it for too long. You should definitely stop when the met easily falls off the bone (of meat-based), or when the root veggies are easily cut through with a spoon.

Always simmer your soup on low. High heat will easily damage the texture of most ingredients, and most flavors are better when slowly extracted at a simmer vs a rolling boil. 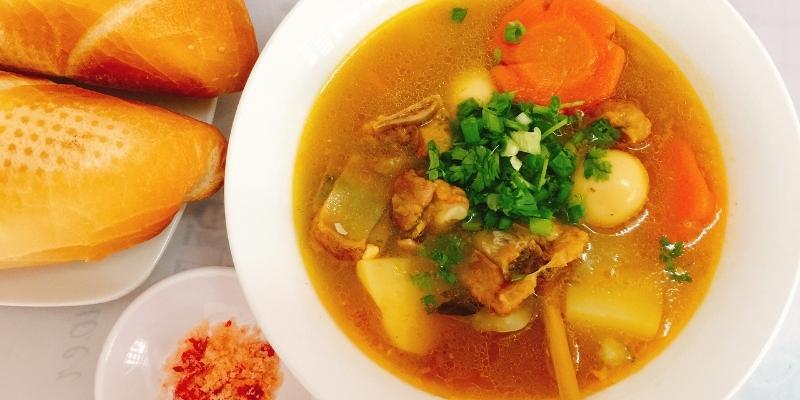 Should you cook soup with the lid on or off ?

Most of the time you want to cook with the lid on, though that can be a personal preference. The lid on traps more moisture in the pot, so there will be less evaporation, so less of a chance of your soup burning due to too little liquid. The lid on can also mean your soup will be too ‘thin’, the ratio of flavor to liquid too high.

You can cook with the lid off, but there the water will evaporate very fast, and you may find yourself having to add more water. Any time you add fresh water to a boiling pot, it needs time to get back up to its previous simmering heat. So you prolong cooking time.

A good in-between is to cook soup with the lid a bit open. Don’t cover the pot completely, put the lid at an angle. This way some water will evaporate, and some will remain in the soup.

The again, this is a very personal decision. I’m not comfortable with cooking without the lid on or at least at an angle, since anything can fall into that pot if you’re not watching over it.

Read also: Why Do You Soak Liver In Milk Before Cooking ?

Does soup get better the longer it sits ?

Soup gets better the longer the ingredients simmer together, but heat is a key ingredient here. Flavor is slowly extracted and each ingredient mixes with the others in terms of taste, and you get a very nice mix by the end of the cooking time. The lowest heat setting is the best way to extract all these flavors, along with longer cook times.

When the soup is cold (done cooking) but the ingredients sit together overnight – for example soup stored in the fridge overnight – the ingredients won’t mingle as much as they would if the soup were still simmering. So yes, soup does get better the longer it sits, but more than 90% of the flavor enhancement happens as the soup cooks.

Three day old soup does not taste better than fresh soup, even if it did sit for longer. Here’s why. Your soup, regardless of ingredients, also contains an incredibly small amount of bacteria and fungal spores. This is normal and a product of it being exposed to the air, even if you’ve later covered it. As the soup sits, the bacteria will eventually start to multiply. This happens at a much slower rate when the soup is very cold, like in the fridge, and happens faster if you leave it out at room temp for 2 days.

But even left in the fridge for 3 days, the bacteria will still multiply enough to change the flavor a little. Not pose a threat just yet, but it will still be a bit… off. So if you’re hoping to get a better flavor by letting the soup sit in the fridge 2 days, don’t bother. It won’t be that much better, and it might just taste a little odd.

Can you leave a pot of soup out overnight ?

Don’t leave your soup out overnight unless your kitchen gets to near-freezing temperatures. This is because as the soup cools down, it will then just sit at room temperature for several hours, which speeds up the rate at which bacteria and mold can breed. You can safely let your pot of soup to cool down to room temp or just a little warm, like 2-3 hours. But you need to move it to the fridge ASAP.

Don’t put hot, steaming soup in the fridge. Not only will your fridge have a very difficult time cooling it down, your tempered glass rack may or may not handle the sharp temperature transition. It’s important to never leave any sort of food out overnight, and there is a time limit yes, but it’s a reasonable 2-3 hours after the food is done cooking.