Whether you’re connoisseurs of fresh, leafy greens, avid gardeners always looking for new plant info, or just curious minds like us, you may be surprised to know that there are actually four different kinds of spinach! Though, most agree that there are three categories, there is a special fourth that we’ll discuss later!

Knowing this now, you may be wondering if baby spinach is one of those four. After all, it is sold all over the world and highly popularized because of its small, cute, and tasty qualities! So, just keep reading to find out if there is truly a difference between common spinach and baby spinach! 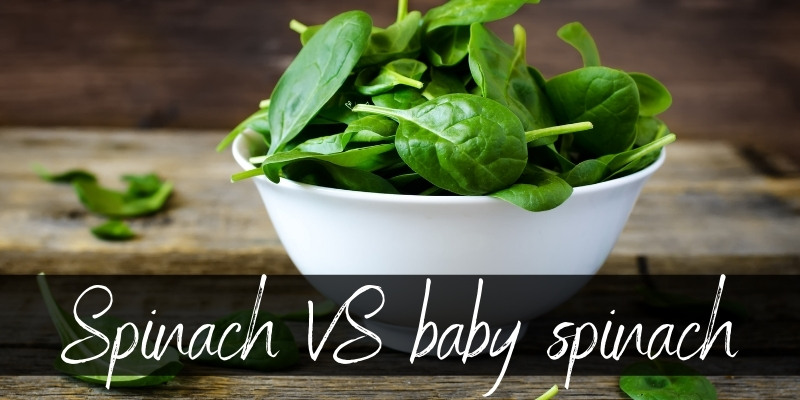 Spinach VS baby spinach: are they the same?

Baby spinach is actually just the smaller, younger leaves of the flat or smooth leaf spinach variety! So, if by “spinach,” you mean flat or smooth leaf, then no: they are not different! They are essentially the same leafy green, with the youngest leaves being picked when they’re still small.

That being said, if you connect the spinach vegetable with savoy, semi-savoy, or wild spinach, then they are technically different from baby spinach!

Since we understand that this could be a bit confusing, we’ll be discussing the four different kinds of spinach next! Plus, we touched upon interesting spinach facts in our article titled “What Does Spinach Taste Like!” Go ahead and check it out if you’re interested!

What are the four kinds of spinach?

Though most folks will say that there are only 3 kinds of spinach, there is a fourth that tends to slip under the radar! However, all of them are quite similar, which is why one may be tempted to categorize them simply as “spinach.”

The next spinach variety is called savoy. This is that beautifully dark green, bumpy, almost kale looking spinach. Its flavor tends to be a bit richer, but certainly not overpowering. In fact, many seem to enjoy savoy spinach more than the rest because of its unique texture and deep flavor!

Then, you’ve got a mixture of the two above types: semi-savoy. Semi-savoy, as the name would suggest, is only partly akin to savoy spinach, while also being part flat leaf! This means its color is a bit lighter, like flat leaf spinach, while its texture is slightly bumpy like savoy!

And finally, the black sheep of the group is wild spinach, also called lamb’s quarters. This is, in fact, the wild variety of spinach that many gardeners will recognize as a mere weed they love to rip out of the soil every spring to make room for, ironically, domesticated spinach plants, among others!

As it is wild, its flavor is much more earthy and bitter, and its texture and look is pointed and slightly fuzzy rather than the traditional round, smooth (or bumpy) spinach leaves you buy at the grocery store.

As you can imagine, baby spinach is simply called that because it is young spinach. Similar to white, green, and black tea leaves (each of which are different aged leaves of the same plant), baby spinach is flat leaf spinach that has been picked off the plant when it is still small.

So, let’s talk about these differences so you know exactly what kinds of spinach you’ll want to buy! Here we go! 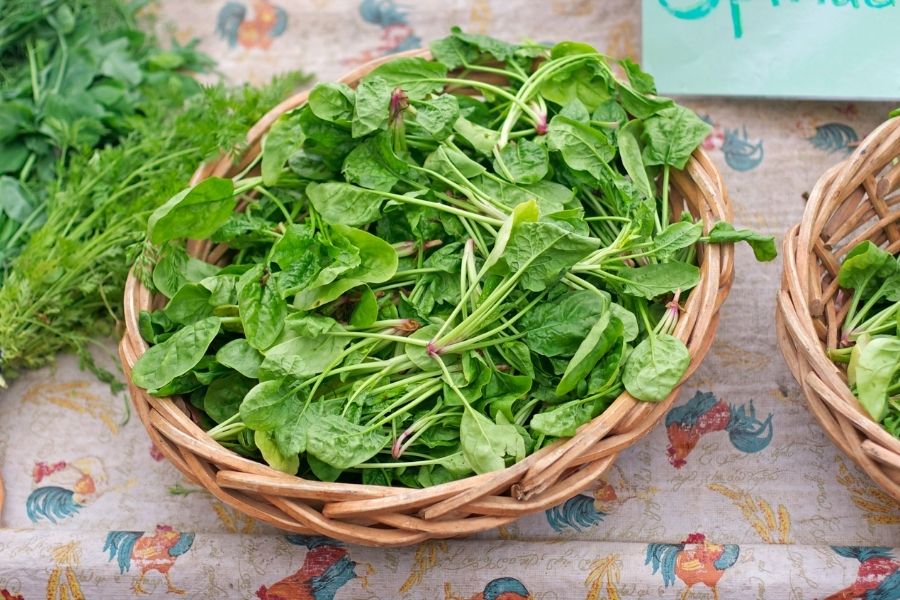 Do baby spinach and regular spinach look the same?

For the most part, yes! Since baby spinach is merely made up of the youngest leaves of the flat leaf spinach plant, it has a very similar look to its adult counterpart. Baby spinach and flat leaf adult spinach both have long stems, round leaves, and a bright, saturated green color.

But, again, when a green grocer says “baby spinach,” they mean young flat or smooth leaf.

Do baby spinach and regular spinach feel the same?

Both baby and adult flat leaf spinach have a very distinctive texture, especially in the mouth. They are filled with water and something called oxalic acid, both of which combine with other chemicals in the plant to form a unique bite!

That’s why, when you take a nibble of either adult or baby spinach, you will feel a bit of a squeak on your teeth that lets you know you’ve eaten spinach! This chemical also provides both adult and baby spinach with its well-known dry and fuzzy feeling in the mouth. So, don’t worry! It’s not an allergy; that dry feeling is just the oxalic acid mixing with your saliva! 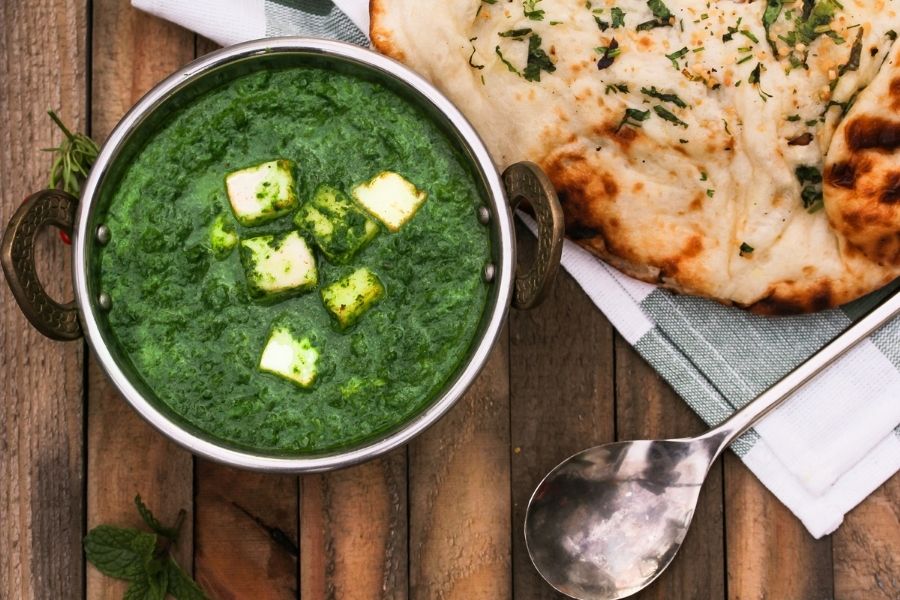 Do baby spinach and regular spinach taste the same?

Taste is the real game changer when it comes to spinach and baby spinach. Traditional adult spinach usually tastes quite mild, but still bitter and earthy. Basically, when you eat adult spinach, it may taste as though you are eating the color green!

However, baby spinach is actually quite sweet; not sugar sweet, but still sweet. As it is still young, the tannins in its leaves are not fully developed, so that characteristic bitter flavor is much more mild in baby spinach. Plus, it tends to be a bit less earthy, as well!

Therefore, if you are not a huge fan of that green, earthy flavor, you may want to test the waters with baby spinach first! That being said, both are quite delicious and good for you, so they can usually be used interchangeably in dishes from boiled spinach to homemade spinach and feta pizza!

While they are the same vegetable, there are some differences between baby spinach and spinach that can make you choose one or another depending on the recipe you are going for.

Like many other fruits or vegetables, they change their taste when fully grown so it’s not a thing just for spinach and baby spinach.