Chicken livers are a beautiful little thing, and they bring so much flavor to a dish. But some folks simply don’t like them, since they bring way too much flavor. True, liver can be overwhelming sometimes, so you have to be careful what you serve it with. Or maybe you love liver but just can’t find some chicken liver to save your life. What can you do ?

Well the answer to all of this is, of course, a chicken liver substitute. There are a few substitutes out there, fairly close to the original flavor. So let’s take a look. 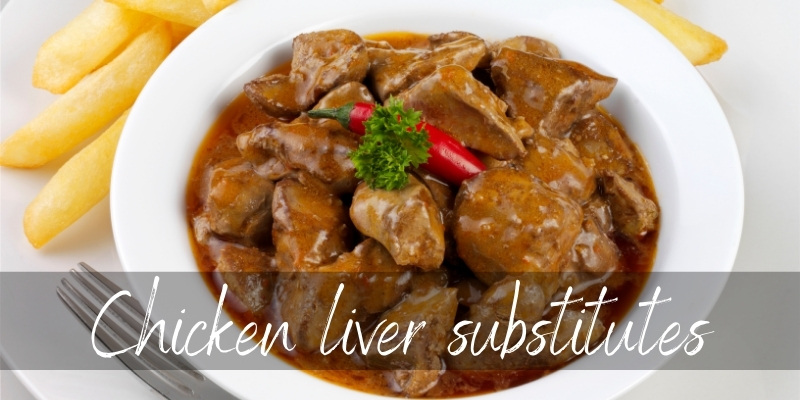 Chicken liver brings a deep, gamey, metallic flavor based on how highly vascularized a piece of liver is. So it will essentially taste like blood, but in a savory way, at least for those who like liver. There is also a bit of bitterness and flavor that is specific to the organ itself, and you can only replicate that with another liver. Now let’s take a look at the substitutes.

The first substitutes you need to look for are livers from other poultry, like duck, goose, and turkey. They are fairly similar to chicken liver in flavor, if maybe a bit stronger and larger. Depending on where you live, these may be easier to find than chicken livers.

Read also: Can You Reheat Liver ?

They need to be cleaned and handled just like chicken livers, and cooked the same way too. They may end up a little tougher, but other than that the cooking process is largely the same.

If you can’t find liver, you can look for hearts. Sometimes you’ll find the hearts packaged on their own, and sometimes you may find them mixed in with gizzards. Gizzards end up much tougher than liver or hearts, so we recommend separating them from the hearts if you buy.

So, the hearts will have more of a rubbery, chewy texture than the liver. But they will have largely the same flavor, with considerably less bitterness. Be sure to thoroughly clean them, since they can have clotted blood stuck in some cavities. If they’re larger hearts like turkey, cut them in two and clean them like that.

Hearts do not break down and get creamy live liver, but they will work great in terms of flavor.

Another option would be to try blood pudding or sausage, though you may find them under different names in different regions. The idea is always the same, a sausage made from the cooked blood of the freshly slaughtered animal, with something like ground grains added to absorb the moisture. It’s then fed into a casing, like any other sausage, twisted, and sold-as-is. 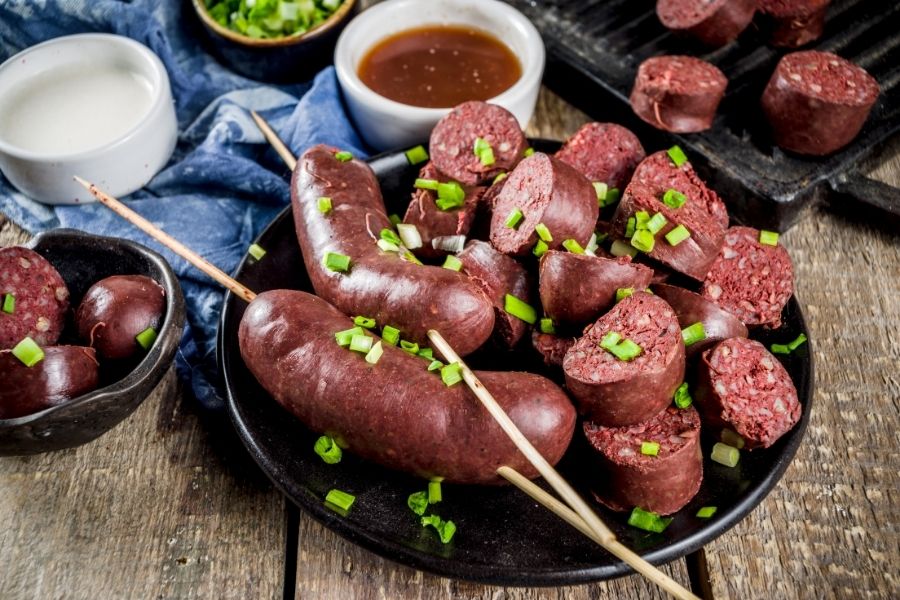 The trouble with this sausage is that it’s always made with this or that spice or herb, so it will change the overall flavor of your dish. If you’re not crazy about liver then this may actually be a good thing. It’s also a smoother sausage, and it will break down and turn a little creamy, just like liver.

4. Chicken pate may work in pies

In a worst case scenario you can look for a chicken pate, if you’re making something like a pie. It may be difficult to incorporate it into a pasta sauce.

Are there any vegetarian or vegan liver substitutes ?

Unfortunately we’re not aware of any vegetarian or vegan liver substitutes that will actually taste like the real thing. The only veg close to liver in terms of vague flavor is mushrooms, though even that’s a stretch. You can try looking at the ingredients of a vegetarian pate and taking inspiration from there.

Why is liver bitter ?

Liver is a bit bitter because of its tissue that filters the toxins out of the bloodstream. This means it will always have a slightly bitter, metallic flavor, reminiscent of blood.

If the liver you’re wondering about is particularly bitter, it’s likely been tainted with bile. Sometimes this happens when the chicken is slaughtered and the liver cleaned, and it could be that the butcher wasn’t paying attention.

Why is liver green ?

Liver can appear green when the gallbladder is still somehow attached. It could be the whole thing, or just a bit of it, or it could be the bile burst and tainted everything. In some rare cases the bile can seep into the liver itself, and appear as green spots under the liver membrane.

If you notice a piece of liver is green when you’re handling it, you’re better off cutting it away than putting it in the pot. If the whole lobe is contaminated, throw it away.

A few tips to tone down liver flavor

If you’re making something that specifically asks for liver in its ingredients and don’t really want to because you think the flavor is too strong, here’s some ideas:

Aside from all this, you can simply add less liver than the recipe asks for. The liver itself can even be removed after it’s done cooking. This way you’re definitely going to get the flavor, but will not get a burst of extra liver whenever you bite into a piece.

Or if you don’t mind leaving the liver in, chop it finely after it’s done cooking, just to not get larger chunks.

And that’s pretty much it, now you know what you can use in place of chicken livers if you ever have to. To be fair, liver is fairly hard to replace, because it’s not just the blood flavor that’s missing. But you can get there in the end.