Summer’s coming right up and so is fruit. And what other way to enjoy fresh, delicious fruit than to bake them with a bit of pastry dough ? Now you have the option to choose just what you’ll be baking. If it a pie ? Is it a cobbler ?

The cobbler vs pie discussion has always been around, leading cooks around the world to wonder just what exactly did they bake. It always ends up delicious, no matter what you decide to bake. But to clear things up, let’s take a look at the main difference between cobbler and pie, and the signature look for each of these. 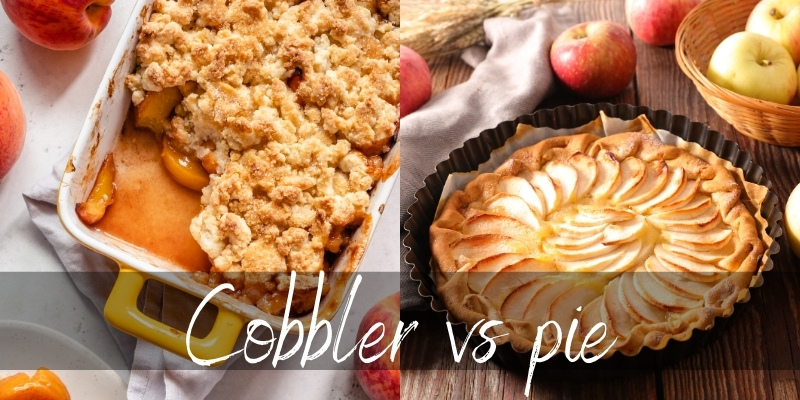 When it comes to a top crust, cobblers have different kinds of crust, some more crumbly, some like biscuit, some like cake batter. Pie crust is always somewhere between crumbly and chewy, just like the bottom crust.

To make things clearer, let’s take a closer look at what a cobbler is, and what a pie is, and a short history of both ways to bake fruit.

What is a cobbler ?

A cobber is a sweet baked dessert made up of sliced fruit and sugar, set in a baking dish, and topped with a sort of curst. It can be almost any crust, such as biscuit dough, cake dough, pie crust, or cheesecake crust. The end result is a dish that is gooey and fruity on the inside, and has a nice, crispy yet chewy crust on the top.

The bottom crust of a cobbler does not exist, and this is the main difference between a pie and a cobbler (aside from crust ingredients). 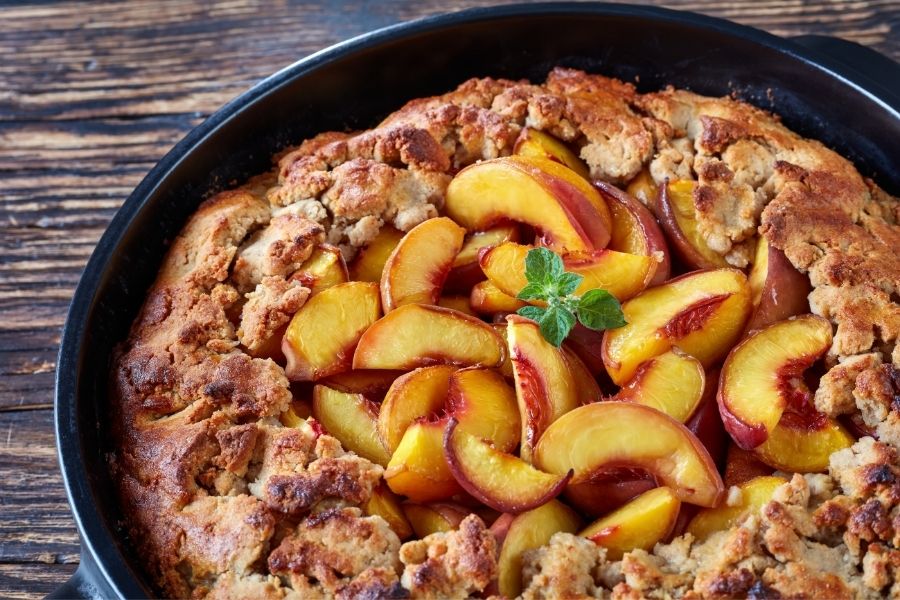 Read also: Should Pie Be Refrigerated ?

A cobbler always looks messy, it’s part of its charm. It’s mostly due to the fruit juices that seep out. Because the fruit is almost completely covered, but it’s a very loose covering, the cobbler will end up drier than your average closed pie. Moisture can and does escape through the top, while in a closed pie the filling remains quite moist.

How the cobbler came to be

The cobbler is the result of the British American colonies, when settlers were no longer able to find all the ingredients they normally used for their pies. So they made a simpler ‘pie’, with an improvised top crust and no bottom crust.

The name ‘cobbler’ may have something to do with the phrase ‘cobbled together’ (to make or assemble together hastily). As cobbler was a sort of improvisation, if this is the case then the name suits it well. It could also be called so because of its uneven surface that may resembles cobbled stone paths.

A pie is a type of dish, usually a dessert, that has a filling encased in pastry dough on the top and on the bottom. Some pies may be open faced, meaning they have no top crust, only a bottom crust. Other pies have a lattice top, where the crust is cut into strips and different shapes, and artfully layered on top to create different patterns.

Pies can be both sweet and savory, and their crust (top or bottom) is always of the flaky, crumbly kind. 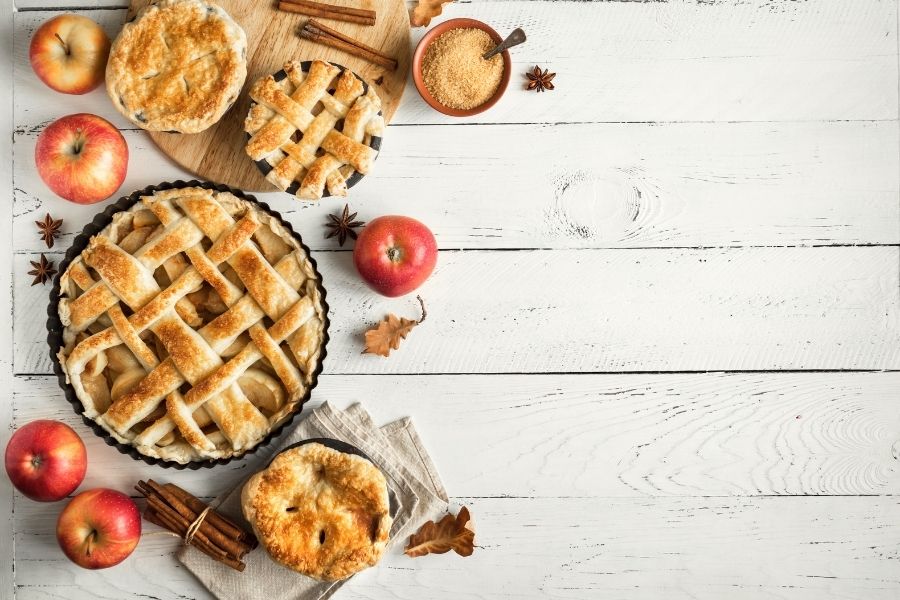 How the pie came to be

Pies are actually ancient, dating back to the Roman empire and possibly even before. The Romans used a mix of flour, water, and fat to form a dough that they would lay over meat before making it. The result was a juicy baked meat. The crust wasn’t really meant to be eaten.

As time went on, pies started to have crust on the bottom as well, and became taller. They were almost exclusively meat pies, filled with different small birds, offal, or cuts of meat from larger animals, raising, hardboiled eggs, and so on.

Read also: Do Pancakes Have Eggs ?

This is the basis for the English meat pie. As the sugar trade flourished and the British Colonies got a hold of some sugar, they started experimenting with fruit and sugar, getting closer to the sweet pies we know today.

Still, pies were tall and thick, nothing like today. The change to wide, shallow pies came when the Pilgrims settled in America. They started using more fruit (especially apples, which were abundant) to stretch out the amount of dough, leading to a mostly fruit kind of pie.

How do you know if a cobbler is done ?

Cobbler is done when the top crust is a deep amber color, more than golden. The underside of the crust will be cooked but soft, because it is exposed to the juices from the fruits.

If the cobbler is bubbling and the top is not yet done, reduce the heat and check on it again in about 5 minutes. Cobblers should not be runny, but even so the filling won’t be 100% solid. To help it keep more of its shape, make sure to add a bit of thickening agent like flour or tapioca flour into the mix, before you start cooking.

Pies have been analyzed and looked at in so many ways, it’s hard to not know how to fix a pie, or avoid the most common mistakes. Cobblers ? Not so much. This is why we’ll take a look at the most common cobbler troubles, and see if there’s any way to fix or avoid them.

A soggy cobbler is nothing anyone want to eat. And there’s no real way to thicken it once it’s already cooked. So, what can you do to avoid it in the future ? Drain your fruits, especially if they’re frozen fruit.

This way they won’t leave a puddle at the bottom of the dish. You should also mix in some thickening agent, like flour or tapioca powder, to soak up all that extra juice and turn it into a nice, gooey filling.

A gummy cobbler is likely the result of using canned fruit, possibly without some extra liquid. Canned fruit is sweetened, and all that extra sugar is only going to thicken and caramelize the fruit.

So make sure you add a bit of cooking liquid, be it water or cream or some syrup.

When you’re covering your cobbler, you’re likely using dough that can be scooped right onto the fruit. Try to leave a few small gaps here and there, because a completely covered cobbler will be soggy. Those little gaps allow some steam to escape, otherwise you’ll just end up with a soupy mess.