If you’re in a berry conundrum you might find it hard to decide between blueberries and cranberries, especially if they’re in season. The thing is, both fruits are delicious in their own way and are used pretty differently.

So what’s the main difference between the two ? Which should you use, and for what ? Can you substitute one for the other ? And how did the cranberry become a staple in American cuisine? 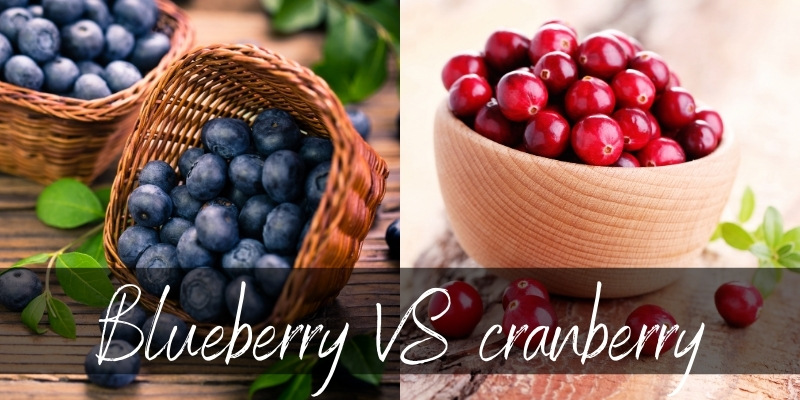 Cranberries and blueberries are closely related, but different fruits. Where a cranberry is sour and a little bit bitter when raw, blueberries are sweet and tart. There’s a difference in season, with blueberry season spanning from April to September, after which cranberry season starts (September to November).

So which you end up using depends on what flavor you’re looking for, and when you’re cooking. Blueberries are always sweeter than cranberries. Cranberries are often sold dried and sugared, and often still need a little more sugar.

Cranberries are a very common sight in North America, less so in Europe. In NA, the subgenus farmed is Vaccinium macrocarpon, while in Europe it’s usually Vaccinium oxycoccus. There is no significant difference in size, color, or taste between the two.

These fruits are bright red, grow in bogs, or wetlands, and the great thing is that the berries flat, making harvesting incredibly convenient. You’ll find cranberries on the dinner table in some form or another once fall comes. 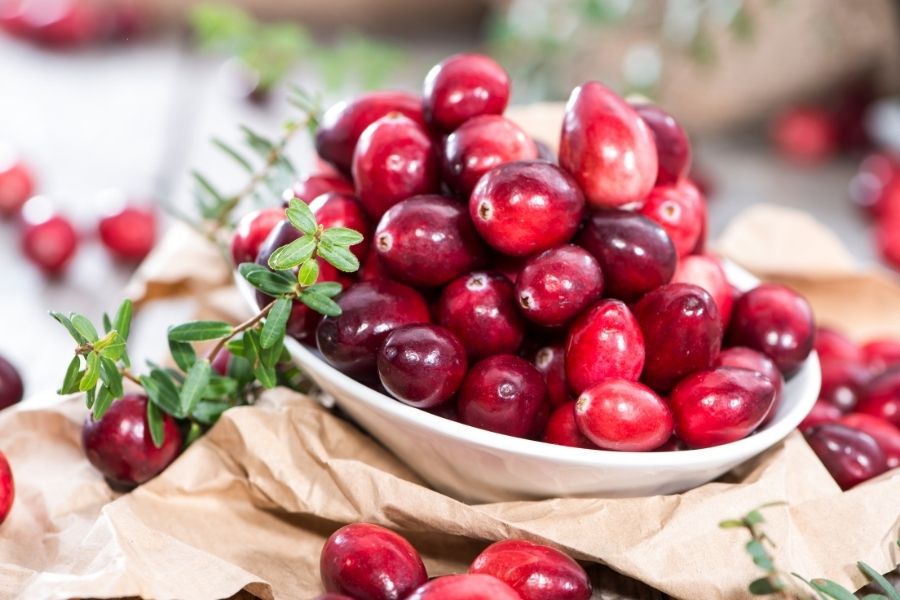 Blueberries are decidedly blue, with two distinct types. The first is the wild blueberry, which are a blue so dark they’re almost black. They’re also called lowbush blueberries, and they’re much smaller than the ones you see in stores.

Highbush blueberries, the large blue ones, are grown and farmed commercially and bring less sweetness to the table than the wild ones. Still, their juice and overall flavor is the same.

These fruits are also common in the Northern Hemisphere, and they’re cultivated somewhat equally throughout the hemisphere. They come in season much sooner then cranberries, so you’ll find them in stores faster.

Other than that blueberries are often used for desserts and sweet foods, and only sometimes used for savory foods like in sauces for red meat.

Both fruits belong to the Vaccinium genus

You may have noticed that blueberries and cranberries look very similar, grow in similar places, and are used in similar ways. Well, they’re actually cousins !

Both belong to the Ericaceae family, the Vaccinium genus, with cranberries in the V. oxycoccus or V. macrocarpon subgenus. Blueberries are in the V. cyanococcus subgenus, named so because they’re blue (cyan).

This classification means several things. Rather than bring very different plants, they’re actually related and have a lot in common. They grow in very similar areas, their fruits are similar in look, shape, and properties. This also means they end up used in largely the same ways.

That being said, there are difference between the, aside from the colors of the fruits.

Fresh blueberries are on the sweeter side

If you’re looking for a sweeter fruit to use in yogurt or smoothies and you want it to be fresh, raw, and sweet on its own then go for blueberries. They’re not very sweet, but definitely sweeter than cranberries.

Cranberries often need to be sweetened and cooked before they can be used.

You can find dried cranberries much easier

Both blueberries and cranberries are also available in dried from, But cranberries are much easier to find, since they’re often used on other meals like muesli or added to muffins or to savory dishes. 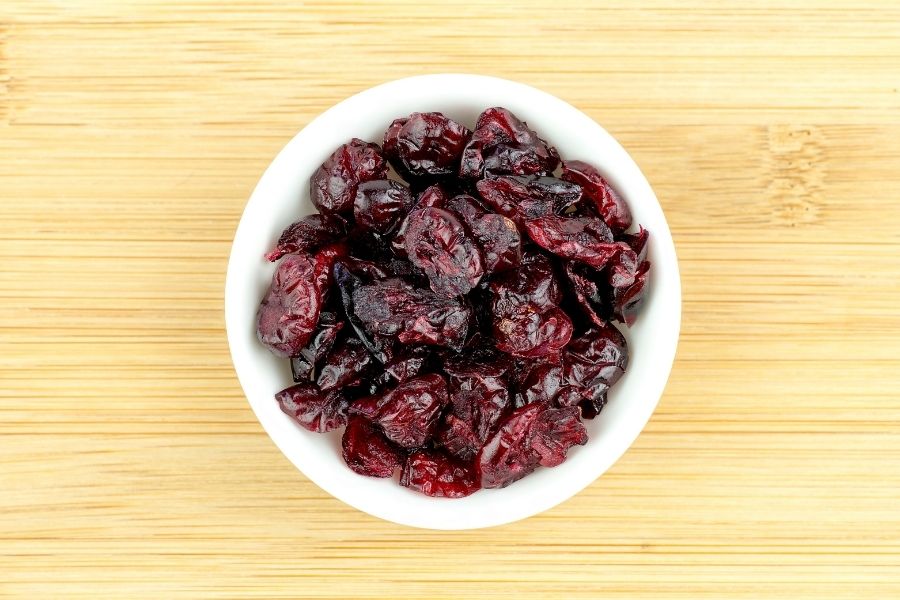 If you’re looking for blueberries out of season, your best bet if a blueberry jam or frozen fruit. Dried blueberries aren’t as common, so if this matter to you now you know which to choose.

In one way or another, cranberries are often on an American dinner table. It could be jam, sauce, pie filling, juice, anything really. but why cranberry and not blueberry ?

It all has to do with the native tribespeople of North America. Cranberries grew there before colonists arrived, and the various tribes already there were using the berries for food and medicinal purposes.

The habit was picked up by colonists, and once Thanksgiving happened, cranberries became a routine fruit on the table. Ever since, cranberries have been added to different dishes, sweet or savory, to bring a bright, tart note to the meal.

Over time it became a tradition and now there is no fall season without cranberries served in one way or another.

Can you substitute blueberries for cranberries ?

You can substitute blueberries for cranberries, as they provide sweetness, tartness, and the right color juice. But if you’d like to use cranberries in place of blueberries, you need to cook them through and sweeten them. Or use the dried and sweetened kind.

Otherwise they’d be too sour to use. Both cranberry and blueberry juice is dark red, but blueberries have a decidedly purple note.

Is acai related to blueberries and cranberries ?

Despite being similar in look to blueberries, acai berries are actually the fruit of a palm tree. Yes, they belong not only to a different subgenus and genus, they’re also in completely different families.

Where the blueberries and cranberries belong to the Ericaceae family (it’s the heather family), acai belongs to the Arecaeae family. They’re so far apart the only thing they start to have in common is the fact that they’re Angiospermae. Get your mind out of the gutter, that classification only means they come from a line of flowering plants. Like pretty much every other fruit or vegetable ever.

So, blueberries and cranberries. They’re different, but the same but they’re still different. They’re cousins and they’re kind of different in flavor too. One’s better for sweet dishes, the other really needs some help in the sweetness department.