Pancakes and waffles area classic when it comes to breakfast, and even brunch. Both are delicious, sweet or savory treats that are also incredibly filling. 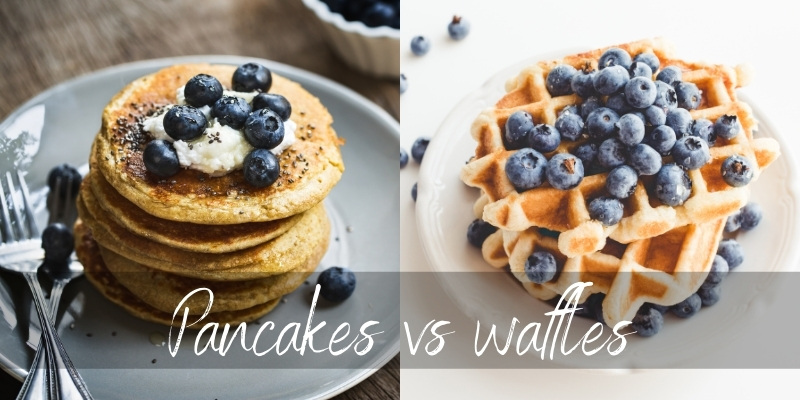 Table Of Content show
1 Pancakes vs waffles
1.1 Waffles require a mold or press
1.2 Pancakes are lighter and fluffier
1.3 Waffles can hold more toppings due to their shape
1.4 Pancakes use eggs differently than waffles
1.5 Both pancakes and waffles are highly customizable
2 Are waffles better than pancakes ?
2.1 Can you substitute waffles for pancakes ?

Pancakes tend to be lighter and fluffier than waffles, mostly due the the way the egg is added. Waffles are denser, and often regarded as better-tasting, possibly due to having more butter in their mix.

Where pancakes are cooked on one side and then flipped, waffles are made in a mold that sears both sides at the same time. This results in a slightly different taste in both sweets.

Neither waffles nor pancakes are beginner-friendly. Pancakes are notorious for breaking when trying to flip them, and waffles cannot be made without their molds. Now let’s take a closer look at these differences.

Waffles require a mold or press

Waffles are defined by their looks, and then by their taste. Waffles have that signature pattern on them, often with squares or bubbles. This leads to an easily recognizable appearance, and it also means the waffle is cooked all-over at the same time. 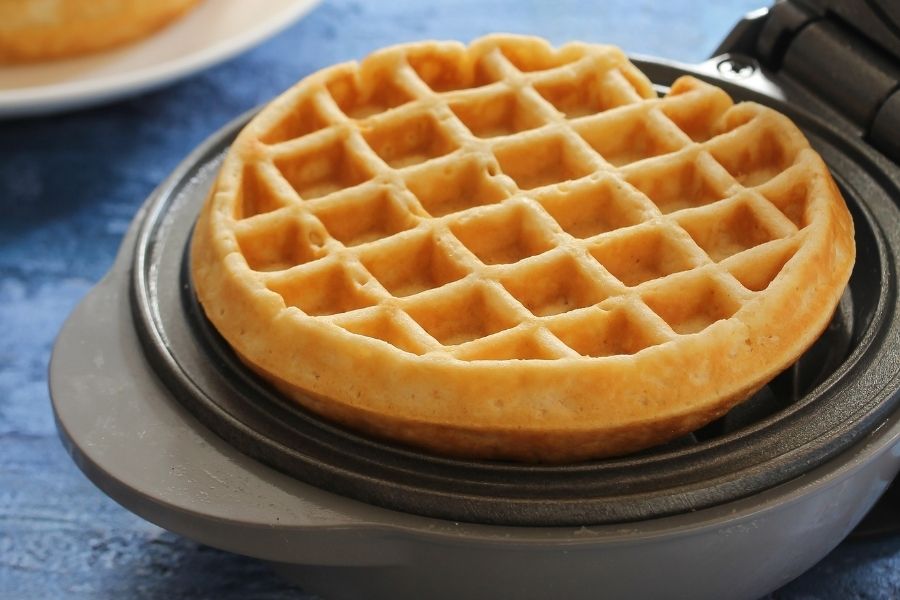 Read also: Why Is Maple Syrup So Expensive ?

Pancakes don’t need more than a frying pan, since they will generally take a round shape. Compared to waffles pancakes are round, fairly smooth, and need to be flipped from one side on the other. This is where most people (us included) get frustrated with them, since pancakes tend to break or snag or splatter when you flip them.

Pancakes are lighter and fluffier

Due to their recipe, pancakes are lighter in texture and rise into a fluffy cloud, depending on how much baking soda you’ve added and how you’ve mixed in the egg. This extra-lightness is often to blame for the pancakes breaking during flipping.

Waffles are denser, since their recipe is different. This is because they generally have less baking soda, and more butter in them, leading to a denser, moist, cake-like texture.

Keep in mind that the recipes for pancakes and waffles differ greatly from place to place, and each chef has their own interpretation of what a waffle should be, and what a pancake should be.

Waffles can hold more toppings due to their shape

Since waffles have so many square ‘pockets’ they can easily hold different kinds of toppings. This makes piling food onto waffles easier than onto pancakes. If you’re dealing with very liquid toppings like syrup or honey or cream, and even small things like berries, waffles are the way to go.

Pancakes are usually stacked in 2-3 pieces and are served with a simpler drizzle of maple syrup and a pat of butter. Anything you put on them is likely to roll off, so it’s best to put things next to pancakes.

Pancakes use eggs differently than waffles

Both pancakes and waffles use eggs, but they use them a little differently. Pancakes tend to have the egg whites and egg yolks separate, much like a chiffon cake. This means the egg whites are whipped until fluffy, and them folded into the batter. This results in a very light and fluffy pancake.

Waffles usually have their eggs mixed into the batter whole, without beating the whites separately. This leads to less rise, and due to the extra butter it leads to a moister texture.

Both pancakes and waffles are highly customizable

In the end both pancakes and waffles are very easy to make ‘you own’, as long as you tweak the recipe a little by adding whatever toppings or fillings or spices you want. You can easily turn both of these into a savory batter, instead of a sweet one.

Are waffles better than pancakes ?

Waffles are better at holding toppings than pancakes, and they have more butter which tends to make most people say they taste better. In the end both pancakes and waffles are delicious on their own and we find piking a favorite is really difficult.

Where pancakes are light and refreshing, waffles are dense and filling and both are great in their own way. But we can’t deny that if you ever feel like piling your plate with equal parts batter and toppings, waffles are the way to go.

Can you substitute waffles for pancakes ?

Yes, you can substitute waffles for pancakes in that both are sweet and great for breakfast or lunch or any meal you like. You cannot substitute their respective batters and expect the same results, since they work a bit differently. If you want a 2 in 1 batter, there are brands that have it pre-made and you can use it both for pancakes and for waffles.