Croissants are an amazingly delicious and fluffy, light, flaky pastry. They became the world’s choice for breakfast, either for a treat or for daily life. They’re just too good !

But have you noticed how most of the time croissants are crescent shaped ? Did you ever wonder why ? No? Well we did, and we’ve found out something, and we’re sharing it with you. Now you can wow your friends with that croissant knowledge up your sleeve. 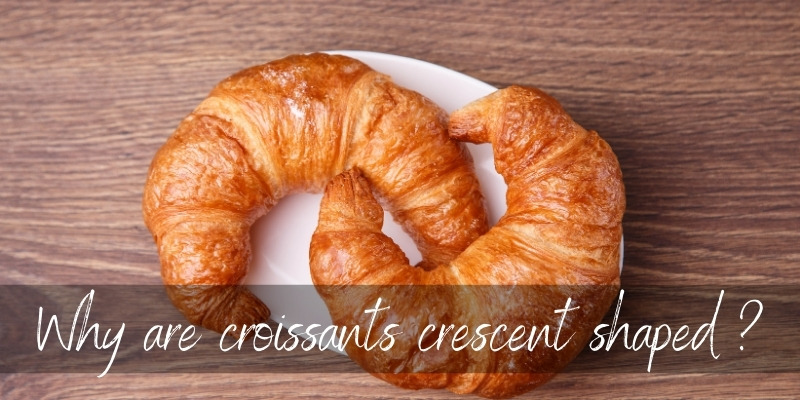 Table Of Content show
1 Why are croissants crescent shaped ?
1.1 There are only legends
1.2 Croissant means crescent in French
2 Does the shape help the dough ?
2.1 What about straight croissants ?
3 Crescent rolls vs croissants

Why are croissants crescent shaped ?

The exact reason for a croissant’s shape is unknown. Legends attributing it to the defeat of Ottoman forces in Europe in various skirmishes are not backed by facts, and there is no record of when the first croissant was made.

It is known however that croissants are derived from kipferl, an Austrian yeast bread roll shaped like a crescent. IT’s not known when the first laminated dough was made, and when the croissant itself was first made. But in 1839, a bakery in Paris called Boulangerie Viennoise (meaning ‘Viennese bakery’) was the first documented case of croissants as we know them today.

There are only legends

You may have heard different stories about how the shape of the croissant came to be. As wild and dramatic as they may sound, they cannot be fact-checked as no one really documented the happenings. At least, not in bakeries.

There are different accounts, but they all have a common thread. A European capital (usually Paris or Buda) was under siege by the ottomans sometime in the 1680s, and a baker heard the Turks digging tunnels under the walls. He sounded the alarm, the Turks were defeated, and the baker made crescent-shaped croissants to celebrate the victory. Why crescent ? Because the Islamic symbol is the crescent moon.

These legends came to light in the 20th century, and it was quickly discovered that there wasn’t any real basis to any of those legends.

If you want to have your world rocked even more, know that the very word croissant just means crescent in French. It’s like the donut being called that because it was originally a nut (the middle) made of dough.

Don’t believe us ? Google ‘croissant du lune’ and see if you don’t get a million photos of a crescent moon.

Does the shape help the dough ?

We’re unaware of any effect that the dough shape has on the way it bakes. There are straight croissants nowadays and we don’t notice any big differences between these and crescent ones.

It could be that the bakers were trying to make the dough look nicer, or wanted to keep the plain ones different from the ones that have a filling. Those are usually straight.

What about straight croissants ?

You know there’s straight croissants. Well, the thing is most croissants you see for sale pretty much anywhere are pre-made, frozen croissants. The dough is made and laminated by machines, which is a bit of a blessing because have you ever tried making puff pastry dough ? 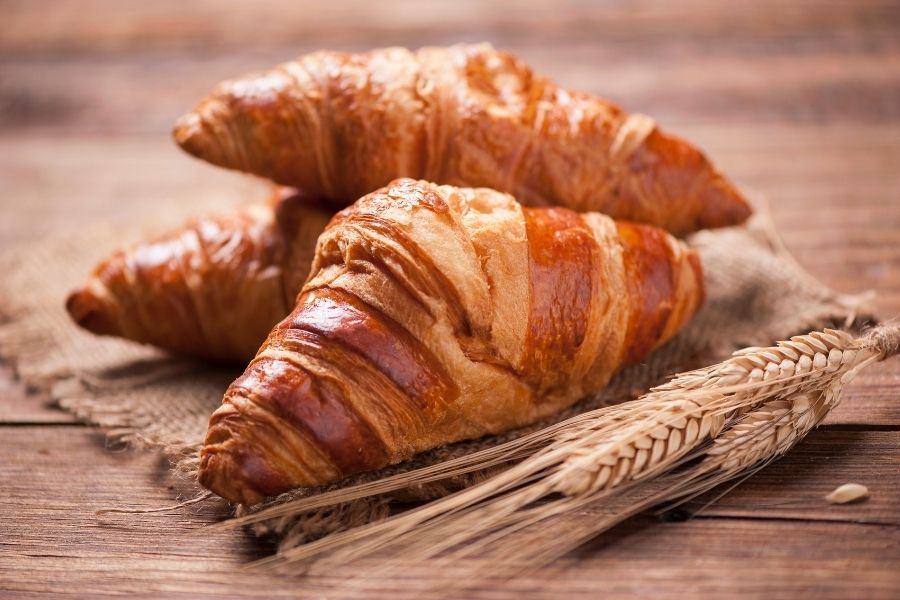 This is what makes puff pastry look like a lot of pages, and gives croissants that signature look.

So, croissants made by machines. They’re easier to produce straight, and the shape doesn’t seem to affect how the pastries rise and bake.

In some areas, there is a distinction between crescent and straight croissants. The crescent ones are usually plain, eaten as-is. And the straight ones are usually filled with something like chocolate, pudding, almond cream, fruits, cream, or cut open to use as sandwiches.

You may be thinking about crescent rolls, and whether they could be considered croissants. If you only look at their shape – a crescent – you’d say yes.

But if you look at the dough, which is more like a bread dough, you’d say no. The thing about croissants is their amazingly complex dough. It’s delicious and time consuming and it really is something special.

Crescent rolls are cute and sweet in their own way, but they’re not mini croissants. In fact, because of the way puff pastry works, croissants can’t be made very small. They get very big and puffy. If you roll them too small they won’t even resemble their original shape anymore.

So that’s pretty much it about croissants. We’re sad to find out that no one really knows the real reason these beauties are crescent shaped, aside from wild legends from centuries ago. Still, they’re a delicacy in their own right and a staple of continental breakfast.