Dark & Stormy sounds foreboding, but it’s actually named after the murky color of the drink, similar to storm clouds rolling in. This is easiest to see when you pour the rum and it hasn’t mixed into the ginger beer yet. 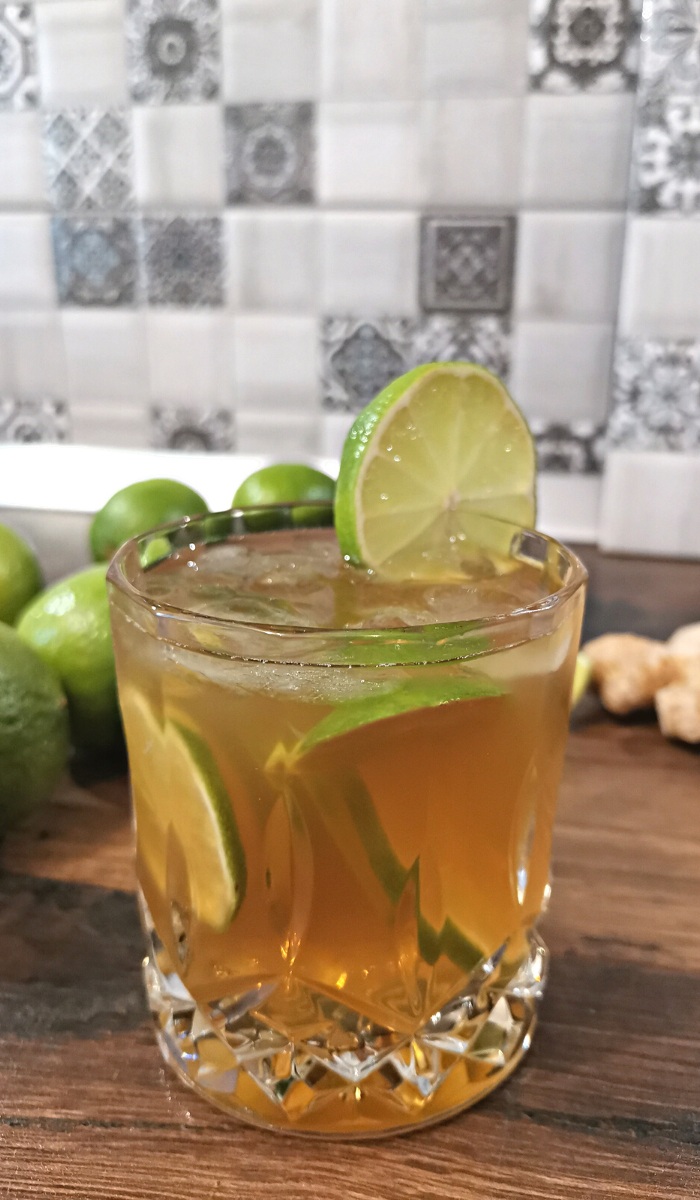 Table Of Content show
1 What is Dark & Stormy ?
2 Dark & Stormy Cocktail Recipe
2.1 Ingredients
2.2 Instructions
2.3 Notes
2.4 Have you found this recipe useful?
3 When is this drink best ?
4 My thoughts on Dark & Stormy
4.1 If you like Dark & Stormy, you might also like…
5 Notes, substitutes, and tips

The Dark & Stormy is a rum highball that’s easy to make, as long as you have the right ingredients. In theory all you need is a dark or black rum, ginger beer, and lime juice (optional). In practice, the rum you need is very specific: Gosling’s Black Seal rum. It’s a Bermuda rum with strong caramel and vanilla notes, and they actually trademarked the Dark ‘N’ Stormy drink.

However in the privacy of your own home, no one will open a lawsuit against you. You can use whichever dark or black rum you prefer. The only issue is when a bar (or another rum company) tries to sell or advertise a drink named Dark ‘N’ Stormy without using Gosling’s Black Seal rum.

There is something to be said about black rum versus dark rum. It’s richer in flavor and has a stronger color, but if you’re using dark you will still get a very close approximation.

As a rum cooler, I think Dark & Stormy works great as a summery drink, but the ginger beer in it I think makes it good year-round. It’s a bit of a casual drink, so I could see it at an office party, in a bar, in a club, on the menu of a pool bar, or just chilling in the backyard. There’s not much fuss to it.

My thoughts on Dark & Stormy

I found the Dark & Stormy quite pleasant, and not nearly as sweet as the color would suggest. The sweetness is entirely dependent on your ginger beer, and mine wasn’t very sweet to begin with, but the rum has a beautiful caramel-vanilla note to it that fooled me into thinking it’s a little sweeter.

You could serve this without lime juice, but I think it elevates the drink and gives it a zing that it’s otherwise missing. 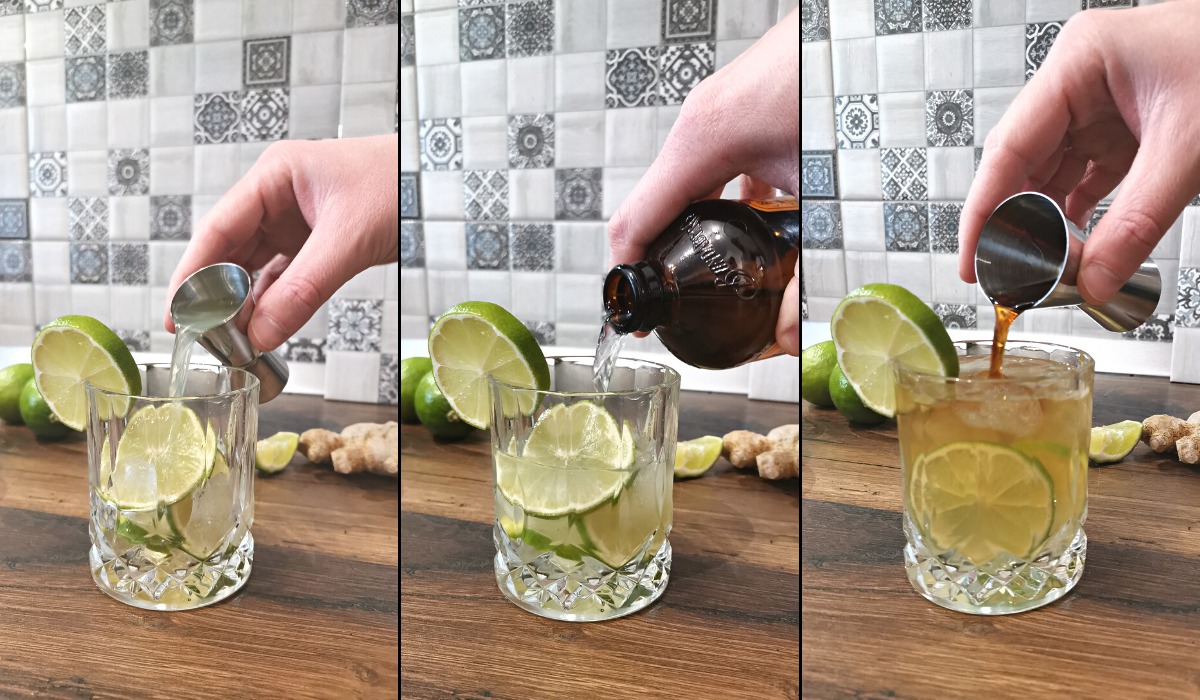 The lime juice here is optional but really it makes it better. If you’re serving several guests, you can skip the lime juice when building and instead offer a lime wedge with each drink, so each person can add as little or as much lime as they want.

You need ginger beer, not ale for this. Neither is alcoholic, but ginger beer is an actual fermented ginger drink while ginger ale is carbonated water flavored with ginger.

When pouring your rum over the ginger, it may or may not immediately mix. Ideally it won’t mix easily, forming darker and lighter patches, along with the ginger beer and ice cubes, like a cloudy sky. Do not stir this when serving, but do mix it right before you drink.