Cuba Libre is perhaps one of the best ways to enjoy both Coke and rum, at least it is for me. There’s just something about rum that pairs so beautifully with Cola, perhaps better than other spirits. Here’s how to make one. 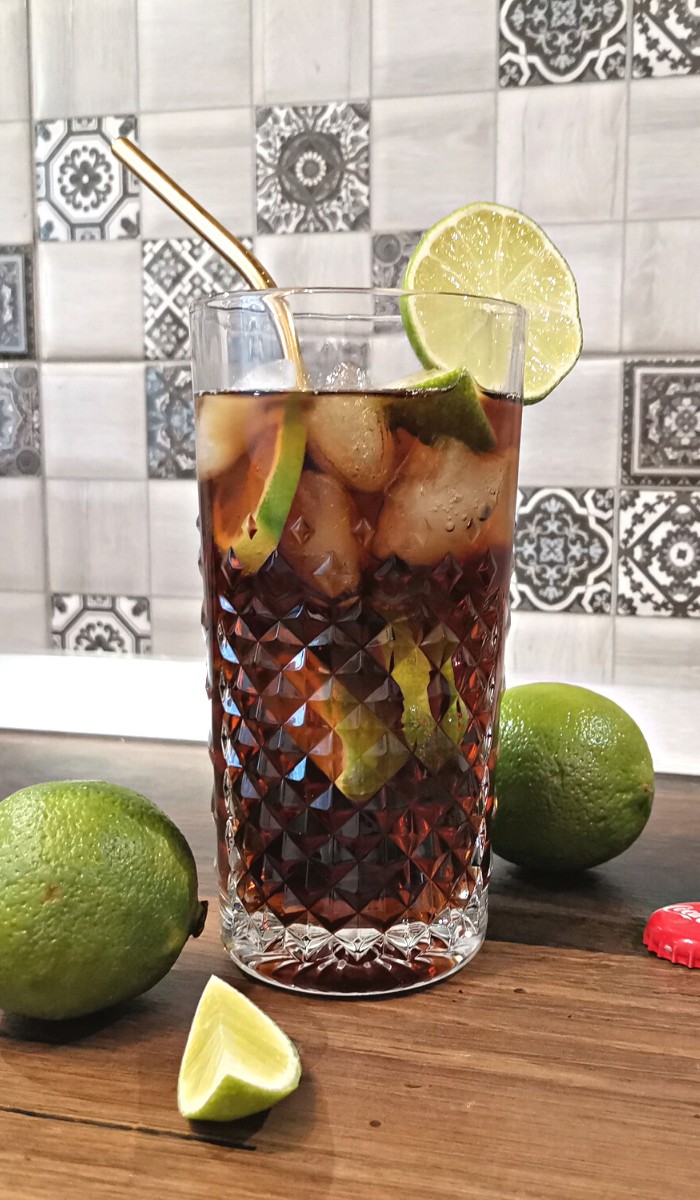 Table Of Content show
1 What is Cuba Libre ?
2 Cuba Libre Cocktail Recipe
2.1 Ingredients
2.2 Instructions
2.3 Notes
2.4 Have you found this recipe useful?
3 When is this drink best ?
4 My thoughts on Cuba Libre
4.1 If you like Cuba Libre, you might also like…
5 Notes, substitutes, and tips

What is Cuba Libre ?

The Cuba Libre is a far older drink that anyone would ever guess. There are several origin stories, but most focus on the drink’s tie to the Cuban independence from Spain. Allegedly it was named after a toast made by an unnamed U.S. Army captain, declaring “Cuba Libre!”. In that glass there was a mix of Bacardi, Coca-Cola, and a wedge of lime.

Now whether the origin story is true or not, I don’t know, but it does make for a cool backstory for a very delicious highball that’s extremely popular throughout Cuba and, well, anywhere there’s rum and Coke sold at the same time.

I don’t remember when I first had this drink, but I remember not being impressed at first. The rum you use matters, and it doesn’t have anything to do with the brand, but rather with the style of rum. The darker and more aged the rum, the stronger the flavor will come through the Coke. Conversely, adding more rum will give you a stronger flavor (and more alcohol).

I found Cuba Libre to be an especially delightful drink that goes with any season, any occasion, and it’s perfectly valid excuse to try out a new rum to see how it works in this. I’ve had Cuba Libre with my husband just watching a movie (with snacks!), I’ve had it at upscale restaurants and family-friendly diners, I’ve had it at office parties, and I’ve had it on a chill afternoon right after getting approved for a house loan (yay!).

There’s something just so relaxed about highballs in general, but Cuba Libre especially. I think it’s the Coca-Cola that makes it so casual; you’ve seen Coke glasses on any table in any setting, seeing Cuba Libre doesn’t feel that different.

My thoughts on Cuba Libre

I love it ! Cuba Libre is actually one of our favorite drinks, both for me and my husband, and we’ve spent all of 2022’s summer sampling various rums to see how they work in this drink. I find that the sweetness in Coke goes very well with the vanilla finish in dark rum, and the fact that both rum and Coke share a caramel body flavor makes these an obvious pair.

The lime squeeze, I have to admit I didn’t think it’d do much. But it really does, it cuts through the sweetness and adds an extra layer of flavor that I didn’t even know was needed or was possible. It’s citrusy but not like lemon, and it balances the other two ingredients. A bit of expressed lime peel works great too !

One thing I did notice though, spiced rum doesn’t work so well in Cuba Libre since it kind of gets lost in the Coke. White rum is even milder, and if you want to taste the rum it won’t be easy.

However the best rums we’ve tried were Matusalem (classic or Anejo, both work), Plantation, and Bacardi Anejo (ours is 4 years). Overall, the older and darker the rum, the funkier it is and the better it comes though the Coke. The one we used for this particular version of Cuba Libre was the 4yo Bacardi. 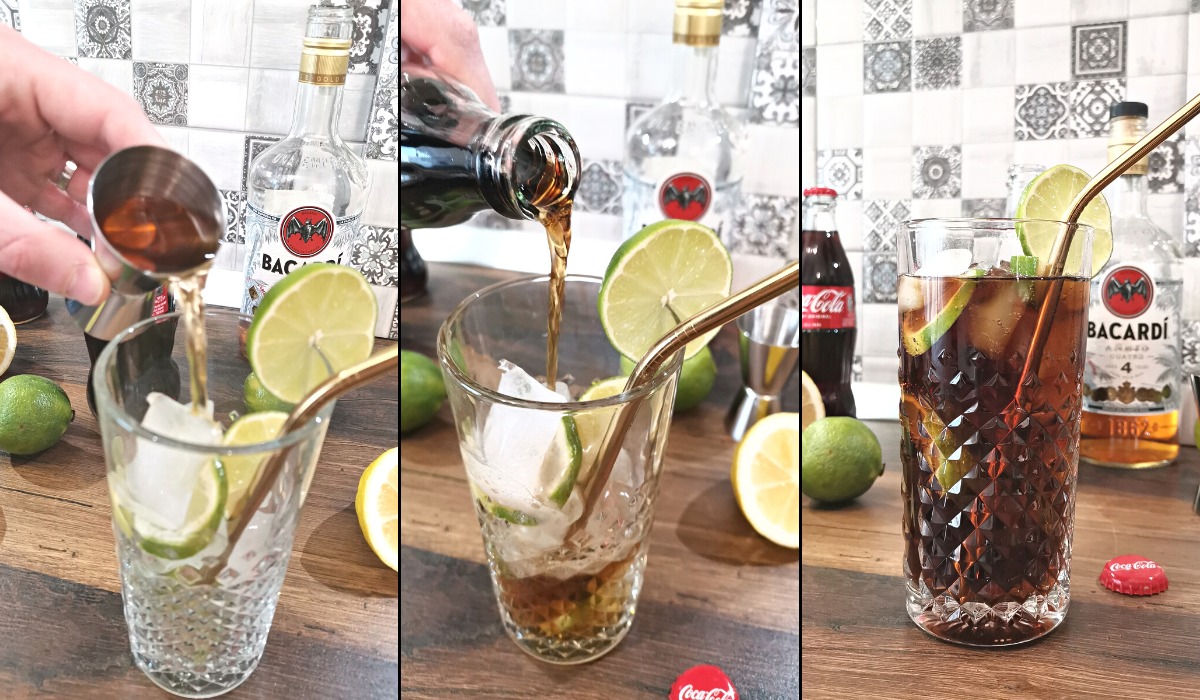 Any of the cola spirits, such as whisky cola or vodka cola.

The darker the rum, the better it comes through the Coca-Cola. You don’t necessarily need aged rum, but the difference between white and dark rum is amazing.

As biased as it may sound, Pepsi really doesn’t work well here. It’s a bit too sour and thin-tasting than Cola, which changes the overall. There is just one exception though, and that is Pepsi Twist, the one with lemon flavor added. That one does work fairly well, not as good as Cola but almost as good.

We’ve tried Cuba Libre with Cola Vanilla, and Lime Cola as well. The vanilla one can be a bit cloying and overwhelming but I personally loved it (my husband didn’t), and the lime one was absolutely perfect for both of us. Almost didn’t need the lime squeeze (almost).