Coconut flour is often touted as a great way to add variety to your baked goods, and a way to add a nice coconut flavor without adding a coconut filling. But because most recipes are formulated for regular white flour, using coconut flour means a different result. So you might have a lot of questions when it comes to the way this flour behaves.

Below we’ve collected the most common coconut flour questions and answered them for you. Let’s take a look. 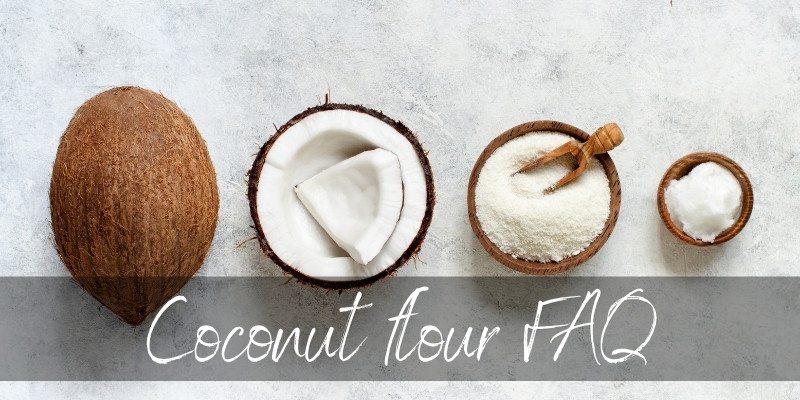 No, coconut flour does not rise as it does not have a rising agent, such as baking powder or yeast. Coconut flour is also heavier than regular flour, and as such it won’t rise as much. The result will be a denser than usual cake or cookie, which is not necessarily a bad thing.

Coconut flour is of a similar consistency as almond flour, in some cases even almond meal. As such the texture it brings to your baked goods is a rougher one. It works great for more rusting-looking recipes.

A good way to get coconut flour to rise and keep its shape is to use extra egg whites. Whipped egg whites have a lot of tiny air bubbles incorporated in them already, so they will puff up your dough.

Does coconut flour have gluten ?

No, coconut flour does not have gluten but you should check that the brand you’re using does not also process wheat. By itself coconut is 100% gluten-free. Most brands are very aware of the need to separate gluten and gluten-free equipment so there is no cross-contamination.

However it’s good to check on the back of the flour pack, to see if the facility also deals with gluten products.

By itself coconut flour does not thicken sauces the same way wheat flour or corn starch does. Coconut flour has barely any starch in it, but it absorbs a lot of liquids. After all, coconut flour is made from desiccated coconut meat and ground as finely as possible. Once you add some hydration – eggs, milk, water, anything – the flour will puff up.

So coconut flour can thicken sauces in a way, but they will end up a bit grainy rather than perfectly smooth and creamy. This also means that when you bake with coconut flour, you will need to add a little more liquid than usual, to get the same texture. 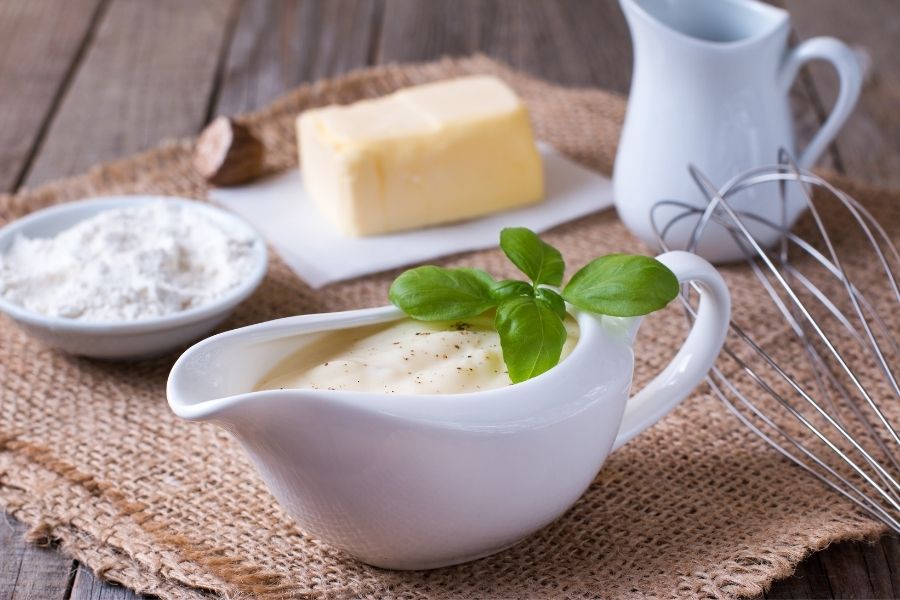 Does coconut flour need to be cooked ?

No, coconut flour does not need to be cooked since it is made from raw, desiccated coconut meat. You can eat coconut flour as-is, but the texture and the dryness is not ideal.

But this means you can simply add your coconut flour to a meal or dessert that does not require cooking, and you should be fine.

Coconut flour tastes vaguely sweet, though it’s not enough to sweeten an entire bread or dessert. The sweetness comes from the coconut meat and the general coconut flavor, which like vanilla, simply appears sweet without containing that much sugar.

This means that a dessert made entirely with coconut flour will taste a bit sweeter than the same dessert made with a different flour.

If it’s your first time using coconut flour, you might be thinking there’s nothing to it. Well, there is, and this flour does not behave the same as other flours. It’s not a grain-based flour, it’s a nut-based flour. This means a lot of protein, no gluten, very little starch.

It will have a tendency to make your cakes extra dense and crumbly, so you have to mitigate some things. Here’s what you should look out for the most.

Coconut flour is made up of dried coconut, in essence. This means that if you ever add some water or milk or any kind of liquid – eggs included – the coconut will absorb that, all of it. So give it time to absorb the liquid before moving on to the next step.

Let it sit for 5 minutes, maybe even 10 after adding your moisture. Stir it every now and then. If you don’t let the coconut flour sit and absorb, it will throw off your entire recipe and the texture will be too dry, too gritty.

Because coconut has a definite flavor, make sure you pair it with something good, something it can work with. Coconut works pretty bad with fruity flavors if you don’t have at least some vanilla in there as a buffer.

common pairings that may also work great to hide the coconut flavor are chocolate, vanilla, coffee, banana, and caramel. Of course you can choose to cover the coconut or work with it, it’s entirely up to you.

When you’re working with coconut flour, it needs a lot of eggs. The eggs provide structure and moisture to any recipe, especially when it comes to baked goods. And you’ll notice the recipes usually add more eggs.

It’s a good idea to separate the whites from the yolks, and beat the whites separately. This way you fluff them up and get a whole lot of air incorporated. This will allow the whipped whites to puff up the batter or dough, and you won’t get a crumbly cake.

Only use especially formulated recipes

Your best bet are recipes you would also make with corn meal or almond meal. If you try and replace a regular cake batter recipe with coconut flour, it will end up much too dry and it will be crumbly, and it will fall apart.

Don’t fool yourself, coconut flour is not wheat flour. If you’re going to work with it, look for recipes especially formulated for this kind of flour.