If you’ve ever made guacamole you know it’s the. most. amazing. thing. EVER. But it doesn’t last very long, since it can go bad pretty quickly and the brown spots are never cute.

This post is meant to help you with a guide on how long guacamole lasts, with all of its storage methods. 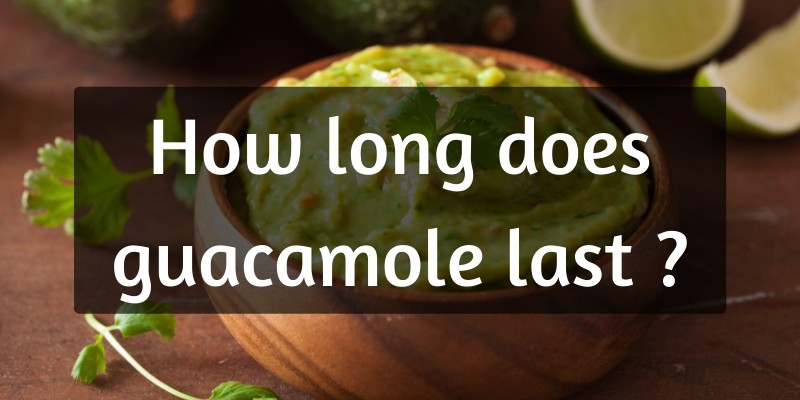 So how long does guacamole last ?

Guacamole can last up to three days in the fridge if stored properly. But if kept outside, guacamole can go bad within a couple of hours if left exposed to air because it will oxidize very fast.

This is an easily perishable food item, and you really need to move quickly with it.

That being said, there are versions of guacamole that last a little bit longer, and the store-bought version is really going to keep for a while if you don’t open it.

How to make guacamole last longer ?

Adding any acidic item will help it last longer, lemon juice, lime juice, vinegar, what have you. Even the juice from a cut tomato is going to help, though not as much as a lemon.

Due to the properties of any acidic juice, air exposure is kind of negated, and the guacamole will become stable for a longer time. Still not very long though, and we’ll get to that in a bit.

You should always, always cover your guacamole, and make sure every bit of its surface is completely covered. So placing plastic wrap directly onto the guacamole (no air pockets !) will help keep it fresh and stop any oxidation.

The whole reason guacamole goes bad is because avocado, very much like banana, go bad real quick. Well, maybe not the flavor but it starts to turn brown in about an hour after cutting it and being exposed to air.

Avocados contain an enzyme named polyphenol oxidase, which produces a chemical reaction within the avocado flesh that turns it brown and slimy. Info courtesy of Compoundchem.com.

It’s a chemical process very common in fruits (and this includes avocado), but there are ways around it or to at least slow it down. 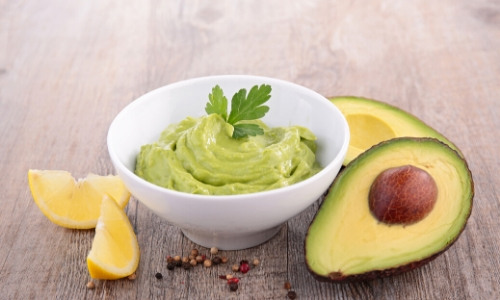 How to store fresh, homemade guacamole?

When we talk about fresh, homemade guac we can include pretty much any recipe, as long as it’s got avocado in it.

What’s always constant though, is avocado and garlic, sometimes some olive oil.

Although traditional guacamole has a very specific set of ingredients, folks call ‘guacamole’ pretty much every version of mashed avocado and garlic.

So, we’ll be taking this into account when we’re looking at the shelf life of guac. However I will say that any kind of guacamole without lemon or lime juice is going to turn bad quickly.

On the counter, uncovered, room temp

Basic avocado goes bad in a couple of hours, at room temp. The enzymes move quickly and do their job real well in warm temperatures, and room temp isn’t exactly cold.

It helps of your avocado came straight from the fridge.

If you cover your guacamole and leave it on the counter, it’ll still go bad within a few hours, but there won’t be any oxidation. However you’ll notice any oils you added start to separate, because it’s not cold enough.

In the fridge, covered

If you’ve made too much guacamole, you can store it in the fridge. As long as you cover it tightly and make sure there are no air pockets, the whole thing should be good for up to three days.

You’ll notice the next day that any uncovered bits have turned brown, even if you added any lime juice. 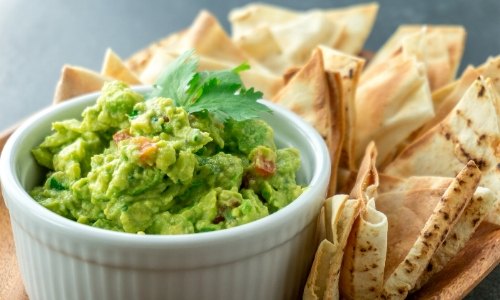 How long does store-bought guacamole last

If you’re buying guac, you should always look at the ‘eat by date’, as well as the storage instructions. Nearly every time it says to keep the guac in a ‘cool, dry place’.

Unopened, in the fridge

Unopened store bought guacamole should be good in the fridge for as long as the ‘eat by’ date claims. If you’re unsure, that’s usually a week, but some brands may have variations depending on what ingredients they’ve used.

Still you should always, always keep any sort of guacamole in the fridge, even if it’s store bought.

Unopened, in the pantry

If you’ve stored the guacamole in the pantry, you shouldn’t leave it for more than 48 hours. Ideally you should make sure your pantry if very, very cold otherwise the guac might start to turn brown in some places.

Opened, on the counter, room temp

Once you’ve opened your guacamole, whether it’s store bought or homemade, the availability is still a couple of hours.

This is because it’s still going to be exposed to air, and it will oxidize. As well as being brought up to a warmer temperature, and this will speed up the process.

If the guacamole you bought has specific directions for how to store it and how long it lasts after being opened, make sure to read those very carefully.

Opened, in the fridge

If you’ve opened the store-bought guacamole, then it’s advisable to keep it covered in the fridge, as you would fresh guacamole.

Use plastic wrap to create a barrier against air, and then close the container too, for an extra precaution.

If it’s store-bought, it should have instructions on how long to keep it if it’s already opened.

If it doesn’t you can keep it for up to five days. The reason this is longer is that store-bought guacamole is often made with stabilizers that allow it to last longer. As long as it’s kept in the fridge, that is. 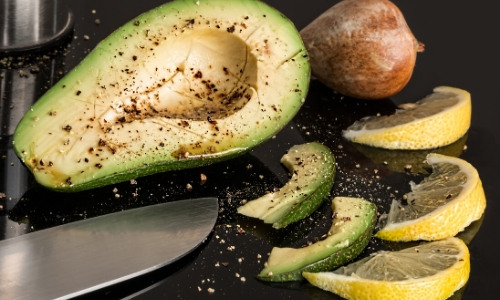 If you’ve got guacamole that needs t be frozen, it doesn’t matter if it’s fresh or store-bought. As long as you’ve stored it in a good container, that’s also airtight, you should be able to use the guacamole kind of indefinitely.

Freezing it will keep it in a stable state, and it could potentially be used even after several months, like 12.

Just know that when you thaw the guacamole you should do so in the fridge. Also, be sure to use a container that’s both easy to get the guac out of and easy to store.

Using something like a small mason jar, or freezer-safe bags with all the air taken out is a good idea.

Also note that thawed guacamole will not be as amazing as fresh guac. The texture will be mushy, and especially so if you like your guac chunky. If you like it smooth, there won’t be much of a difference.

If you like cilantro, jalapeno, onions and tomato in your guacamole make sure to NOT add them before you freeze the guacamole. They will release a lot of moisture into the guacamole when thawing, and ruin the texture even more.

Instead, chop them up and use them fresh when serving.

Check if the guacamole went off

Now you know how long you can store your guacamole whether it’s in the fridge, freezer, or on the counter.

But what if you’re still unsure about it ? Well, let’s take a look at it and see if there’s anything you can guide yourself by.

If you notice any brown spots, that’s not a good sign. But you shouldn’t throw away the whole thing yet.

As long as the browning is just in the outside/edges of the bowl or container, it means that it’s just air exposure. Scrape that off and you should be fine.

But if it’s 3 days old and has some brown in the middle, it’s best to throw it out.

Know that if you’ve added lemon/lime juice and tomato and onion, you’ll get less browning. 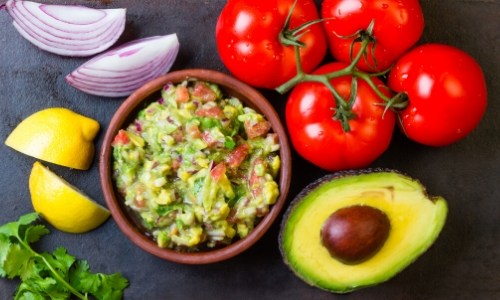 If the texture is a bit off, slimy then it might be best to throw it out. By slimy I mean more than usual, like it sticks to your finger and leaves a tendril.

The same is true if you notice the guac starting to separate. This usually happens when it’s a few days old and the added oils start to separate from the avocado.

You could potentially fix it by adding a bit of lemon juice, but the trouble is that the guacamole might’ve already started to go bad.

This means that it might just not be safe to eat, even if you add some lemon juice.

The obvious signs are valid too, like moldy bits or weird smells. If you find any of that, throw the guac out completely because the whole thing is off.

Read Also:How To Tell If Avocado Is Bad

Guacamole seems to be something everyone loves. It’s great on it’s own, like guac on toast and it’s great the way it’s meant to be – on taco.

But since this wonderful dip goes bad so fast, it’s important to know how long we can safely store it. I hope this post helped you figure things out.