Do you have a bunch of wonderful, fresh potatoes that you want to make for dinner ? You may be wondering if you really need to peel the skins off. Is it safe to eat potato skins ?

Well, as it turns out the skins of many fruits and vegetables can be edible. So let’s see if potatoes are on that list. 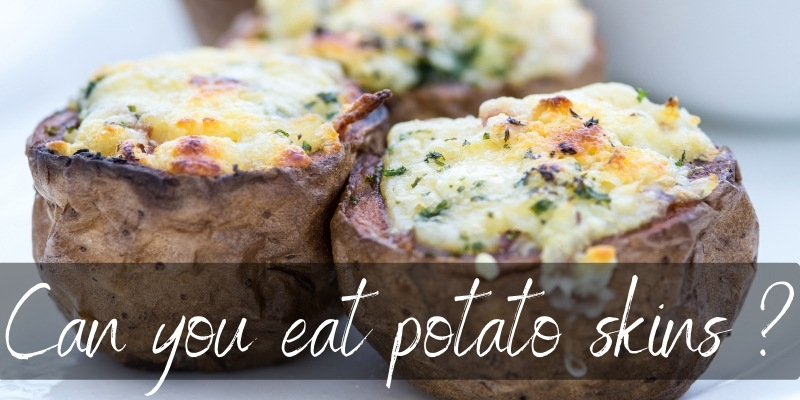 Is it ok to eat potato skin ?

Yes, you can eat potato skins without a problem. The skins must be scrubbed and cleaned thoroughly of any dirt and sprouts, but you don’t have to peel them off.

To be fair any potatoes that are now new or young will have a very dirty and caked appearance. Those have to be cleaned very well using a brush and warm running water.

On russet potatoes, you might think that they aren’t edible due to their bitter taste. They are usually very undesirable if you decide to eat them raw.

However, if you decide to eat the skins of those potatoes, they are completely safe. You won’t have to worry about getting sick from it, though we recommend cooking them so they have a better flavor.

Are potato skins something you should eat?

Eating the skins isn’t necessary, but it won’t damage your health. All it can do is change up the flavor, and add more fiber to your diet.

Suppose you want a bit more variety out of the potato dishes that you eat. In that case, you should absolutely consider incorporating the skins in your meals. Potatoes can be very boring by themselves.

However, when you are more creative with the skins, it can add an entire depth layer. The only thing you need to be concerned about is cleanliness. This goes with any food that you choose to consume, but as long as it is washed, there won’t be any health problems when you eat them.

Most people don’t care about getting the skins for a recipe and just throw them in the trash. However, you can actually use them as an appetizer if you’re willing to put in the effort.

So let’s take a look at a few ways you can use potato skins, or potatoes with the skins on.

Read also: Can You Make Instant Mashed Potatoes Without Milk ?

When you are baking potatoes, you can scoop out the flesh and keep the skins for later when you want to make stuffed skins. Baking the potatoes allows you to keep the skins and caramelize the flesh of the potato that you wouldn’t otherwise get by.

When you put all the flesh of the potatoes into a bowl, you can add whatever seasonings you want. Typically, most people like to go for salt and pepper. Don’t be afraid to go for something with more flavor like garlic, cayenne, or paprika. 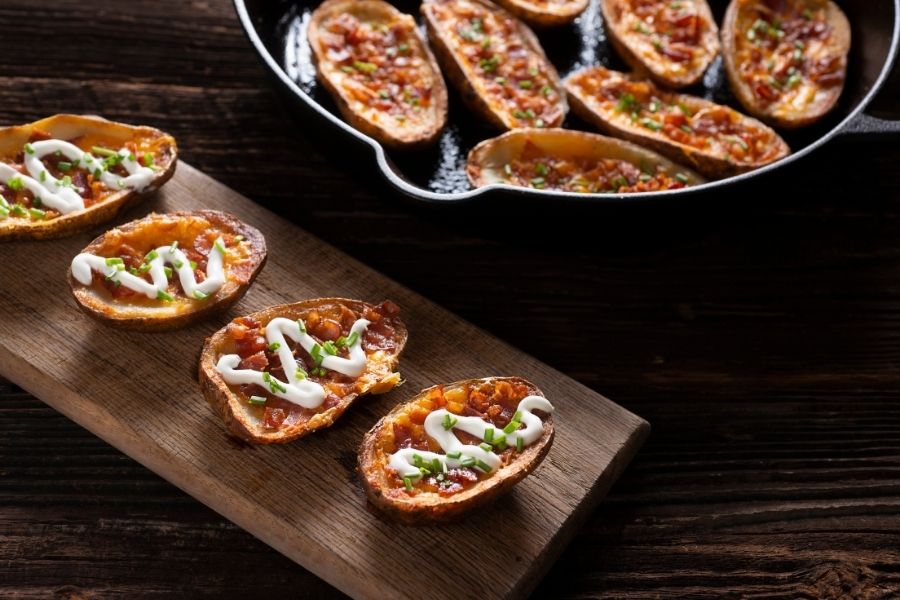 You want to add some butter as well as small amounts of milk to improve the texture and flavor.

By now the skins of the potato will get a lot more crunchy if you have had them in the oven while putting seasonings into your flesh. This is how you know that your skins will hold when you put the flesh back inside.

If you want the skins to be crispy, make sure you brush them with some butter or oil of your choice. You can also spray the oil on if you don’t want excess oil. Make sure that you put it in the oven to broil at 500 degrees Fahrenheit.

You need to watch it to make sure that you skins don’t burn. With broiling anything high on the rack, the browning will happen rapidly. You don’t want to risk all of your hard work getting burnt along with the flavors getting spoiled.

When the potatoes reach your desired level of browning, take them out and add in the mashed potatoes. Any additional toppings that you would want on it. It could be black pepper, bacon, sour cream, green onions, cheese, or whatever your heart desires.

Usually people don’t like to use the skins. Still, with some extra effort and some leftovers, you have a top of the line appetizer.

Russet skins make for delicious crisps when you take enough care of them. First, you need to have enough skins for you to actually be satisfied. You can make some extra crisps with the potato flesh.

The most important step is to wash out the starch that you want to use to make the potato skins. If you want them to be crispy at all, this is a mandatory step to achieving a crispy affect.

After you wash them and dry them, make sure that you sprinkle in some corn starch and some table salt. You can choose whatever seasonings you want, but typically salt is used.

Next, you can either choose to fry the crisps in oil, or bake them in an oven or a toaster. Frying will be an easier and faster method. Still, it can come out greasy and will be filled with more unnecessary calories.

Baking with a broiler will be more consistent. Place the skins on a sheet pan, with some oil and seasonings and let them crisp in the oven.

After you are done making them, you will have the option of just eating them as plain, or you can go above and beyond. Suppose you want a more restaurant feel to the potato skins that you’re serving. You can add some green onions, parmesan cheese, fresh herbs garlic, or whatever else you want.

It really goes well with sauces like siracha, ketchup, barbecue, spicy honey mustard and much more. It’s really easy to buy a premade sauce, but making it yourself will make this snack a step above the rest.

Read Also:Can You Over Boil Potatoes ?

For this recipe, you are keeping many core elements like the flesh intact, but you are making the russet skin appealing. Make sure you clean the skin very well. There can be no dust or sprouting. Otherwise, that will ruin the taste of the entire meal. 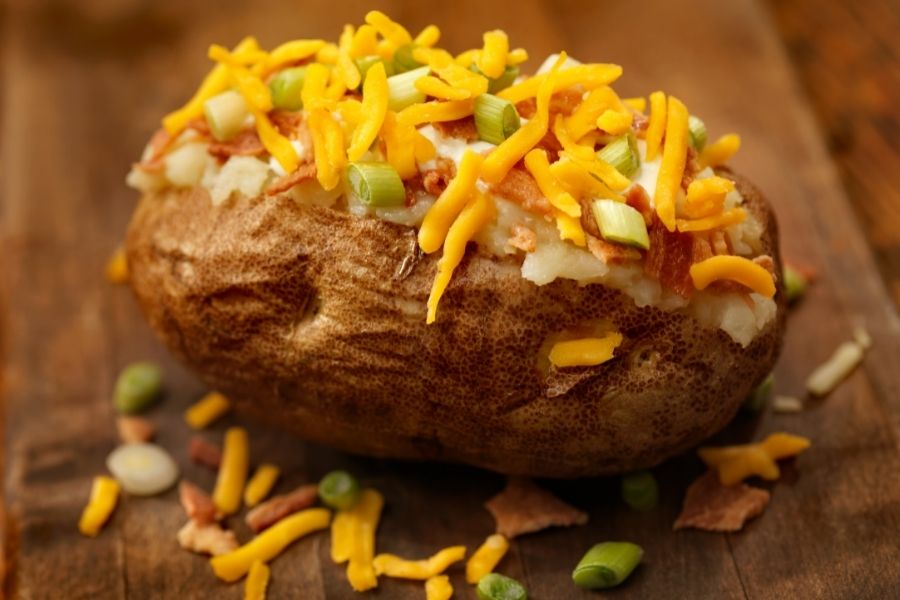 You can salt the outside if you want, it add to the flavor. It’s something you won’t notice if you put it in the oven immediately, but as the salt sits in the skin, for an hour, the taste is much more natural.

Put the potatoes in a 400 F oven for an hour and let them bake until the flesh is very soft. Then let sit until you can easily handle them without burning yourself.

Cut the potatoes down the middle and insert whatever toppings you want. You can choose sour cream, cheese, bacon, jalapenos, corn and so much more. If you want the skin to be crispy, you can broil it before adding the toppings.

Adding a little bit of oil on the top will make the potatoes crisp up nicely.

It is safe to eat potato skin including russet potatoes as well. Baked potatoes with skin are a great side dish for any type of meat and the great part is that you avoid the annoying part of peeling them.