Over boiled potatoes can be a real pain, but is there anything you can do with them ? Well, as it turns out yes, there is and there’s way to make sure it won’t happen the second time.

This kind of situation is especially frustrating if you’re planning a big family meal and were really counting on the potatoes to come out just right. But it doesn’t have to be a tragedy, or a mess. You can still use those potatoes, so let’s get to it ! 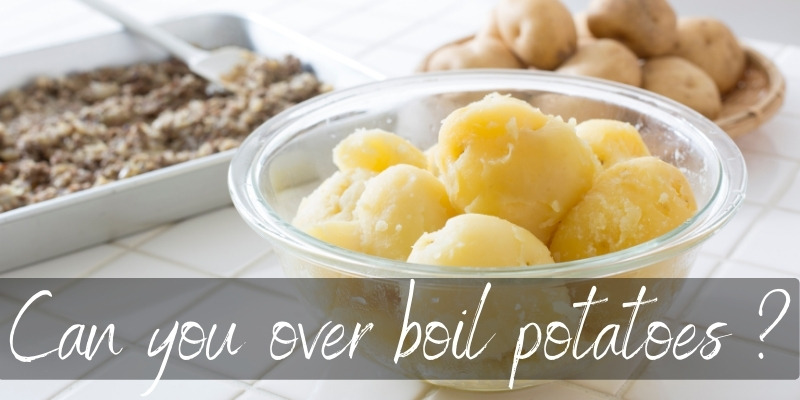 Can you over boil potatoes ?

Yes, you can over boil potatoes. For some dishes this won’t matter, since the texture is meant to be soft and mushy in the first place, like for mashed potatoes.

If you’re making anything else, an overly cooked potato will be a problem and should be avoided.

An over boiled potato can happen even if you cook it just right, but leave it in hot water for too long. It will also happen if you use high starch potatoes like russet, King Edward, marabel, or Vivaldi.

Read also: Is It Ok To Eat Potato Skin ?

Even if you happen to overcook your potatoes, don’t worry about it. You can always change up the recipe, if you weren’t fixing for that particular potato dish. Adapt, improvise, overcome !

How much should you boil potatoes ?

Depending on what you’re going to do with your potatoes, the cooking times will differ. For example the very soft and fluffy, floury potatoes cook faster.

A floury potato meant for mashing is usually done in 10 minutes after the water started boiling. As long as you kept all the pieces even, they should all cook through at the same rate.

If you’re using a waxy potato that you’ll want to fry, it can take up to 20 minutes since boiling. Try poking them with a fork after about 15 minutes, to see how far along they are. If they’re not done yet, give them a couple more minutes.

Mistakes to avoid when boiling potatoes:

Now we’ll talk about all the things you should know when boiling potatoes for different dish types. After all, a mashed potato is different from a fry or a baked potato in what you need to do.

Read also: Is It Safe To Microwave Potatoes ?

When cooking for potato salad you need to use firm, waxy potatoes. These cook a bit slower, up to 20 minutes. Make sure you’ve already cut them into the pieces you want to serve in the salad.

If you cook them whole you risk the outside being overcooked, until the inside is done. That being said, you can keep the skins on if you like the way they change the color and texture. 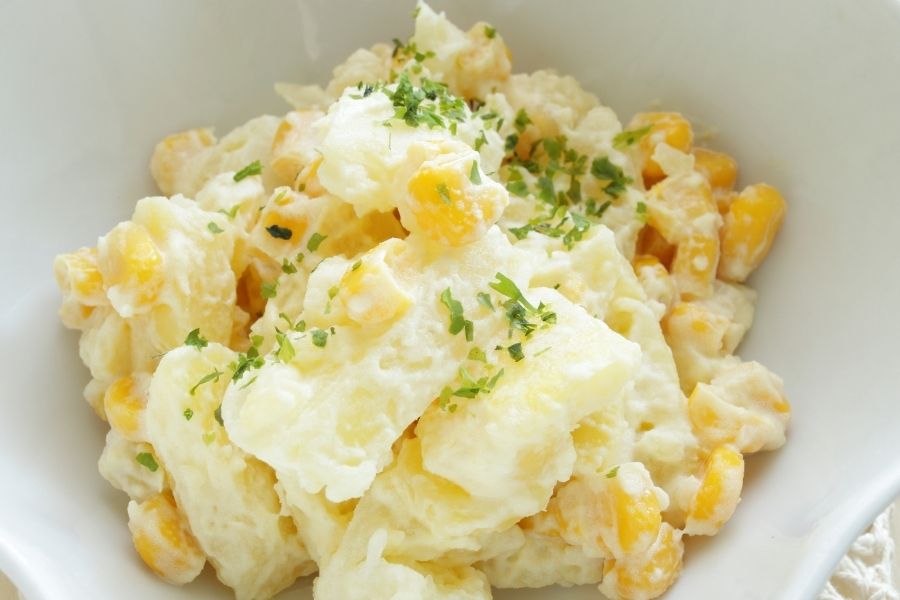 If making mashed potato you need floury, soft potatoes. These cook faster, usually within 10 minutes of boiling. Even if you overcook these, it doesn’t matter that much since you’ll be mashing them anyway.

As long as you drain them very, very well, they should be okay. Feel free to use a potato ricer, but we recommend a mixer. Yes, an electric mixer is going to mash and smush them into a perfect cream. Remember to use milk and butter, because this way they’ll get that thick, creamy consistency !

Great potatoes to use are russet, King Edward, marabel, or Vivaldi.

For French fries or baked potatoes

When making either French fries or baked potatoes, you need to undercook them a little. You have to do this because they have an extra cooking step that applies more heat, so they need to be semi-cooked at best.

Any potato type will do for this kind of recipe, just be sure to remove them from the boiling water about halfway through cooking.

So if using floury potatoes, remove them 5 minutes after they started boiling. And if using waxy potatoes remove them after 8-9 minutes since boiling. They should be somewhat softened but not break apart. 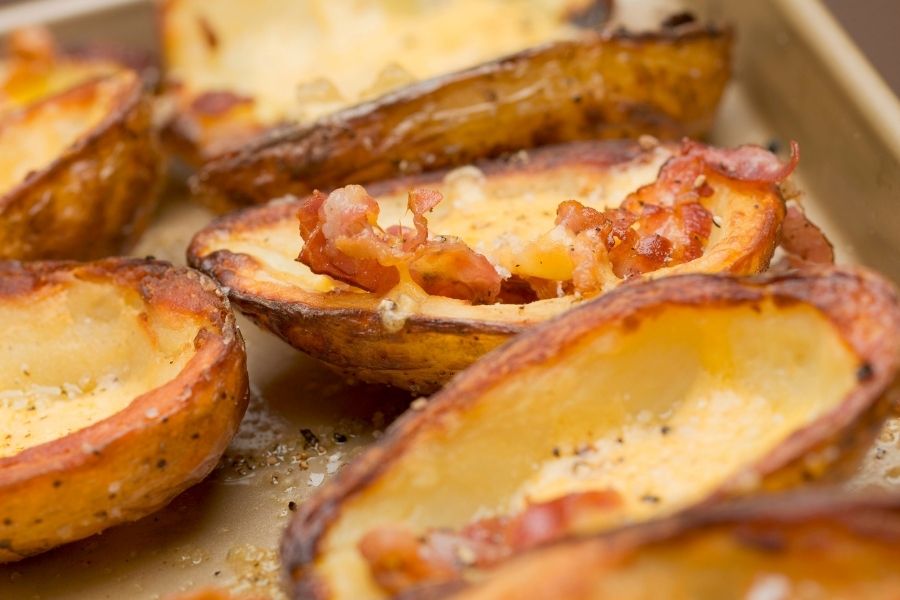 What to do with over boiled potatoes

Okay, now let’s see what you can do if you’ve just missed their cooking point and now they’re too soft. This is partly up to you, and how much your recipe needs a particular potato texture, or if you’re willing to change things up.

Dry them out in the oven or on a skillet

You can dry the potatoes out a little, even if they won’t harden up they might just crisp up nicely. For example you can use a skillet (with or without a tiny bit of oil) and ‘fry’ them up. The water will evaporate and the outside will crisp up.

If using oil, don’t use too much like you would for fries. The remaining water in the potatoes will cause the hot oil to splash everywhere.

Another option is to dry them out in the oven. Get a sheet pan, layer you potatoes nicely, and put them in a very hot oven. Again, add a bit of oil if you like.

You can also turn on the broiler towards the end, if you want them to get a crispy texture on top.

Use them for mashed potatoes

As long as it’s overcooked, it’s soft enough. And if you want to dress up the mash a little, add some butter, bacon bits, chives, fried onions, the works.

Turn them into potato cream soup

Another option would be to blitz them into cream soup, and add some bacon topping. Or, you can add some curry powder and coconut milk to make it more interesting !

You’ll need some flour, cheese, butter, and whatever seasoning you like. You can skip the cheese if you like, but we find it adds a nice flavor and is a pleasant surprise.

The best recipe for potato croquettes we know of is at Jo Cooks, so go ahead a trust her expertise. These will be more of a appetizer, but no one will judge you if you use them as a side dish !

An overcooked potato can be a bummer, especially if you were planning to make a specific dish. But it can still be saved if you’re willing to change the recipe a little.