It is rare these days, but in some recipes (like corned beef), you may come across an ingredient that you don’t have in your pantry: saltpeter. You may also find some instructions for curing meat at home that ask you to use saltpeter. Today, you probably will not even find it in a grocery store, but rather in a garden supply store. You’ll most likely have to go online or to a specialty store for food-grade saltpeter.

So if you do not have it on hand or feel odd about using something from a garden supply store in your food, is there anything you can use instead? And just what does saltpeter do anyway ? 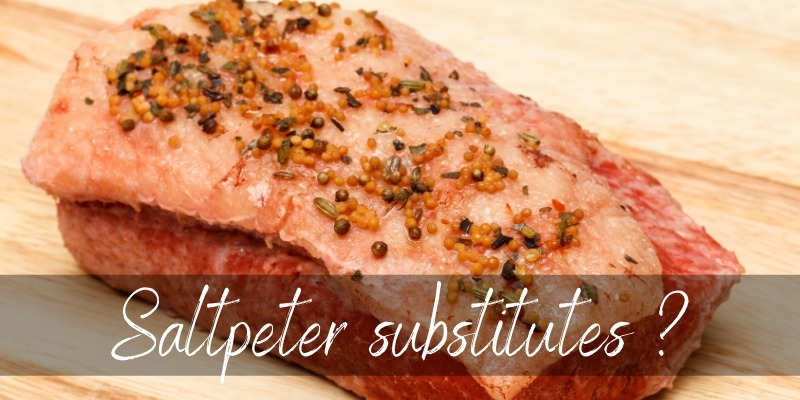 Table Of Content show
1 Best saltpeter substitutes
1.1 Why use saltpeter in corned beef ?
2 Can you just go get saltpeter?
3 What is saltpeter?
3.1 Saltpeter health concerns
3.2 Nitrite vs nitrate
3.3 What are tenderizers ?

The whole point of saltpeter is to cure the meat, along with the regular salt. So substitutes that actually work are Prague powder or salt, Instacure, and maybe Tender Quick. Tender Quick is meant to tenderize meats, not necessarily cure them but it can be used safely.

But if you can’t find any of those or don’t want to use them, then all you’re left with is the good ol’ fashioned corning method, sans saltpeter. Corned beef recipes can be adapted to suit pretty much any meat. And no, it doesn’t have any actual corn in it.

The ‘corned’ part of the name is leftover from an old meaning of the word corn, meaning large kernel and it referred to whole peppercorns and big pieces of salt.

So you’ve got two routes: either use the Instacure or anything similar, or adjust your recipe. It’s up to you is you which to use. If you go for the pre-made mix, then the rest of this article won’t help you.

If you’re looking for an alternative, then you’ll need a good corned beef recipe that doesn’t use saltpeter. Growforagecookferment has a good recipe, as does WellnessMama.

Read Also: Why Do People Put Rice In Salt ?

Why use saltpeter in corned beef ?

You’ll notice most corned beef recipes do call for saltpeter. Why is that, and why does the recipe still work even without it ? Well, a brine is water mixed with a ridiculous amount of salt, form a bacteria’s point of view. So it has no way of surviving or multiplying, making your brined meat safe.

The spices and condiments will stick to the meat and give it flavor, and if you were to use saltpeter it’d also keep the meat pink and bright looking.

So why does it still work without saltpeter ? Because you need to cook the meat afterwards, so there is no raw meat or bacteria left in that brined brisket. Even without cooking, it’d be safe due to all that salt.

After all, saltpeter is there to give color and make sure the meat is safe to eat. In the case of a meat that will be cooked anyway, it’s not mandatory. We recommend using it, but you can do whatever you want. 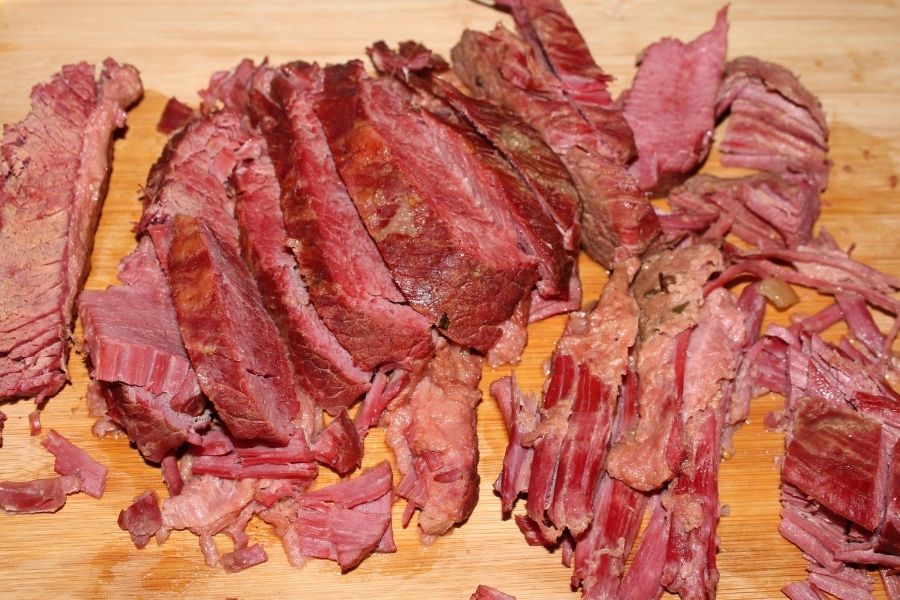 Can you just go get saltpeter?

Yes, if you want to use saltpeter rather than trying without it, you can choose to go out or look online to find it. Just keep in mind that it can be difficult to find food-grade saltpeter due to health concerns.

You should also try to find a professional mixture that already has salt mixed into it. You only need a very small amount to cure meat, and it can be dangerous to use too much. It’s not the time to skip the measuring spoons and just eyeball it.

Nitrates and nitrites can be toxic when consumed in a large quantity, so make sure that you keep yours clearly labeled, away from pets or kids. It could be easily confused with salt, but it is not safe to eat in the same amount.

500 years ago, a chef figured out that salt from different sources had different levels of effectiveness when it came to curing meat. The most effective salt could actually improve both the taste and the color of the meat. It had an impurity of potassium nitrate, or saltpeter.

Today, saltpeter is still used as a curing agent and a way to soften food and reduce cooking time. However, it is not nearly as common as it used to be for various reasons, including health concerns held by some folks.

As potassium nitrate became commonly used, it produced inconsistent results when large batches were made. So folks switched to sodium nitrate (NaNO3), which turns into sodium nitrite(NaNO2).

When you go buy curing salt, it’s mixed with sodium nitrate and colored pink, so it won’t be confused with regular salt. Even so, there’s a certain percentage of sodium nitrate used in that mix. They’re usually named Prague salt or Prague powder, pink salt (not Himalayan salt !!!), Instacure, or curing salt.

The major health concerns with saltpeter are that it’s toxic and possibly fatal if ingested by itself, even in relatively small amounts. This is why sodium nitrate is always mixed with a lot of salt, so only a small amount ends up on the actual cured meat.

There’s also the fact that saltpeter was commonly used in gunpowder and fireworks, and people don’t understand that it’s only a small part of those recipes. There are many ingredients in a recipe that are also used for other recipes,

The whole point of using saltpeter is to cure meats. To be more specific, sodium nitrate (saltpeter) when applied directly onto raw meat, will draw out moisture and prevent oxidation. It does this because the bacteria naturally present on all meats turns the nitrate into nitrite. So it’s the nitrite that actually prevents oxidation, not the nitrate.

However, if you are using a tenderizer such as Tender Quick as a replacement for saltpeter in a recipe, it should work just fine. There are a couple of things to keep in mind. As we stated before, Tender Quick and other similar substitutes do not have the nitrates in them that saltpeter does.

They are pretty much pure salt, so if you are using Tender Quick rather than saltpeter, you will need to adjust the recipe accordingly. Replace the amount of salt your recipe calls for with the Tender Quick and drop the saltpeter. You should end up with a similar dish to what you would have gotten with the saltpeter in the first place.