Pepper is possibly the most common spice on the planet, not counting salt, which is more of a seasoning. You find pepper everywhere, in everything, even in some sweet dishes or drinks !

But why is pepper everywhere ? Why is it so common, and why pepper but not another spice ? It turns out pepper has a significant history, with a lot of backstory. There’s a reason salt and pepper go together, and we’re going to discuss that right now. 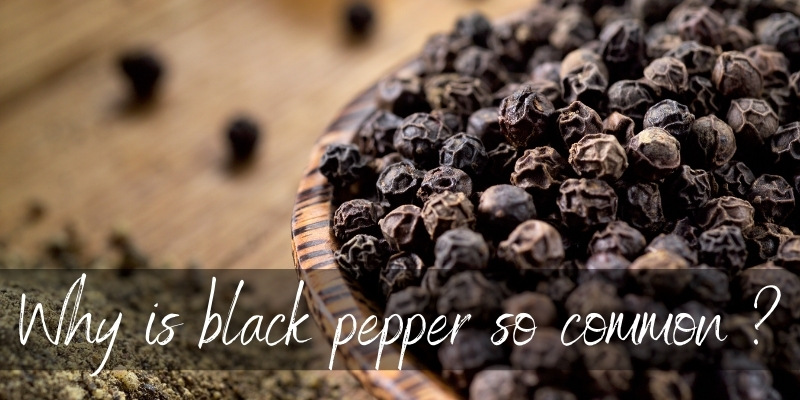 Why is black pepper so common ?

Black pepper is so common because it’s the oldest spice that was widely used, mostly thanks to Roman conquest and trading. Pepper was well known and used in India, all way back in 2000 BC. When the Roman empire extended into Asia and thus India, they found the spice, fell in love with it, and brought it back to the Empire.

So valuable was black pepper that it was actually used as currency for a while, and often named ‘black gold’. As Europe was pretty devoid of any spices, pepper became a luxury that could enhance a mostly bland dish.

At the time, the most that could be done to food was apply herbs and salt. Spices only came later, and were very expensive. SO as time went on and trade routes were more circulated, pepper became easier to get a hold of.

It simply became the go-to spice for pretty much any dish, even if just in a small amount.

We’ve mentioned black pepper is old, really old. But we should explain that a little. It seems pepper was so prized it was actually used for the mummification of king Rameses II. How ? Well, black peppercorns were stuffed into his nostrils.

It might sound silly today, but remember that pepper was a luxury. And pharaohs went to the afterlife with their most prized possessions, which often included luxury items.

In the first century AD, there was a Roman cookbook collection that featured black pepper in most of its recipes, in various amounts. In the third century AD, black pepper was recorded in use in China. It quickly rivaled the use of Sichuan pepper. And no, Sichuan pepper isn’t the same as black pepper. We were pretty confused too, but it turns out it’s a different plant.

Their flavors are similar and they’re often used together, but Sichuan pepper is actually a very distant relative of the citrus ! Small world, huh ?

Why are pepper and salt always paired ?

Back to black pepper, since it became the go-to spice in Europe and along the spice route, it turned into a must-have. Along with salt, which was both used to bring out flavor and to survive – humans absolutely need sodium in small amounts – pepper and salt became a thing. 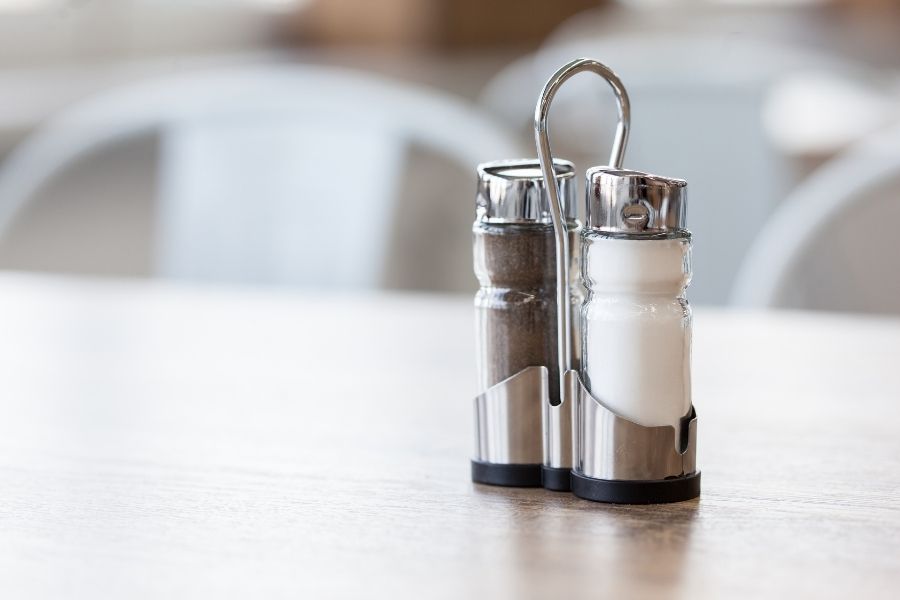 Yes, salt was necessary and actually very early settlements were built around salt flats, salt springs, or lakes that dried up and turned to salt, like the Yuncheng salt lake in the Shangxi province of China.

Salt was established as essential long before pepper was discovered. But once it was, oh boy, it became the thing to have at your table and severe taxes and exorbitant prices were the norm when trying to buy pepper.

So salt and pepper are a blend of luxury items that became commonplace, of which one is absolutely vital to life. Nowadays we have plenty of salt in all of our food, whether we add it or it’s already added. But adding a little bit of salt always makes a difference in cooking.

Where does most black pepper come from ?

Originally black pepper was from South and Southeast Asia, but the biggest plantation was in modern day Kerala, India. It’s definitely not the only place black pepper grew, but it’s where most of it grew, for some reason.

Black pepper is actually the only true pepper. All other peppers are either variations, or faux peppercorns, in that they resemble the flavor but are not of the same plant. So let’s take a look at the various peppers we can find all over the world.

The most common pepper we know today. It comes under various names, depending on where the seeds come from. The biggest of these is the Tellicherry peppercorns, which have a minimum of 4.75 mm in diameter, which is the only thing that sets them apart. And yes, that’s a big peppercorn indeed.

Green peppers are the same as black peppercorns, only they’ve been dehydrated immediately after picking. You see, when pepper grows on the vine, it’s green. Once picked it continues to ripen, and eventually turns black.

Well, green pepper are just regular peppercorns that have been dehydrated so they don’t turn black, and thus their flavor is different. Green pepper is more floral, more fresh, less complex and less pungent than black pepper.

White pepper is actually green pepper, but without the outer skin. Yep, they’re dehydrated too. It turns out most of a peppercorn’s flavor is on the very outside skin. Meaning white peppercorns will taste very different from black or green pepper.

In fact, they’re even more floral and light than green pepper. Some folks say it reminds them of apple cider vinegar, in that it’s also fruity and light.

Pink or red pepper is not actually pepper ! It’s actually related to cashews, and it has a fruity, mild flavor that packs a very small amount of heat. You can find pink pepper separately or in ‘mosaic’ or ‘pepper blends’. Actually, pink pepper is what’s normally used in pepper chocolate !

Long pepper is native to India, and it’s not really well known nowadays. It looks a lot like a small, dried up cork husk or thin pinecone, except it’s dark brown/black. It’s got more sweetness and more heat that regular black pepper, but it’s not grown as extensively. This means your best chance at finding this spice is in specialty shops.

A staple of Chinese cooking, Sichuan pepper is not an actual pepper but a member of the Rutaceae family, making is a distant relative of citrus. It does resemble citrus a little bit in flavor, and personally we think it tastes much better than black pepper.

You’ll find Sichuan pepper in use with chili or a similar heating spice. Sichuan pepper provides more of a numbing, flavorful sensation than heat. Paired with chili and soy sauce you get possibly one of the best sauces in the world, namely Szechuan sauce.

So there you have it, a short history of pepper and why it’s on everyone’s table nowadays. You know, pre-ground pepper is terrible because it loses its punch very quickly. But freshly ground ? Once you buy a pepper mill, you understand life.