Wondering if grapefruit is really all that great ? It looks great, smells great, but oh wow that bitterness… why ? Why is grapefruit bitter, and what can be done to make it taste better ? Does peeling it really remove the problem ? Is adding sugar all you can ever do ? Let’s find out ! 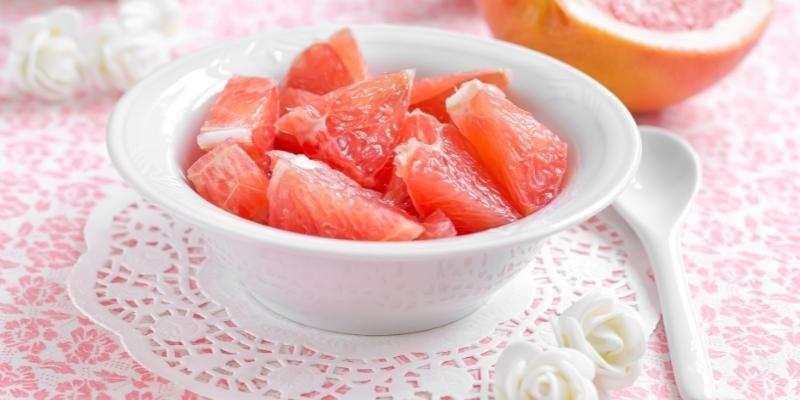 Table Of Content show
1 Why is grapefruit bitter ?
2 Is grapefruit an acquired taste ?
3 Can you make grapefruit taste better or less bitter ?
3.1 Remove as much of the thin white skin as you can
3.2 Sprinkle a bit of sugar and bake it lightly
4 Are there grapefruit substitutes ?

Why is grapefruit bitter ?

Grapefruits are bitter due to naringin, a bitter compound that contributes to the grapefruit’s natural aroma. Most of the naringin is present in the pith and the thin white skin of the grapefruit, and less in the pulp and juice. Grapefruits by themselves are not very sweet, rather they have a strong flavor, mild sweetness, and marked acidity.

Is grapefruit an acquired taste ?

All bitter food items are an acquired taste, including grapefruit. Coffee, dark chocolate, arugula, and grapefruit too can be very off-putting in the beginning. As time goes on and we get older, our taste buds can’t taste bitter as much, and our palate gets more refined. We start to identify the subtle flavors in different bitter foods, and even come to enjoy them.

So yes grapefruit can be an acquired taste, since it’s not immediately pleasing and delicious like an orange or a banana. However no one can deny that a grapefruit without the thin, white skin is better than a grapefruit with the skin on. Once you remove (most of) the bitterness, you get a better feel for the flavor of grapefruit. There’s a very rough edge to that citrusy flavor, just right if you’re looking for something a little different.

Can you make grapefruit taste better or less bitter ?

Yes, you can improve grapefruit’s flavor by removing most of the bitterness. Remember that bitterness cannot be 100% removed, even in commercial grapefruit juice production. This is because some naringin will still be present in the juice and pulp of the grapefruit, no matter what. Now let’s see what can be done to improve the flavor.

Remove as much of the thin white skin as you can

When you peel a grapefruit you know the rind is easy to remove, but the pith is a nightmare. It sticks to everything, including the thin white skin. Do your best to remove both the pith and the thin skin that surrounds the pulp. You’ll find that grapefruit skin doesn’t stick as closely to the pulp as orange skin sticks to the pulp. 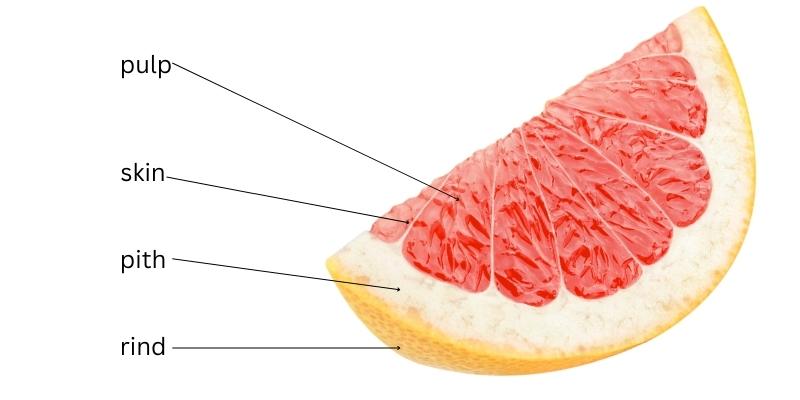 All this means that grapefruits are easier and less messy to strip of most of their white, thin skin. Some pieces might be harder to remove, like the ones at either end of a wedge. Your best bet is to start at the thinnest point, right in the middle if the wedge. Overall it’s still quite easy, even if it is time consuming.

Once you’ve removed the skin (or most of it) you’ll notice that the grapefruit is significantly less bitter and you can even identify its rough citrusy flavor, with a bit of natural sweetness to it.

Sprinkle a bit of sugar and bake it lightly

Another option is to add sugar and bake the grapefruit. Of course, cut the grapefruit open and sprinkle sugar on the inside. The put it in a heated oven for about 10 minutes. The sugar should melt a little, and the entire fruit will be easier to eat with a spoon as it softens. The bitterness will not be 100% gone but it will be much more bearable.

Read also: Why Is Orange Juice Bitter ? Can You Fix It ?

Are there grapefruit substitutes ?

If you’re looking for another citrus that can get you a flavor similar to grapefruit, you have two options: pomelo and blood orange.

Pomelos are one of the citrus ‘parent’ of the grapefruit, the other being the sweet orange. So pomelos are the closest you can ever get to a grapefruit, aside from an actual grapefruit. Pomelos are very large, somewhat sweet, less sour than a grapefruit, and a bit less bitter, They smell very similar and the flavor is quite similar.

Blood oranges are a spontaneous, natural mutation of the sweet orange, which itself is a cross between the pomelo and the tangerine. Blood oranges have their distinctive color due to anthocyanins that develop if there are cold nights as the fruit develops (so the cold season). The flavor is different from other oranges, with a less sweet, more acidic, and slightly bitter flavor, with a berry aftertaste.

So a pomelo is the closest in flavor and genetics to a grapefruit, a blood orange is less similar but will give you great color and a flavor in the same ballpark as grapefruit.