We all know that kale is a healthy and very versatile vegetable, but why is it bitter? The fact that sometimes kale is bitter is off-putting for most people.

For this reason, in this article, we will talk about how to remove the bitterness, what causes the bitter taste, and also if it’s safe to eat it this way.

As I said in the article about why cabbage is bitter, the bitter taste of a vegetable is off-putting because, for us humans, the bitter taste is a sign that something is poisonous. It is not always, but we trained ourselves to avoid it anyway.

You can imagine that thousands of years ago, people didn’t have Google or things like this to check if their food was safe, and anything they avoided anything that had a bitter taste.

I will try to answer this question without going into many chemical details. The purpose of the answer is to help you understand if it’s ok for kale to be bitter or not and what you should do about it. 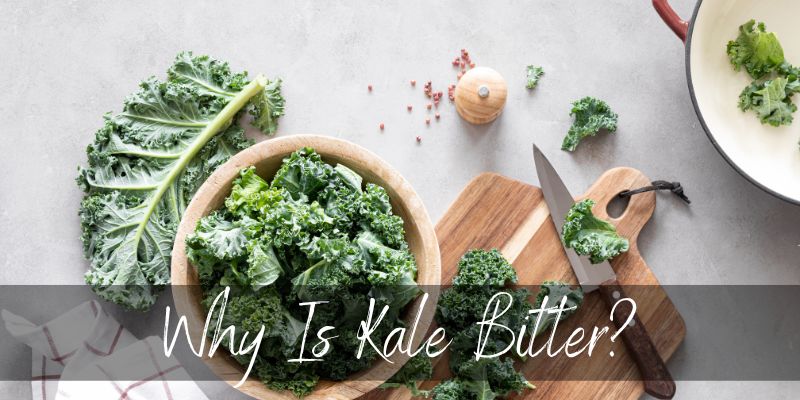 Table Of Content show
1 Why is kale bitter?
2 Is it safe to eat bitter kale?
3 How to remove the bitterness from kale?
4 How to know if kale has gone bad?
5 Conclusion

Why is kale bitter?

Kale is bitter due to its chemical composition, and when you snap the kale leaves, you break down a few crucial compounds that will release the bitter taste as a defense mechanism. This way, they can protect themself from insects and any other pests that will eat the leaves.

In the case of store-bought kale, the bitter taste can also be from the pesticides that were used to prevent the pest from eating them more than they do on their own and also to resist better at transportation.

And lastly, the bitter taste can be due to the fact that the leaves are not clean, they can have little dust or dirt on them, so make sure you wash them thoroughly before eating or cooking.

Those are the natural causes of the bitter taste in kale, if the kale is bitter because of those reasons, it is still edible, but if the kale is going bad and that’s why it has a bitter taste, you should throw it away immediately.

We will talk later about a few things to check to know if kale is going bad.

Is it safe to eat bitter kale?

Yes, it is safe to eat bitter kale. The bitter taste of kale helps them not to be eaten by insects and other pests. But it is nowhere near enough to protect them from humans.

How to remove the bitterness from kale?

There are several ways of getting rid of the bitterness from the kale.

-Washing kale. First thing first, if you didn’t wash the kale, you can’t complain about the bitter taste. You first have to wash, there are significant chances that this is all it needs not to taste bitter anymore. All the other ways of getting rid of the bitter taste of kale should start with washing it first, so make sure you don’t skip this one. 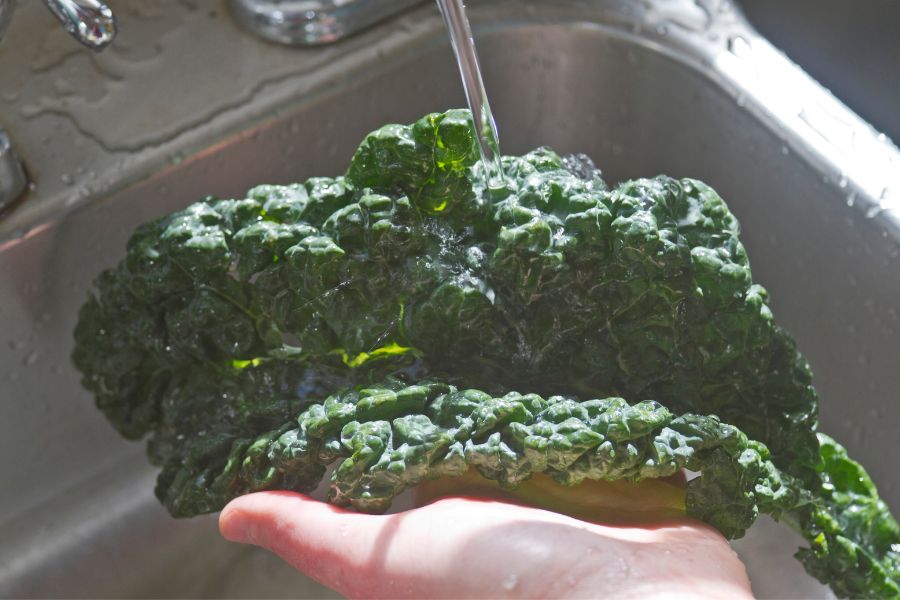 -Blanching. For this, you have to boil water in a pot big enough for your kale, when it starts boiling, drop your kale for one or two minutes, take it out and let it cool.

-Seasoning. Adding salt and pepper to kale should reduce its bitter taste, especially if you give them enough time to be absorbed by the leaves. If you make a salad with kale, make sure you are not seasoning it right before eating. It is better to let it in the fridge for about one hour before eating it, this way, you have a bigger chance of getting rid of the bitterness.

-Marinating. Brushing your kale in any sauce or olive oil with other seasonings will significantly reduce the bitter taste.

-Cooking. This is one of the best ways to get rid of the bitterness from kale. If blanching reduces the bitterness, imagine what boiling it will do. The downside of cooking kale is that it will lose some of its good nutrients, so it’s healthier to eat it raw.

So cooked kale should not taste bitter, if you cook it properly and it is still bitter, you should throw it away since it is most likely bad.

How to know if kale has gone bad?

You should check a few signs before eating or cooking kale to ensure that it has not gone bad.

These signs should also help you buy kale from the market, not to buy one that will go bad too soon.

So, in conclusion, we found out that if we checked all the signs to make sure that the kale doesn’t taste bitter because it is going bad, it should be safe to eat.

Also, the naturally bitter taste from the kale can be removed using one of the methods mentioned above or combining more of them for better chances.

I hope this article helped you know when is safe to eat kale that tastes bitter and what to do with it.