If you like eggplants and cook them often, most likely you found some that taste bitter, but why is there any bitterness in eggplant? Are they supposed to be bitter, or should you throw them away?

In this article, I will talk about what makes eggplants bitter and how you can get rid of the bitterness.

Eggplant salad, (baba ganoush-like) is a staple in Romania, our country, so we roast a lot of eggplants. This is why I know that sometimes the eggplant can look good but taste bitter, and I had to do some research to find out why this is happening. 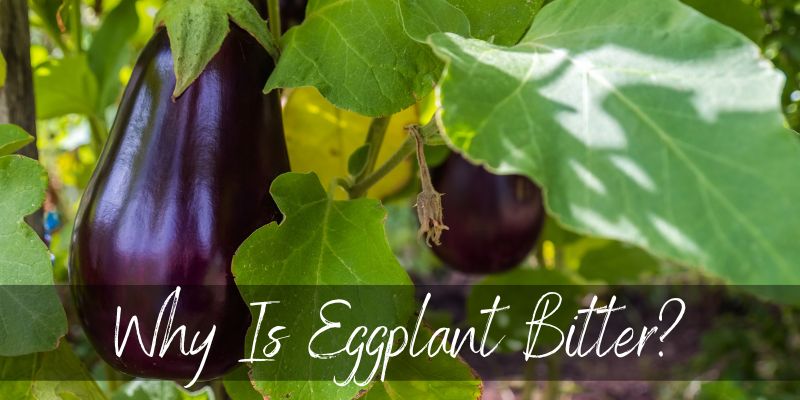 Table Of Content show
1 Why is eggplant bitter?
2 Is it safe to eat bitter eggplant?
3 How to remove the bitterness from eggplant?
4 Should eggplant be bitter when cooked?
5 How to know if eggplant is going bad or is a good one to buy
6 Conclusion

Why is eggplant bitter?

Eggplant is bitter due to its chemical compound called anthocyanin, which is more present when the eggplant is old, overripe, or has not been stored properly.

The bitterness in eggplants will mostly be in their seeds, but it can spread across the flesh as well, so removing the seeds may be a way to get rid of the bitterness but is not guaranteed.

Is it safe to eat bitter eggplant?

Bitter eggplants are safe to eat if they are not rotten. But even so, they will have an unpleasant taste, so while you may not get sick from eating bitter eggplants, you probably won’t enjoy them either.

Read Also: Why Is Kale Bitter?

How to remove the bitterness from eggplant?

There are a few ways to remove the bitterness from the eggplant, so you don’t have to throw it away. But even with those methods, the eggplant will not be as good as a young, perfectly ripe eggplant that doesn’t have a bitter taste from the beginning.

Before using any method to remove the bitterness, make sure you wash the eggplant very well. If some pesticides or other chemicals are used to make the eggplant last longer, they will stick to the knife you use and can get into the flesh, which can cause a bitter taste.

The best way to remove the bitterness from the eggplants is to peel them, then cut the flesh into small cubes, put them in a clean bowl, and salt them generously. Give the salt time to dissolve and get into the eggplant, half an hour should be enough, you can toss them a bit to make sure the salt is spread evenly.

Marinating the eggplants into any type of sauce or oil and seasonings can also reduce the bitterness, but it will not be as effective as the first method.

Soaking eggplants in milk can also help remove the bitterness from the eggplants. All you have to do is to cut the eggplant into small pieces and place them in a bowl with milk for about 30 minutes. This is a good way of getting rid of the bitter taste of more things. I have an entire article about soaking liver in milk, here.

Should eggplant be bitter when cooked?

Cooking eggplants can remove the bitter taste, but if the eggplant is way too bitter, to begin with, it will help if you try to get rid of the bitterness before cooking with them. Otherwise, you might still feel the bitter taste after cooking, for sure not as strong as before, but it can still be there.

Talking about cooked eggplants, I remembered that I wrote an article about eating raw eggplants(check here), and yes, it is possible to eat them raw, and some people enjoy them this way.

If you plan to eat raw or cooked eggplants and you want to have an enjoyable meal, not a bitter tasting one, you should buy a good fresh eggplant from the market.

So this is why next I will talk about what to look for when you buy eggplants to make sure it has not gone bad or is not going soon.

The first thing you have to check to know if the eggplant is good or is going bad is the color of the eggplant. And no, not all eggplants are purple, but most of them are. However, no matter the eggplant color, it should be a vibrant and uniform color without discolorations or brown spots. 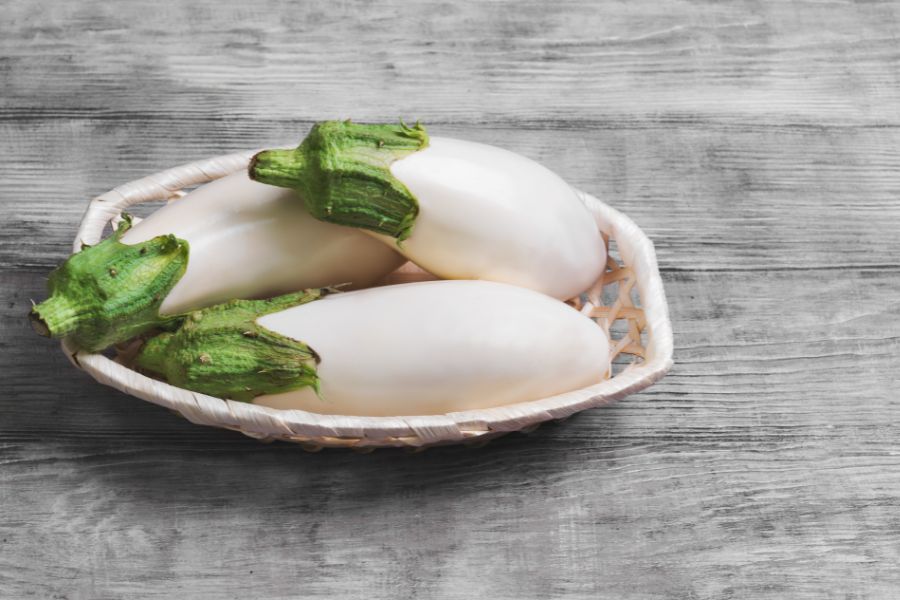 The weight of the eggplant is important because an eggplant that is going bad will not feel as heavy as a fresh one, even if they have the same size.

Last but not least, you should not feel any weird rotten smell from the eggplant, they should smell fresh.

So, after you buy good eggplants, storing them is the next step. Putting them into the fridge might be tempting, but it is not the best way to keep them fresh. Check this article about refrigerating eggplants to find out why.

The conclusion is that bitter eggplant is a sign that the eggplant is most likely old or overripe.

I hope this article helped you know what to do with an eggplant that is bitter and also how to choose one that will not be bitter.