Lychee is an interesting-looking fruit that most likely will make you curious about how it tastes and how you have to eat it, but the first thing you will notice is that it is quite expensive.

So if you ask yourself why lychee is so expensive and if it’s worth trying, don’t worry; you are not alone.

Usually, when I see an interesting exotic fruit like lychee, I try to be cautious about buying too much of it. One because they are usually expensive and the second one, because they are exotic, doesn’t mean they are always good.

I recommend you do the same, don’t buy too much at once without even trying it first. The thing with those exotic fruits like lychee is that we have weird expectations, and sometimes it might be underwhelming.

So I decided to write an entire article about the high price you pay for lychee and why it might or might not be worth it. 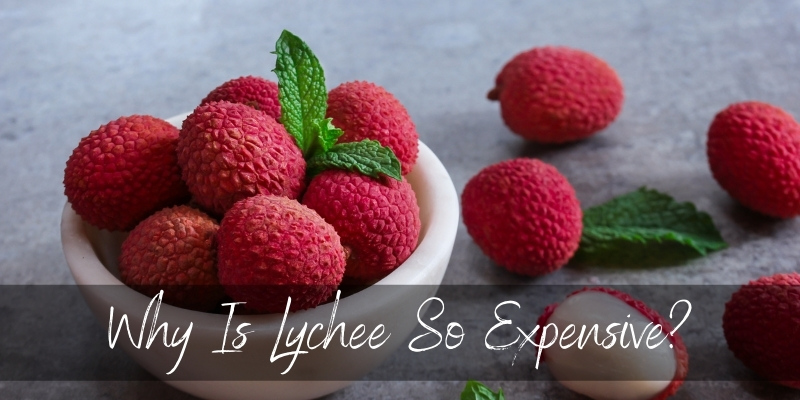 Table Of Content show
1 Why is lychee so expensive?
2 What does lychee taste like?
3 How to choose good lychee?
4 Conclusion

Why is lychee so expensive?

The fruit ceases to ripen after it’s picked, so you have to sell it as fresh as possible, making it hard to transport long distances since it will go bad.

Also, lychee has a hard time growing in a rainy season, and since the weather has changed a bit, even in the tropical areas where lychee grows, it is harder to have a good harvest of lychee, which most likely impacts the price.

Lychee has a good ratio of flesh to peel since the peel is very thin, which at least assures you that you will not remain with way too little flesh after pealing it. But you have to know that the seed can be quite big compared to grapes seeds or other similar fruits.

So if you are not from southern China, Taiwan, Vietnam, or a few other tropical places like South East Asia or Florida and Hawai, you will probably see lychee being way too expensive. And you might be more familiar with canned lychee than fresh.

Read Also: Can You Freeze Lychee?

Lychee has a taste close to a watered down strawberry combined with some floral notes and also a bit of coconut. For sure, it has its own unique flavor that you can’t get from only one fruit or plant, which makes it interesting but hard to use in too many ways or recipes. Lychees are not known for being very sweet.

Its texture is close to a grape combined with a gummy bear if you can imagine such a thing. It is gummy outside with a watery inside that has a fragrant taste.

Now that I described it, I realized that it is a very complex and interesting fruit that is at least worth a try, and no wonder some can consider that the high price is justified.

How to choose good lychee?

For you to have a great first experience with lychee, I thought I would give you a few criteria to check when buying lychee from the market.

If the fact that it is expensive doesn’t stop you from buying lychee, you can do your best to buy some good, fresh ones. 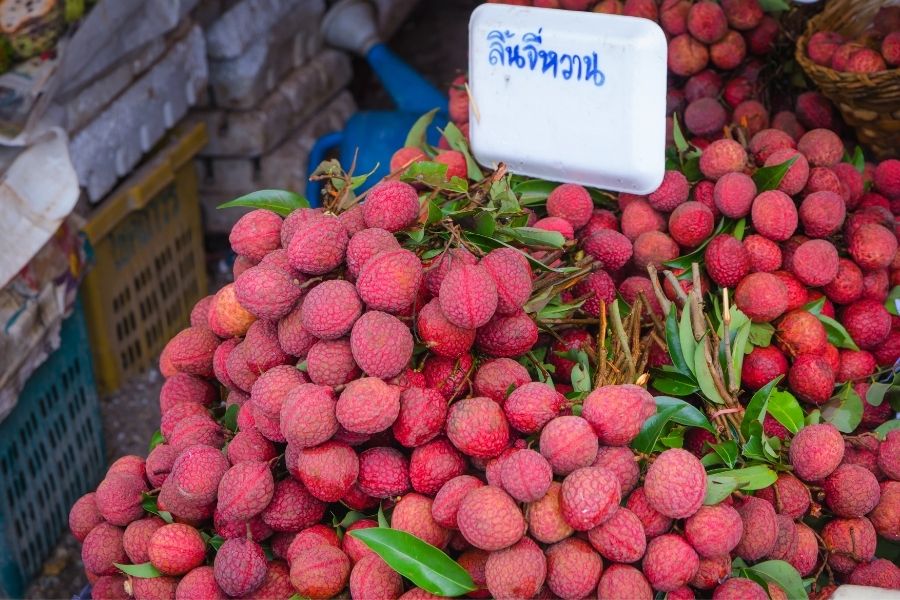 Check for those signs before buying lychee:

-Color. Lychee should have a vibrant color of red, pink, orange, or sometimes an interesting combination of those. If the color is too pale, it can be a sign that the lychee is not ripe enough, and as we talked before, lychee doesn’t ripen anymore after it’s picked up.

-Texture. The texture of its skin is crusty, but at the same time, it should not be rigid enough to break when you gently press it with your thumb.

Also, the flesh should feel bouncy when you press it. If it’s too soft, it is a sign that it is overripe or even has gone bad.

-Discontinuation. If you see any cracks in the skin, you should avoid that specific lychee, especially if a liquid came out of the fruit through those cracks.

-Smell. Ripe lychee has a strong floral scent that can be felt through the skin as well.

-Taste. Usually, you can not taste the lychee before buying it, but if you have this option is good to know that if the taste is too vague and pale, that is a sign that the lychee is not ripe enough. Otherwise, if it has a strong, fermented flavor, this can signify that the fruit is overripe or has not been stored properly.

There are quite a few reasons why lychee can be so expensive. But it is worth a try to see if you like it.

If you live way too far from a place where lychee grows, you can expect to pay a higher price which applies to any type of food but especially to the ones that have to be sold fresh, like lychee.

I hope you now understand why you have to pay the higher price and you will at least give it a try.