If you love hunting then you’ve probably brought home a rabbit or two in your days. Even if your hunting is done in supermarkets, you’ve likely looked at, if not already cooked, a nice rabbit for dinner. But you don’t do that every day.

Why is rabbit meat not popular ? Is there something bad about rabbit meat that some people seem to know ? Is it the fluffy bunny factor ? Actually, it seems rabbits aren’t all that popular for a few, very good reasons. Here they are. 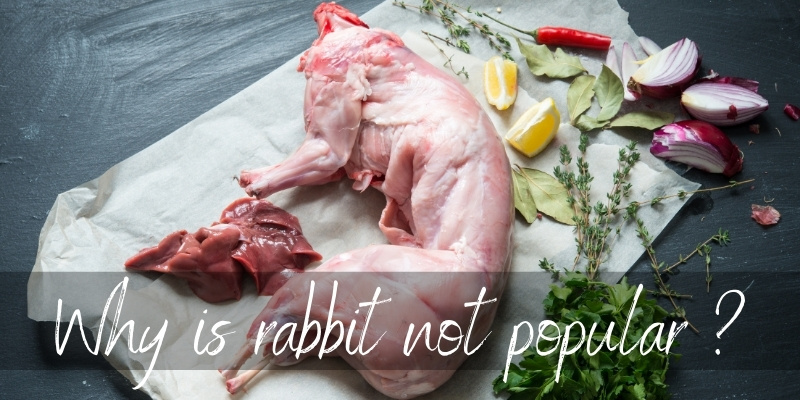 Table Of Content show
1 Why is rabbit meat not popular ?
1.1 1. The fluffy bunny factor
1.2 2. Small yield per rabbit, compared to chickens
1.3 3. Rabbits have stricter diets, more expensive to keep
2 Why is rabbit meat so expensive ?
2.1 The livestock we keep is always useful in some way
3 Rabbit starvation is real, and poses health risks

Why is rabbit meat not popular ?

Rabbit meat is not popular meat because it’s not profitable to produce, as the rabbits are small and lean. They need a very specific feed, which is more expensive than chicken or cattle feed. And they’re first and foremost seen as cute, cuddly pets that you buy for your kids. Not something to serve for dinner.

There are people who have rabbit more often, such as those who live closer to forests and may even go hunting. For example in the UK rabbit meat used to be more popular than it is now. Rabbits could be easily caught in the wild and brought home for supper. But, they’re not as nutritious as other kinds of meat, and we’ll get to that in a minute.

One of the first things that comes to mind when you think of rabbits is ‘bunny’. It’s an animal that’s first thought of as a pet, rather than game or dinner. Rabbits have been kept as pets for as long as humans have been alive, but it’s only in the past century or so that they’ve been viewed almost exclusively as pets.

Read also: Why Are Chicken Hearts So Cheap ?

People forgot the times when meat was scarce, so any animal you could hunt was good to eat. The meat industry has developed so far that many people can now afford chicken, beef, pork, and fish. Meats that are more tender, easier to cook, and have a more palatable flavor than game.

This all combines to make people actually upset wen they see rabbit meat for sale in a supermarket. Not everyone, but certainly enough people that the overall rabbit meat sales are pretty, well, low.

Whenever a rabbit is slaughtered for meat and fur, the amount of meat compared to the bones is really small. Rabbits are lean, since not many of them have been bred and developed for meat. Even the meaty rabbits still provide a small amount of meat, At least smaller compared to what you can harvest off a chicken or cow.

So, for a farmer that’s looking for a reasonable profit, a rabbit is simply not wroth the expense. You may think that the rabbit meat you see in supermarkets is the meat form the ones sacrificed for fur. Well, it seems that fully adult rabbits – more fur – are not really that good for meat. The meat gets tougher, leaner, much harder to cook.

Rabbits have a more specific diet they need to be fed, unlike pigs, cattle, and chicken. The feed necessary for rabbits is more expensive than the everyday feed for the usual livestock. For example rabbits need a lot of hay, which is not expensive but nearly all of it goes to horses, cows, goats, and so on. 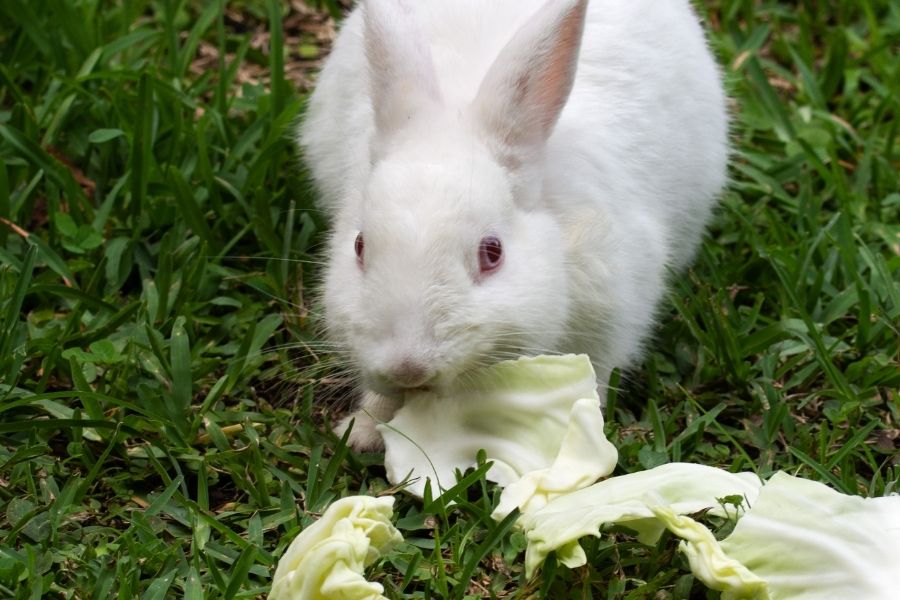 Meanwhile most farm animals can be fed corn, grains, scraps, which are cheap. In fact the corn industry is subsidized by the government, at least in America. Part of it is for corn syrup, and part of it if for feeding cattle and chickens.

Rabbits also need quite a bit of space to roam, otherwise they get very territorial and start to fight. Even in stacked cages, you can quickly run out of space.

So all in all, rabbits yield less meat than more profitable farm animals, and they really don’t sell as well as a food source.

Why is rabbit meat so expensive ?

Not many farms grow rabbits, and they’re not specialized in producing large batches of rabbit meat. While rabbits produce a lot of offspring, they all need plenty of room and food. Simply put, they’re more expensive to keep than other small animals, so the few farms that do this have to cover their losses with marked up prices.

Aside from this, rabbit meat doesn’t sell as fast as chicken, beef, even pork. So markets have to mark up the price as well, to cover their losses.

This leads to a very ironic situation where rabbits are not really bought for food, but end up more expensive than chicken meat.

The livestock we keep is always useful in some way

An important point behind everything we’ve just explained is that all the animals that are raised for the meat industry are the kind of animals you would usually see at a farm. They all have (or had) a specific, good purpose.

Chicken were incredibly rich sources of protein (egg and meat), as well as useful for their feathers. So were ducks and geese.

A rabbit serves no immediate purpose for a farmstead. They could not be used for meat as well as the other animals, and their fur was small, in comparison to bigger animals and the wool of sheep. In short, rabbits were fairly useless for a farmer, in order to keep their family fed and healthy.

Rabbits were left to roam the plains and forests, and were more of a backup meat, when venison or other large game couldn’t be found.

Read also: Why Are Chicken Gizzards So Tough ?

There is an associated health risk with eating rabbit meat. This meat is very lean, and has little to no fat in it. For those who survive off of rabbit and nothing else, no vegetables, leafy greens, grains, oil, and the like, they become malnourished.

The human body needs a bit of fat in each meal, be it vegetable oil or animal fat, in order or function properly. When all we eat is protein and nothing else, at all, our inner workings go bad. We stuff on rabbit meat but feel hungry. Diarrhea, fevers, throwing up, nausea, and so on are common and appear after about a week of only eating rabbit meat.

Does this mean you should never eat rabbit ? Of course not. Cooking rabbit with a bit of fat or oil, with a side of veggies and a bit of starch is perfectly fine.

Surviving off of rabbit meat, and nothing else, is the problem. So hunters lost in the wild for days on end are at risk. Or extended camping trips where you ‘live off the land’ are a big issue, if all you can find/catch is rabbits.

In short, you can eat rabbit, as long as it’s not the only thing on your plate. Make sure to add a bit of cooking oil when you’re roasting this meat, and a nice side of veggies, and you’ll be fine. When you can find rabbit meat for sale, that is.