Bread is the staple food of humankind since the ancient times, dating almost 8000 years BC. You make bread from dough, which you make from mixing water and flour from different grains and you get the result of a flat bread, common to the Middle East and Central Asia. This was the original bread from which modern bread was born.

Bread has come a long way, from the simple flatbread to the many versions we see today. One of the most loved, due to its rustic appeal, is the sourdough bread. It’s certainly not for everyone, but those who love it always mention its sourness as a key factor. But why is sourdough sour ? Can it be too sour ? Let’s take a look. 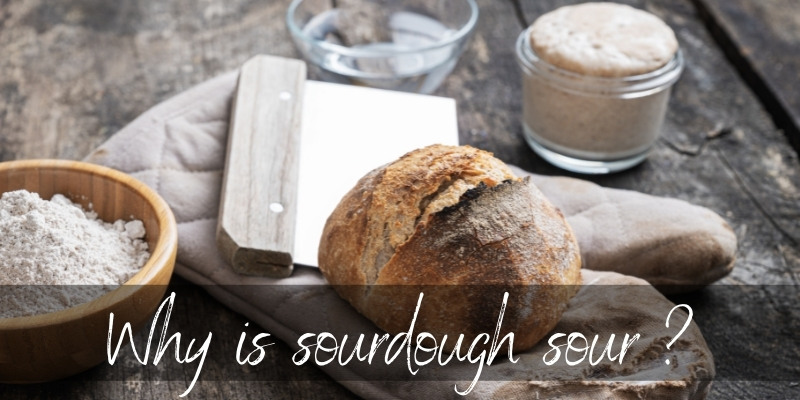 Why is sourdough sour ?

Why is my sourdough so sour ?

Sourdough can easily get too sour if the bacteria culture is left to develop too long, leading to a more vinegary taste (acetic acid) rather than a tangy yogurt flavor (lactic acid). This can happen for a number of reasons:

Sourdough is by no means a simple dough. There are many steps involved and you can tweak the dough through many ingredients and when you decide to add something, degass, how much starter to use, what flour to use, what temperature you work in, and so on.

Adjusting sourness is something you learn in time, and with a helpful cheat-sheet, like the one on Truesourdough.com.

Read also: What Is Cultured Butter ?

Why is sourdough gummy ?

Sourdough can end up gummy if the starter you’ve used is much too young or immature, or if you’ve used too much water in your recipe. The end result for both versions is that the starter culture did not produce enough gas, to allow the gluten network to stretch and develop properly. So a dense loaf of bread is the result.

How do you make sourdough starter ?

Before you get to the actual dough you need to make what’s called as a “starter”. Its a mixture of flour and water which already contains colonies of bacteria from yeast and lactobacilli. Lactobacilli are the bacteria that make your milk sour and turn it into cream,  yogurt, cultured butter and other fermented foods.

You can increase the volume of the starter as it ferments by periodically adding water and flour and if you plan on keeping the starter for longer periods of time you have to “feed” it with flour and water to keep it alive and active otherwise the colonies of bacteria will die and it wont be of use when you actually want to use it for baking.

When you are ready to bake you need to add your starter to your dough and start baking your desired recipe. Depending on the quantity you want bake you might not need to add all your starter and keep some leftover. To that you can again add water and flour to refresh it for another day when you want to bake sourdough again.

One important thing to know is that your starter has only three days of usability after which it will acidify and will not be good for baking so plan accordingly.

What can you use sourdough for ?

From the obvious baking of bread with sourdough there are many other recipes you can use it for to surprise your family, friends or even yourself with the great taste that sourdough gives.

The first recipe everyone should try is sourdough pizza. instead of using the normal pizza dough try switching it up with sourdough. Combining the taste of pizza with sourdough will impress even the most picky eaters by bringing something new and delicious to and already beloved food and you might not even find the crust left on the plates.

The fact is that the isolated forms of yeast we find today have been around for only about 100 years which means that before the pizza we know today there was sourdough pizza. You might say that sourdough pizza is the real authentic pizza.

Most of us have fond memories from our childhood regarding pies. No matter the occasion or lack thereof we all love pies from sweet apple pies, to the famous pumpkin pie, to our dads favorite meat pie. Adding the sourness of sourdough to the pie might be a gamechanger for many of us who have not experienced the amazing combinations of tastes you can obtain from pies giving us a rich flavor with every bite. 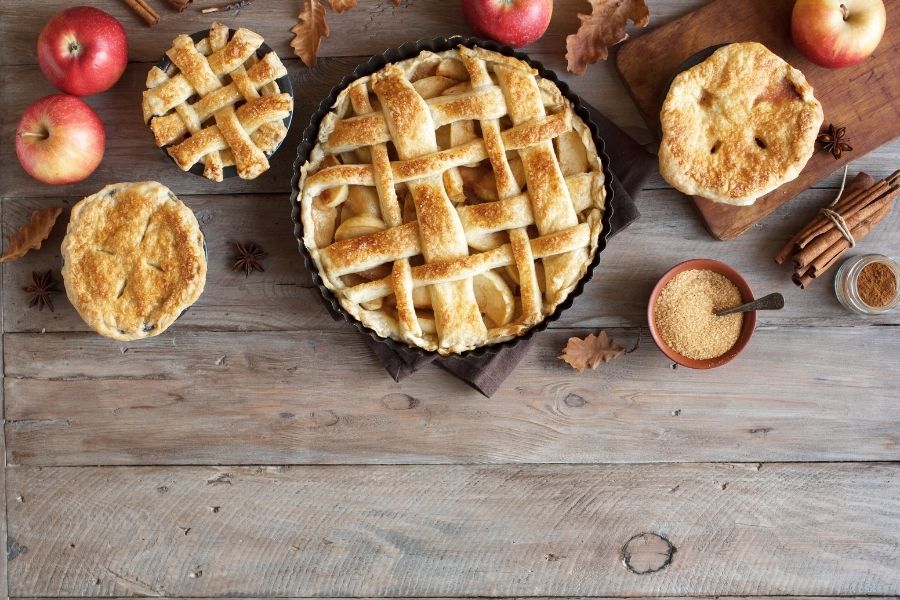 Everyone has slurped on spaghetti at least once. And if you ask someone there are pretty big chances that they will tell you they are in love with pasta. From spaghetti to tagliatelle, fusilli, gnocchi, farfalle, macaroni and made in so many ways with so many sauces or soups you definitely find at least one that you like.

I think there is no movie about cops where they don’t eat at least one donut while sitting in the car and somebody speeds in front of them making them drop that delicious donut and rush to chase them. Donuts are a versatile little treat.  Chop them across and make them a nice breakfast with some cheese spread and a bit of salami. Or they can be filled with chocolate or jam and have all the toppings and sprinkles people put on them. So why not make them with sourdough as well to throw something new in the mix? Most likely you will be left pleasantly surprised by this.

If you made too much starter and its about to hit the 3 day mark then you can use it as batter for the chicken you were about to cook. Nobody wants to waste food so you can always find inventive way to use your leftovers. To use it as a batter try making a thick batter consistency by add in either water or flour depending on the need then add all the seasoning you want. All you have to do now is just dip whatever you want cooked in that batter and start cooking.

If you want some snacks or are baking in preparation of a road trip you can always make some pretzels or crackers with sourdough. Sourdough already improves the preservation qualities of baked goods so its even better than normal dough already not to mention the taste which is definitely better.

It may be hard to believe but yes, you can use the sourdough starter in cakes as well. Most online recipes need flour and water/milk, so guess what’s in your sourdough starter. Just remember to keep the ingredients ratio the same because cakes might be very pretentious when it comes to its ingredients and what quantities they are in. But there are definitely plenty of recipes just a click away.

Sourdough is as versatile as dough itself but with extra taste. Since it’s been used by people for thousands of years it means its taste can keep up with even the most pretentious of taste buds.