Sugar is a kitchen staple, to the point where even if you’re trying to not eat very sweet meals, you still have some sugar around the house. And if you’re any sort of home baker, you’re definitely well acquainted with sugar. And given sugar’s popularity, there should be no surprise there are so many sugar types out there.

But one thing stands out. Why is the go-to sugar white ? Does brown sugar has something added to it ? And why is there such a difference in texture and feel between brown and white sugar ? We all know white sugar has a deep, rich history but today we’re going to focus on why sugar looks the way it does, and if this version is any better than others. Let’s take a look. 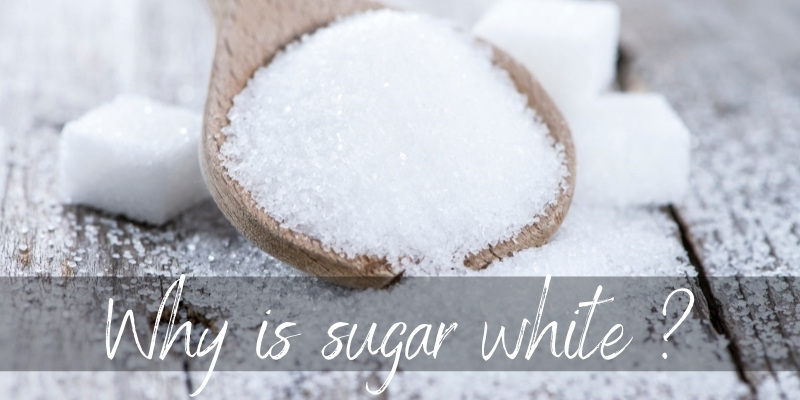 Table Of Content show
1 Why is sugar white ?
1.1 Why is molasses removed from sugar ?
1.2 Is brown sugar better than white sugar ?
2 Why is sugar a wet ingredient ?

Why is sugar white ?

Sugar is white because it’s been stripped of all molasses and impurities, and has been further filtered to be pure sucrose. White sugar is much less bitter than brown sugar, as it has no molasses left in it. This gives it a perfectly neutral taste, which is preferred in most recipes.

For example in white cake recipes, where the yolks are omitted to keep the cake a white color, white sugar does not change the overall color of the baked cake.

Similarly, white sugar can blend into any drink or food, as when it melts it’s 100% clear, with no residual color. The only way to bring back some color is to melt some sugar into caramel.

Why is molasses removed from sugar ?

Molasses is removed from sugar precisely because of its flavor. Not everyone likes molasses, as it has a vaguely earthy and bitter taste, and in many recipes it can show through. Some people love a bit of molasses in their sugar, so they will always opt for brown sugar.

But since ancient times, back when sugar was first refined, white sugar was considered the best, as it was perfectly pure. This went on for a long time, since very refined foods were always considered superior.

Read also: Why Are Walnuts Bitter ?

Take a look at white bread and wholegrain bread. Processing wheat to the point where the flour is perfectly smooth and white takes time and effort, and the resulting bread loaf is delicious and vaguely sweet (compared to wholegrain). Having access and affording this kind of bread (and flour) was very well seen.

The story with white sugar is very similar. Being so white and melting transparent, white sugar became a cook and baker’s best friend, as it was very easy to work with and it, too, was considered a commodity until slave labor made sugar widely available.

Brown sugar still contains some molasses, or has had some molasses added back into it. This results in a deeper, slightly bitter flavor that readily translates into caramel notes when the sugar dissolves. Some people love this about brown sugar. This kind of sugar is also better at getting a chewier consistency in baked goods, such as cookies. Cookies made with white sugar tend to come out crisp, compared to those made with brown sugar. 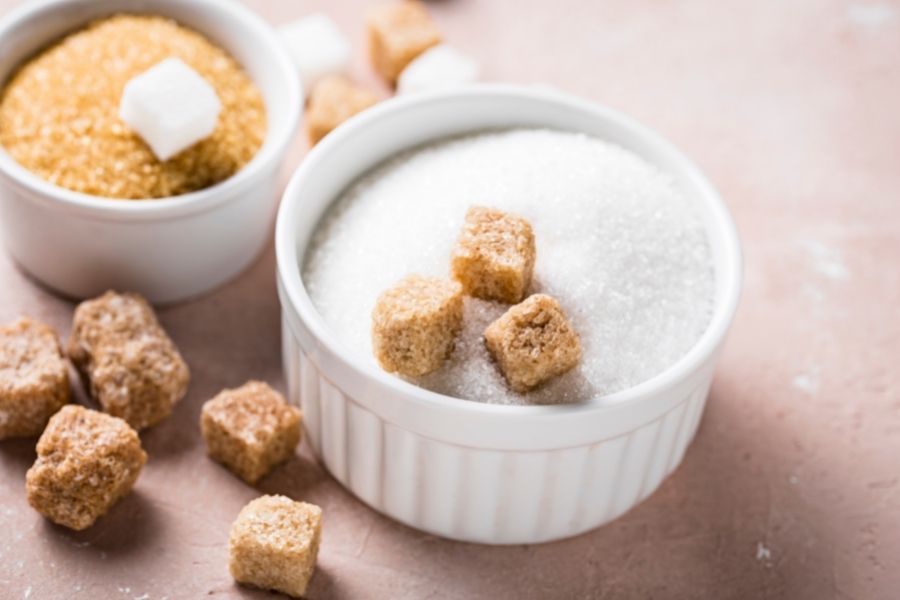 White sugar has the molasses completely removed, which completely removes are minerals and vitamins that may be present in molasses. In truth, the small amount of molasses that is leftover in brown sugar does not provide enough nutritional benefit to really make a difference.

So in short, brown sugar is only marginally better than white sugar, in that it has some leftover molasses and thus a semblance of actual flavor and aroma, aside from just sweetness. For those who only want to sweeten their preparations and don’t want to change the overall flavor, white sugar is much better suited.

Keep in mind that brown sugar, especially the moist kind, cannot be ground into a fine powder since it will turn into more of a paste, due to the molasses.

Why is sugar a wet ingredient ?

By itself sugar is not a liquid, but it is considered a wet ingredient because it is mixed into the wet ingredients. This is because the sugar will prevent the water in the wet ingredients from bonding with the starch to form gluten. In this way, sugar is key in keeping gluten from getting too strong in something delicate like a cake.

In breads and thicker doughs, you need gluten for the baked goods to keep their shape and structure, and provide some chew to the food. In something delicate like a cake, you don’t want that. You want it to hold its shape on its own, but also be fork-tender.

So, sugar binds the water in the liquid ingredients – milk, eggs, butter, oil – so the starch from the flour won’t bond with it and form much of a gluten network. That is, there is some gluten there, but much less than normal.

Does this mean adding sugar into the flour will make more gluten ? It might, we’re no scientists but we imagine the sugar won’t have time to absorb as much water and dissolve into it in this case.

We also think that explaining all of this doesn’t just roll off the tongue. So, as a shortcut in most baking recipes, sugar is listed as a wet ingredient so you always know to add it into the wet half of what you’re mixing. After all, all cakes and muffins and donuts are the sum of a dry mix and a wet mix of ingredients.