Christmas time is a special, magical time when all of the most delicious flavors come to your kitchen. And one of the most iconic Christmas flavors is, oddly enough, peppermint ! It’s sweet, refreshing, and brings juuust the right note of nostalgia.

But why is peppermint associated with Christmas ? You’d think something as cooling and refreshing as mint would belong in summer, right ? Well, apparently this is a very long tradition, with its roots lost to time. Let’s check it out though. 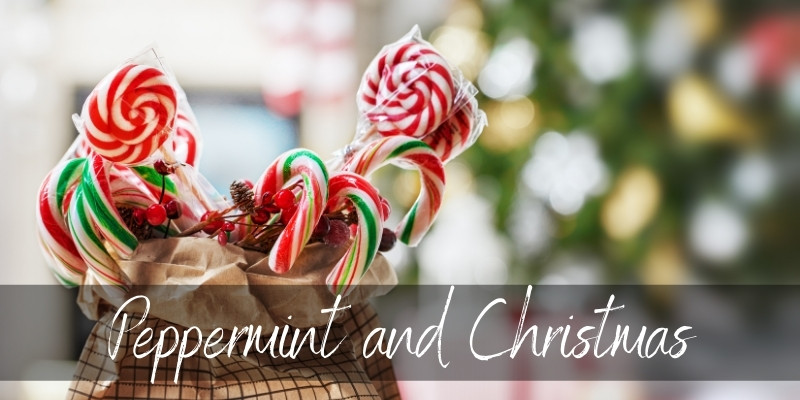 Why is peppermint associated with Christmas ?

Peppermint is associated with Christmas due to peppermint candy canes, which were commonly given to children during the holiday season, and often hung in Christmas trees as decoration. This has gone on for generations and the sight of candy canes is a reminder of Christmas tide to most people.

Why were children given candy canes for Christmas ? All we have is several legends, and the beginning of most of them claims that sometime back in the 17th century in Germany a local priest wanted to find a way to keep children quiet during Christmas mass. So he came up with the idea of giving the kids candy canes to soothe their sweet tooth, and keep them busy.

A variation on this legend claims the bend in the candy cane was produced for this occasion, to remind children of the shepherd’s crook in the Nativity story. A different variation claims the bend came much later, and was just a way to keep the canes on the Christmas tree.

Yet another version claims that the canes’ colors were meant to signify the purity (white) of Christ, and His sacrifice (red). However red food dye was a bit difficult to obtain if you were not nobility or had the money for it. It’s very likely that the red stripes were added later. The green stipes are definitely a modern addition, and those are done by some companies to separate their mint candy canes from non-mint candy canes.

Menthol vs actual mint for Christmas

The odd thing about mint is that it tastes completely different in herbal form than in syrup form. This is because when you crush some actual mint leaves, you get just a bit of menthol, and the rest is the natural flavor of the mint herb. This is what we’re used to and expect to feel in drinks.

Menthol is just the compound found in mint leaves, and when you find a mint syrup to flavor something it likely has menthol added. This is an incredibly common way to add mint to something, and candy canes are no strangers to mint syrup.

So there you go. The minty-fresh of peppermint-derived menthol is what people associate with Christmas, not the actual mint herb. Which just manages to confuse everyone, but it’s still something that happens.

What are peppermint pigs ?

Peppermint pigs are a traditional sweet, hailing from Saratoga Springs, NY. They are made of sugar and menthol, and come in the shape of a realistic pig, in a pink hue. each pig comes in its own little velvet bag, and with a small metal hammer. The point is to smash the pig into tiny pieces while it’s still in the bag, and share it with everyone at the Christmas table.

This tradition is not well known outside of the USA, but it’s an interesting take on the ever-present peppermint candy at Christmas. As for why the candy is in the shape of a pig, and not something else, is because this tradition dates back the later 1800, when pigs were a sign of fortune prosperity.

Why are candy canes made of peppermint ?

The main reason candy canes are made with peppermint is tradition, nowadays. Starting from the old version of candy canes that was supposed to pacify rowdy kids during Christmas religious gatherings, virtually everyone how expects candy canes to be peppermint.

Adding peppermint to something that you eat during the holidays is actually a smart move. Most holiday or winter food is hardy, and very flavorful. Something minty fresh is always a welcome change, to cleanse one’s palate and to tell the brain that dinner time is over.

There are other flavors as well, such a cherry or cranberry. Most of the time though, they are peppermint flavored and that is what most people expect. The flavor isn’t overly strong, not like toothpaste, but it’s a nice, pleasant tingling.

Why are candy canes red and white ?

Candy canes have been red and white for decades and the real reason behind this is lost to time. Some claim the red stripe was added to signify Jesus’s blood and His suffering for our sins. Some claim the red is just there to add an extra visual element and better blend into the holiday colors of red, white, gold, and green.

Whatever the case, the red stripes are a key feature of a candy cane, aside form its crooked shape. Some companies have begin adding a third green stripe to candy canes. Partly to make them different from the other candy canes on the market, and partly to reinforce the minty flavor with a visual aid.