When it comes to tropical fruits that have arrived to our shores in recent times, guavas are one of the most interesting. With a distinctive and incredibly sweet flavor, it’s one fruit that is easy to fall in love with.

However if something seems to be synonymous with guavas that is seeds. Guavas have seeds everywhere and all over their flesh, so that does bring up a question. Are guava seeds edible in the first place? 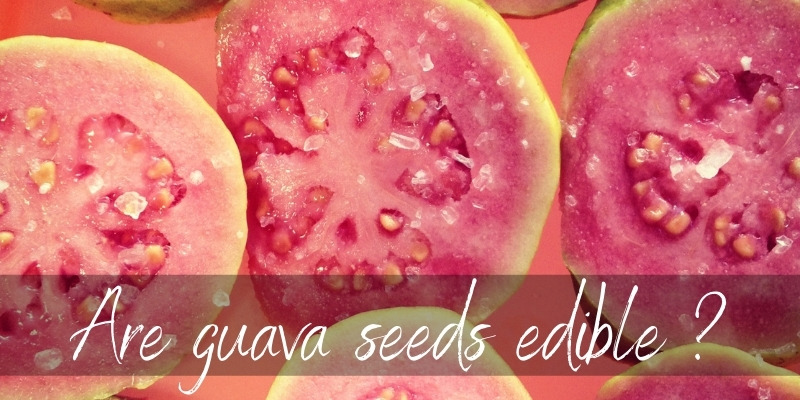 In short yes, guava seeds are perfectly edible. Nothing about their properties is in any way harmful for humans, and locals in areas where guavas are grown tend to eat them whole. And by whole we mean skin and all. So the next time you buy a guava you can rest assured no part of it can cause you any harm.

At the end of the day eating guava seeds isn’t a matter of benefits as much as it is a matter of need. When you take a bite anywhere on a guava you are going to find seeds, that’s just unavoidable. So when experts or fruit enthusiasts mention you should eat the seeds it really is pragmatism talking.

Nonetheless it is important to make a distinction when it comes to guava seeds. While most seeds can be “eaten” they usually really aren’t edible. What this means is that the seeds themselves aren’t digested. Guava seeds are actually edible on the other hand, so in comparison to other seeds, they actually can be seen as food.

So overall while the habit of eating guava with seeds comes mostly out of practicality, they still are more edible than most seeds.

Are guava seeds meant to be hard?

A common complaint when it comes to the seeds in guava is their texture. It’s common for people to complain about the seeds being too hard and due to that to turn away from eating guava altogether. However this could very well be a tell that the guavas you are being sold aren’t as good as they should be.

While guava seeds are considered hard seeds this doesn’t mean they should be obnoxiously so. Guava seeds aren’t meant to be as soft as those in a strawberry for example, but they shouldn’t be as tough as a peach’s for example. At most the seeds in guava should be softer than apple seeds, and when it comes to particularly sweet guavas the seeds aren’t that much tougher than its flesh.

If the seeds in the guavas you’ve had are harder than this then there’s a very big chance that the fruit isn’t that ripe. Seeds in guava tend to become softer as the fruit ripens. So overly resilient seeds usually mean the fruit was harvested before it’s time.

While the harder seeds are obviously an annoyance the real issue here is that you’ll be missing a lot of flavor. Properly ripened guavas pack much more flavor and this is the ideal stage for them to be harvested. If you find the seeds in your purchases are just too hard, then consider finding a new provider. Not only will it help with the seeds, but you’ll get to enjoy the fruit more overall.

What recipes use guava seeds?

In general there are very few recipes that focus on the seeds of the guava itself. Thanks to its sweet flavor the flesh is really what’s most valued for cooking and that’s where the focus lies. If you have cooked with guava before or checked recipes you might have noticed that most recipes call for removing the seeds at some point in the preparation. However that doesn’t mean that you have to.

Suppose the idea of removing the seeds sounds too bothersome or you just prefer the idea of keeping them in. In that case, there’s really no recipe that will be affected by keeping them. Juice and smoothies are really the recipes where seeds are most likely to appear. Since all guava parts are edible you can easily cut the fruit in pieces and grind it as is in your blender. 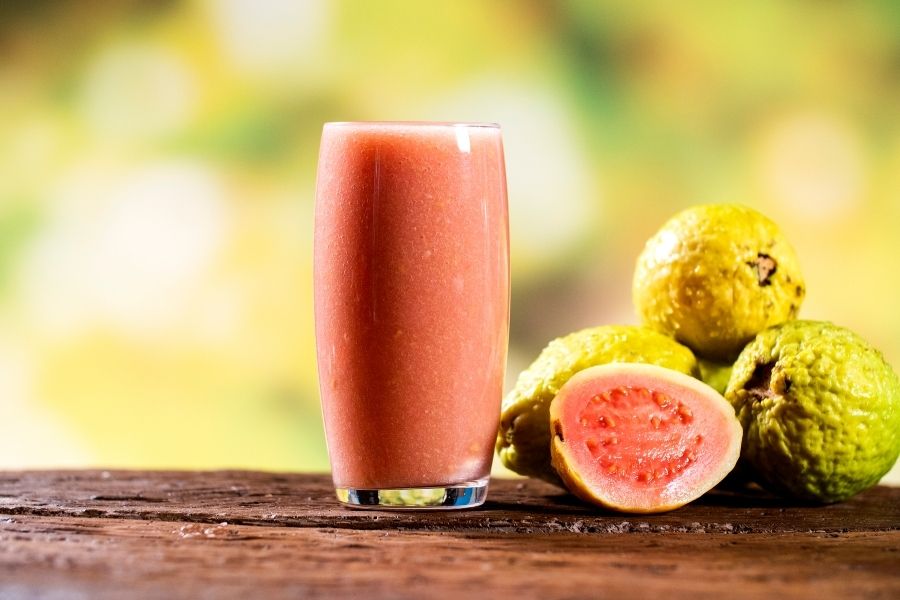 As we mentioned above, if a guava is properly ripe then the seeds should be soft and by the time the blender is done they’ll be functionally gone. If the seeds are still somewhat hard then bits might make it through, but they should be really small. And you can always pass the result through a strainer.

In smoothies the seeds might even play into the final texture. Guava is great for thick blends thanks to its natural texture, so it’s perfect for smoothies. And if you enjoy adding other ingredients to the mix like tapioca balls then the seeds can also help with the final presentation.

When it comes to puree or jam you probably shouldn’t leave the seeds as is. If you want to add them then it’s a better idea to grind them separately to make sure there are no large pieces left. But in general any recipe that uses guava can use the seeds.

Is there a way to deseed a guava?

If you have made your mind about not eating the seeds then there’s a few ways to go around it. The easiest way is to simply cut the guava and half and start fishing out the seeds with a spoon. You’ll be missing out on some of the fruit itself, but with all the seeds it has, this is impossible to avoid.

If you will be using the guava for other preparations, then the easiest thing to do is simply to sieve it. After you have blended, ground, or cooked the guava, just take it through a colander. The seeds should be easily separated.

If you want to take the seeds before processing the guava then boiling it and leaving it in water will make it softer. So you can sieve it manually while it’s still in pieces, the flesh should pass easily while the seeds remain in the colander.

It definitely will take some effort, but that’s just a small price to enjoy the unique flavor of guavas.