Guava is not such a rare fruit that people do not know what it is, but there are still many people who have never tried it before.

If you go to get one at the grocery store, you will probably notice that guava tends to be on the more expensive. It is probably good to figure out if it even sounds like a tasty snack to you before you go and purchase it. So what exactly does guava taste like? 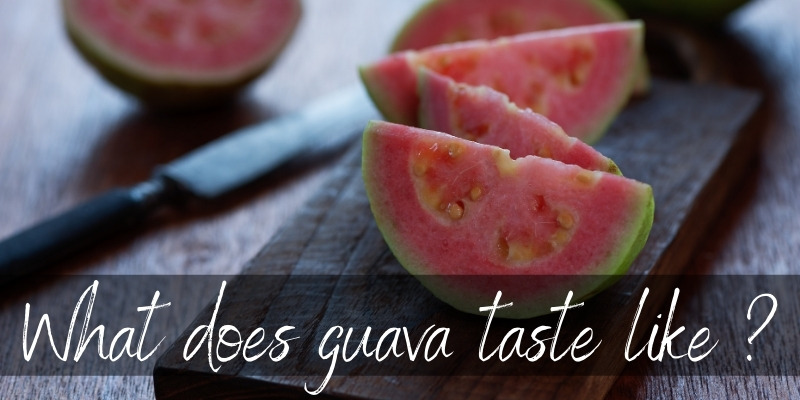 Table Of Content show
1 What does guava taste like?
1.1 Tropical pink
1.2 Tropical yellow or Mexican cream
1.3 Tropical white
1.4 Red Malaysian
1.5 Lemon guava
2 How to eat guava
3 How to store guava
4 How to buy guava

Guavas have a very unique flavor. When ripe, guavas are sweet and flowery and have a pear-like texture (crunch and grainy). They taste like a cross between a pear and a strawberry.

You can also eat guava before it is ripe, but the taste is more tangy and acidic, and the texture is much tougher. Keep in mind that there are several different guava varieties, and each type tastes a little different.

As stated above, there are several different varieties of guava. Below is an explanation of what each option looks and tastes like.

This variety of guava got its name because when it is ripe, the outside turns a creamy white color, and the inside turns a more yellowish red. The tropical yellow guava is definitely the sweetest out of all the varieties and is used in desserts a good bit.

The tropical white guava looks a lot like the tropical yellow guava, as it has both white skin and yellow inside. However, it is much juicier than other guavas and therefore has a mushier texture.

The Red Malaysian guava is one of the more unique looking varieties. It is actually often used as a decoration because of the red skin. Like some other varieties, the inside of the Red Malaysian guava is pink. It is not very flavorful at all, though it does have a tad bit of sweetness. You will see it much more as a decoration than as something that is actually eaten.

The lemon guava is the smallest of the other varieties and looks a lot like a lemon as it is yellow both on the outside and inside. As far as taste, the lemon guava tastes a lot tangier than the other varieties (kind of like a lemon) though it definitely still has some sweetness to you. When you cut it open, you will also get a strong lemony scent.

How to eat guava

First and foremost, when you will eat some guava, make sure that you remove the seeds. They are not poisonous, so they are technically edible. Still, they are really hard, so it may not be great for your teeth, and they can be difficult to digest if you eat too many. The good news is that it is usually pretty easy to pick them out, or you can even spit them out like you would a cherry pit.

As far as how to eat a guava, if you are eating it raw, the best way to cut it is by cutting straight down the middle and then cutting it into slices, kind of like how you would cut a cantaloupe. Then just dig right in and eat. If you want to add a little flavor, you can sprinkle a little salt on top to bring the juices out.

As far as other ways to eat guava, you can make drinks out of it. You can make some juice for kids and those who do not want to drink alcohol. Just blend it and then strain out the pulp. From there, if you want to make a cocktail, you can take the juice and add mint, lime juice, and tequila for a refreshing adult beverage. You can also do things like make jam out of it or put it on top of a salad or ice cream! 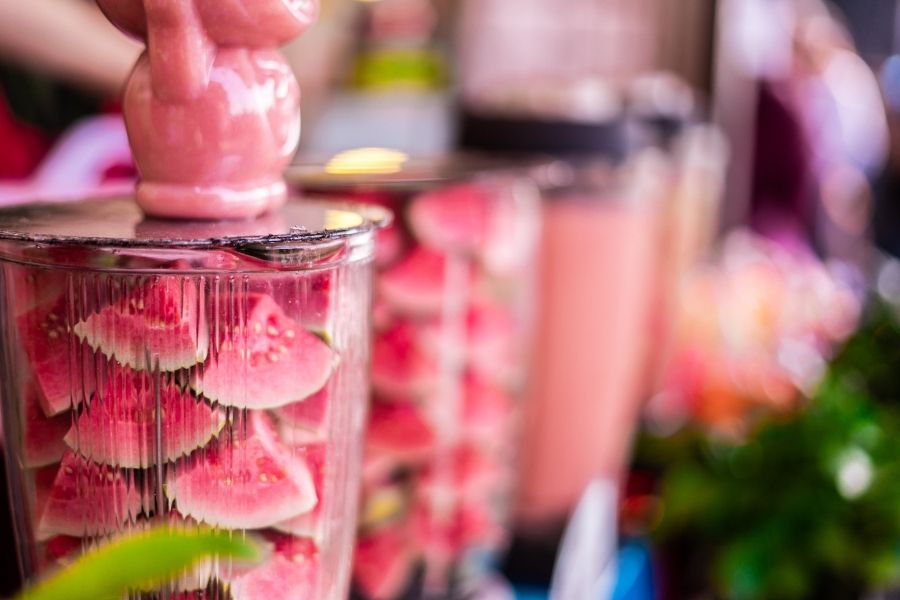 How to store guava

Guava is only going to taste good if you store it properly. If you buy guava before it is completely ripe and you want it to get ripe, leave it out on the counter for a few days.

If you are in a hurry, you can speed up the ripening process even more by putting it in a paper bag with a ripe apple or banana. After it is ripe, you will want to move it to the fridge, so it lasts. You can even extend the shelf life of your guava by cutting it up, submerging it in a simple syrup, and freezing it.

How to buy guava

You can buy guava at most grocery stores, but how do you know which one to buy? Well, of course, it does vary slightly based on what variety you get, but there are a few general rules to picking out good guava.

First of all, if you do not want to eat it right away, it may be a good idea to buy one that is not completely ripe yet and allow it to ripen at your house. However, if you are trying to eat it right away, pay attention to the color, the smell, and the texture. See the section on the different varieties to learn about what color the guava should be when it is ripe.

As far as smell, ripe guava should have a sweet scent that becomes strong as it gets riper, and the skin should feel soft.

Guavas aren’t that well known outside of tropical zones, but they’re very delicious. They’re a treat on their own, so if you ever see some get them !