Have you ever noticed how garlic and onions are so similar ? They’re both pungent, they go well together, and they’re in pretty much any cuisine you’ve ever tried. Granted, some rely on them more heavily than others but they’re still everyone’s favorite.

So if they taste similar, are they related ? Are garlic and onion from the same family ? For someone who has an allergy to either of these, this is vital information. So let’s see. 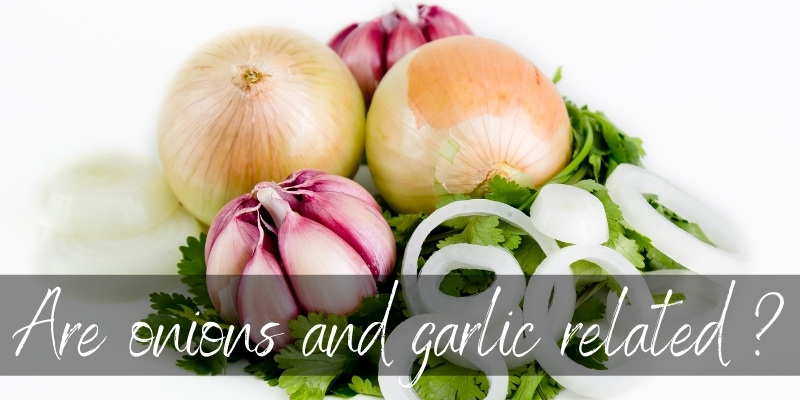 Table Of Content show
1 Are onions and garlic related ?
1.1 Can you eat one if you’re allergic to the other ?
2 Where do onions and garlic come from ?
3 Can you substitute garlic for onion ?
3.1 Never fry garlic like onions !

Are onions and garlic related ?

Yes, garlic and onions are related, and are both part of the Allium genus. That’s a subtype of the Amaryllidaceae family, and it’s pretty extensive.

Other members of the Allium genus include chives, shallots, and leeks. If you’re wondering about spring onions, they’re just very young, regular onions that have just sprouted.

Can you eat one if you’re allergic to the other ?

Despite being of the same genus, they’re not the same species. An onion allergy may not mean a garlic allergy, unless your doctor specifies this. Let’s clear this up a little.

The onion is part of the Allium genus, species Allium cepa. Meanwhile, the garlic is of the species Allium sativum, meaning there are certain difference between the two plants that may not trigger an allergy.

Your best bet is to avoid them both, if you know you’re allergic but not to which. Just to be on the safe side. However you should ask your doctor to perform a detailed test, to see whether you’re allergic to all plants in the Allium genus, or just a specific species within that genus.

We recommend this mostly because if you have to avoid anything containing Allium, your life would be very difficult. It’s in everything and in every culture so avoiding it is not easy at all.

Where do onions and garlic come from ?

Both onions and garlic belong to the same genus, so we should first take a look at where the Allium first came to be. It’s a very widespread plant genus, and can be found within the entire Northern Hemisphere, across all continents.

It grows predominantly in Asia, where most of the species have been discovered or are native to. If we look at onions for example, the oldest recording of using onions is from China, back in 5000 BC. There are other, more recent recording from ancient Persia and India.

As for garlic, it’s native to Central Asia and northern Iran, but has since become as common as onions. All that being said, the biggest onion and garlic producer is still China. Whether it’s due to superior use of arable land, or because Allium just grows better in China, we’re not sure.

Read also: Why Are Onions So Popular ?

Can you substitute garlic for onion ?

Yes and no. They both provide different flavors, despite going so well together and being of the same genus. So should you substitute them or no ?

You can substitute them if you really have nothing else to help you, but you will get very different results. You see, onions and garlic don’t cook the same and are pungent in very different ways.

As for the flavor difference, garlic has a sharper pungent smell, as opposed to onion’s mostly sulfur, mellow smell.

Read Also: Can You Substitute Garlic Salt for Garlic Powder?

When cooking something that requires both onions and garlic, do your best to cook them differently. Because if you chop onions and garlic and throw them in the hot oil at the same time, the garlic will burn by the time the onions start to soften. 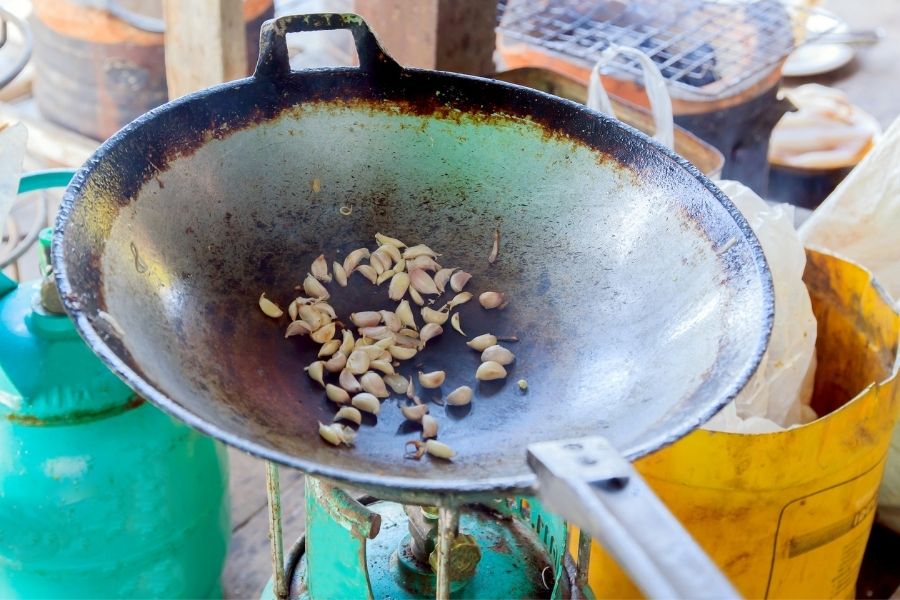 Why ? Because onions has much more water content than garlic, and thicker cell walls. Onions need to sweat and fry a little so the cell walls soften and the water can be released. Garlic burns much more quickly.

This all means that when you’re cooking with both, first wait for the onions to be completely done. This can take up to 10 minutes, depending on what you’re cooking. Then, at the end add the chopped or crushed garlic. Only let it fry for about 30 seconds, until it gets nice and fragrant.

When you’ve been cooking for a while you know to notice when the garlic smell is starting to fade, and turn into a burnt smell. Stop way before that. The proceed with cooking as usual.