Apple jelly is a much loved additive to many delicious dishes, and it’s a family favorite worldwide.

From succulent puddings to mouthwatering sauces, its versatility and unique flavor profile make it a hot item in stores.

While it’s certainly distinctive, there are a few alternative options if you find yourself short of this ingredient. 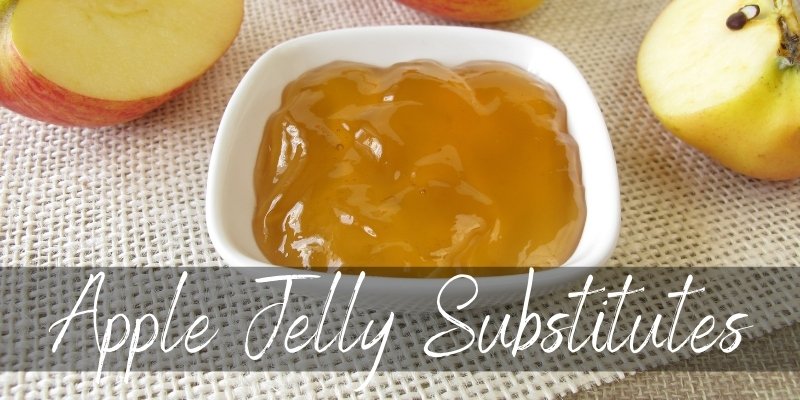 Table Of Content show
1 Best apple jelly substitutes
1.1 Peach or cranberry jelly
1.2 Orange or raspberry jam or marmalade
1.3 Peach, orange, or pear canned Fruit
1.4 Concentrated apple juice
2 What is apple jelly used for?
2.1 For fillings or spreads
2.2 For sauces, drizzles, or glazes
2.3 As the main ingredient
3 How do you make apple jelly from scratch?

Great substitutes for apple jelly include peach or cranberry jelly, orange or raspberry jam or marmalade, peach, orange, or pear canned fruit, and concentrated apple juice. All of these would require different approaches when being incorporated into the recipe.

Although there’s a close connection between all fruits, apples themselves are something quite exceptional, hence the result of such amazing adaptability within various recipes.

When it comes to apples, pectin levels are so high that pectin derived from apples is often used in other kinds of jelly to establish to correct consistency.

Apple jelly is loved for its blend of great characteristics, as well as its flavor. When considering which alternative would be most suitable, it would be greatly dependent on the kind of meal or dessert being made.

The texture, neighboring flavor profiles, and requirements would have a profound effect on which alternative is most compatible. So let’s go through each of the substitutes, and see how we can use all of them.

Generally speaking, you could use any fruit based jelly that is one of your favorites, as long as it suits the kind of recipe being used.

Sweet dishes may be more suited to fruits that have a complementary tang, while savory meals may require something that serves as a subtle undertone.

There are a few fruit jelly options such as peach and cranberry, which would provide similar consistency results compared to apple jelly, but have different distinctive tastes.

If you’re fine with changing the flavor a little, then you could easily use any tangy jelly. 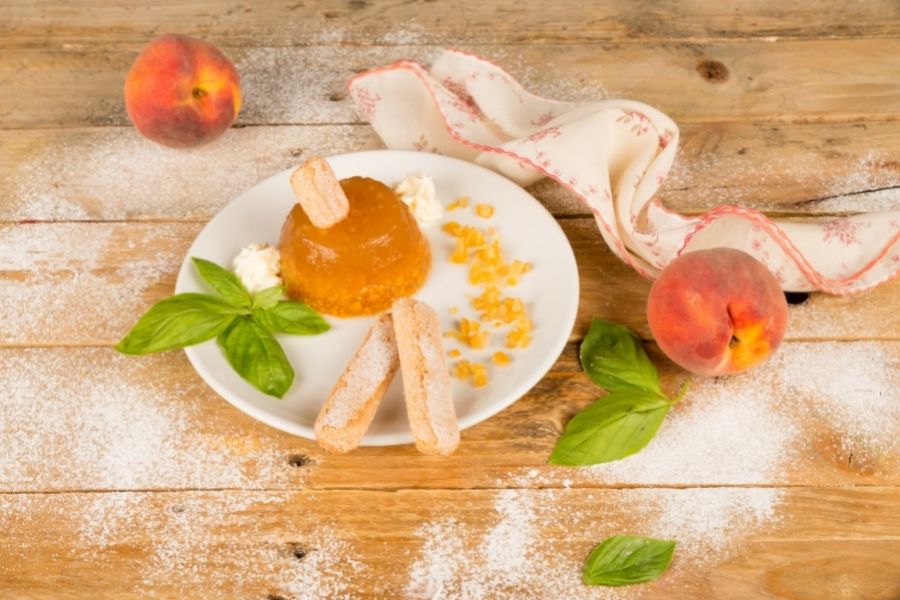 Orange or raspberry jam or marmalade

While the jam is certainly different in texture and characteristics, it may be able to serve the purpose within the dish.

The main difference between jam and jelly is the consistency itself, since jam often has chunks of fruit remaining, while jelly is strained to be smooth and glossy.

If this smoothness isn’t too essential, you may be able to swap out. Of course, if apple jam can be obtained, then it would be very similar to apple jelly.

This would differ quite a lot from the consistency of jelly and jam. But, it’s still possible to create a makeshift spread out of canned fruit if it would work for the meal.

It requires some extra elbow-grease, but still carries a tasty fruity zing.

This is generally be done by cracking open your choice of fruit (preferably apple, of course – if available), after which the treacle liquid should be strained into a separate container.

Mash the fruit as best you can, and them toss them into a saucepan. Add the liquid and some sugar if you want it extra sweet, and simmer until the liquid has evaporated (mostly).

Separately, get some sheets of gelatin and get them all soaked up. Do not use too many, we don’t want to set the jam, we want it to coagulate.

Turn off the heat and let it cool for 5 minutes, then toss in the gelatin sheets (can be granulated gelatin too). Do not actively heat gelatin, it will get crumbly and messy.

If you let it melt into the jam and keep stirring it will hold everything together.

Once the consistency is just right, pour it into a jar, and allow it to set. Once it’s all settled together, you’ll have a versatile fruity alternative to jellies and jams.

There are recipes that simply need to taste like apple. Suppose you cannot get a hold of such apple variants, and you’re looking for alternatives that still carry that distinctive flavor of apple. In that case, there is a rather odd option of using apple juice.

You we strongly recommend you get fresh, natural apple juice. Or, press it yourself. But if you have fresh apples to make juice from, you can make you own apple jelly.

So, assuming you find a carton of fresh, natural apple juice you will have to boil it down by at least half. The point is to make a concentrated version.

Once the liquid is concentrated, you have a decision to make. If you have to keep the moisture level in the recipe low, them keep boiling until it’s reduced by another half and use that.

If you’re looking for a jelly, you can use the gelatin trick we discussed before, After you’ve turned off the heat, hydrate some gelatin for a few minutes.

Once it’s fully soaked, add the gelatin into the concentrated juice, and stir. This may backfire if you have to bake the result, since gelatin needs cold temperatures to set. But if you’re using it for a spread or room temperature items, then it will work great.

What is apple jelly used for?

Apple jelly is incredibly versatile and adds a whole new level of flavor to an endless amount of recipes – whether it’s sweet, savory, spicy, or even somewhere in between.

For the purpose of comparing alternatives, the choice will mainly come down to the importance of the apple flavor and consistency in the dish, as these will be the main deciding factors.

For fillings or spreads

For dishes requiring the use of apple jelly as a filling or spread, the ingredient’s consistency is quite important.

In cases like this, simply using an alternative jelly, jam or marmalade would work. Its consistency is relatively similar, just as sticky, and can perform similar roles within a recipe with some slight differences in texture and shape hold.

The fruit choice will ultimately be up to you, as long as the recipe will still turn out successful and tasty.

For sauces, drizzles, or glazes

For sauces, drizzles, and glazes, it would depend on the consistency you’re going for.

Alternative jellies, jams, and marmalades may serve this function well if you aim for a rich, thicker sauce that has hold and a glossy sheen when trickled over the main.

The crushed canned fruit method would also work in this way, but would most likely need to be blended down to remove excess lumps.

As the main ingredient

If the alternative is being melted down or mixed into the main dish itself, any variants will work.

Depending on the recipe, any of these variants may need to be blended, melted, cooled, or boiled in order to reach the chemical composition required for it to incorporate well into the recipe.

How do you make apple jelly from scratch?

Generally speaking, the kind of apple which is selected has a significant impact on how exactly the process of making apple jelly goes.

Some apples have higher pectin than others, as well as other physical and chemical properties, which result in varying responses to the process.

Apple jelly is created by cleaning them, chopping them, and boiling them in a pot with water until softened.

These should be drained, and boiled in the pot with a few doses of apple juice, a splash of lemon juice, and a few cups of sugar. It should thicken and can be transferred into a container.

Creating beautifully balanced apple jelly comes about through the efficient balance between sugar and pectin, having an incredible chemical reaction with water when heated.

This chemical combination results in certain outcomes, and thus perfect ‘jelly’ is created.

While sugar, water, and heat can be controlled specifically according to recipes, requirements, and preferences, the pectin itself is predominantly derived from the main ingredient – the choice of the fruit itself.

Since pectin is a polysaccharide that occurs naturally within the fruit, this additive will be specific to the nature of the fruit added. In this case, it would be an apple.

Many fruits have much lower levels of pectin that occur naturally. Thus, they would have different chemical reactions throughout the process – many of which may need extra additives just to create the right texture and consistency.

Generally, berries, currants, and apricots have less pectin, while fruits like plums have a decent amount.

Choosing which apple jelly alternative is best would ultimately come down to what would work best for the real reason why apple jelly is called for in the specific recipe, as well as your own flavor, texture, and consistency preferences. But, get creative with it, you may just discover a whole new dish!