Pineapples are a delicious bunch, but a real pain to cut through. Most of us have eaten canned pineapple most of our lives, and rarely ever seen a whole one. But once you see it, you can’t help but notice how spiky it is. It doesn’t look very friendly, does it ?

Why is pineapple so spiky ? And how do you even open one to eat it ? Picking one up by the stem and leaves sounds like you may need gloves. Don’t worry though, the spikes aren’t that tough, and if you handle the top part with care, your grocery bag will be fine. 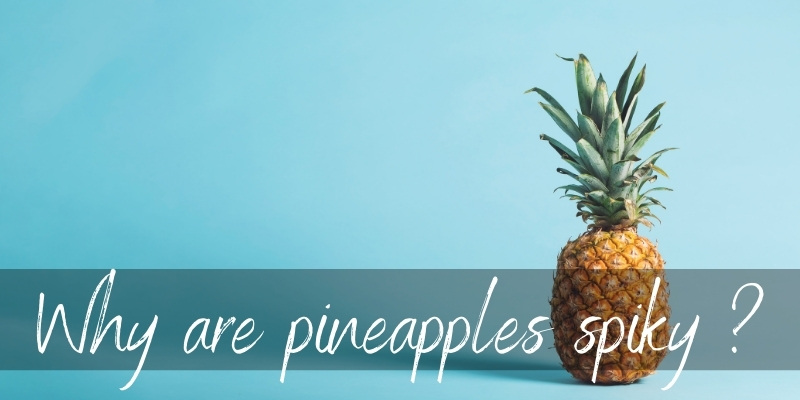 Why are pineapples spiky ?

Pineapples are spiky because they are a coalescence of multiple fruits, and the small spikes on the side are the rains of each flower that produced the fruit. When a pineapple grows, it grows much like a raspberry or blackberry, a compound berry. Lots of small berries fused together form the final fruit.

If you’re wondering if you can separate each fruit within a pineapple, you actually can. It takes some practice , but it’s a fun party trick that’s going to impress everyone. We’ll explain that in a minute, alongside how to cut open a pineapple.

Read also: Why Does Papaya Smell So Bad ?

Wait, so pineapples are berries ? Yep. It rocked our world when we first found out too. An awful lot of fruit and veg are berries, ya know ? Bananas, melons, tomatoes, avocados, blueberries, oranges, pomegranates, figs, cucumbers, ugh, everyone !

If you want to get technical, it’s not the whole pineapple, but each separate compartment within the pineapple. Like raspberries and blackberries, pineapples are a compound fruit. You see, the definition of a berry is a single fruit from a single flower ovary, with the seeds inside.

And when the pineapple flowers, it actually has a lot of smaller flowers all bunched together. Each flower produces a single fruit, and as they grow, they fuse together, but still maintain a sort of border, which you can see when you look at a pineapple slice.

You may have heard theories about the tiny spikes on pineapples being there to deter animals from eating them. This is not true, but we can see how one could get to this conclusion. Plants tend to have defense mechanisms, and spikes could be a very useful one.

But in the case of pineapples, it’s not that. The outer, smaller spikes are the remains of each flower that wilted and fell off. But what about the top spikes ? Those are there because pineapples belong to the Bromeliaceae family, which includes tropical plants usually used for decoration. 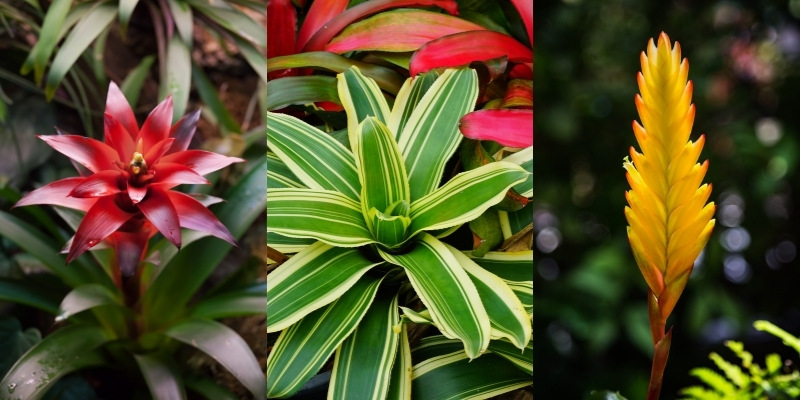 Confused ? Here’s a few pictures of bromeliad plants, you’ve definitely seen them for sale or maybe a neighbor has some on their balcony. As for why they look so spiky, we’re thinking they look a lot like cactus and aloe vera plants. And it turns out those thick, overlapping leaves usually store a whole lot of water, just like succulents.

Does this make the pineapple a very distant cousin of the prickly pear ? We’re no botanists but it could be. Don’t quote us on that.

And to answer the animal question, it turns out the pineapples we know today don’t exist in the wild. Like other man-made fruits and vegetables, they’re only grown on farms and thus their natural ‘predators’ aren’t obvious.

The most common pests are insects and moths that bore into the pineapples and cause significant crop losses. But they don’t seem to be much deterred by the spikes, sides or top.

Can you eat pineapple eyes ?

Yes, pineapples eyes are edible. They may be a little harder to chew, but they’re definitely edible. Some say that’s where most of the sweetness lies, but we’re not sure.

We know that the inner core is the least sweet, so any parts closer to the core will be less sweet than the outer part. And the eyes themselves are at the outer edge of the pineapple. Be sure to rinse the pineapple well, after cutting it, we mean the outer layer where the eyes are.

If you’re not comfortable with the idea, you can buy pineapple eye removers. They look like a really interesting pair of pliers, with a different beak.

How to cut open a pineapple

How to separate the berries in pineapple

Do you know how to remove the most juice from a lemon ? You roll it onto the counter a few times, applying pressure but not bursting it. This is to break the cell walls and make the lemon more, uh, squeezable.

Well, the exact same thing happens with the pineapple, roll it on the counter a few times, gently but firmly smashing it in the process. The idea is to loosen the bonds between the individual berries, by applying pressure at different points.

You can even thump the lower end onto the counter once to make sure you get all of them. Just be sure to do it carefully, you don’t want to break the whole thing.

Once that’s done, get a toothpick, and insert it into the middle of one compartment. When you pull it out, the entire compartment should slide out pretty easily. If it doesn’t, roll the pineapple a few more times, maybe with a bit more force. This works best with ripe pineapples. Underripe ones may need to be cut open.

Read Also: Why Are Pears Gritty ?

How to cut open a pineapple

Alright, what if your pineapple is seemingly ripe but just doesn’t want to come apart ? That’s okay, just cut it open. You need a sharp knife, but the key here is a big blade, rather than a perfectly sharp edge.

First, lay the pineapple on its side. Cut the top part off, and discard. Or keep it, if you want to try growing your own. A great guide can be found here.

Now sit the pineapple upright, hold it firmly, and start cutting about half an inch off the side, top to bottom. Like peeling it with a big knife, all around, until it’s all yellow with some brown eyes looking at you.

If you want, you can remove those. You can leave them be and simply rinse the pineapple now, to make sure there are no stray bits of dirt or pieces from cutting it.

Next, you need to cut off larger chunks from all sides, until only the core is left. It’s usually an inch and a half thick across. Or you can just stop cutting when you see the pineapple getting lighter in color.

And that’s it. That’s your pineapple. Of course, you can always cut it into smaller pieces. If you’re looking for that pineapple round shape, you need to cut the outer sides in smaller, thinner strokes. Then somehow find a pineapple corer, and remove the core like that.