Got yourself a perfect pancake batter recipe but you’re short on buckwheat flour ? Or maybe you don’t even own a pack of buckwheat flour at all ? That’s okay, there’s a few alternatives you can use in place of buckwheat flour. Some may work better than others, and it really depends on what you’re making.

We’ve added substitutes that have and do not have gluten, so you can choose whichever suits your needs best. 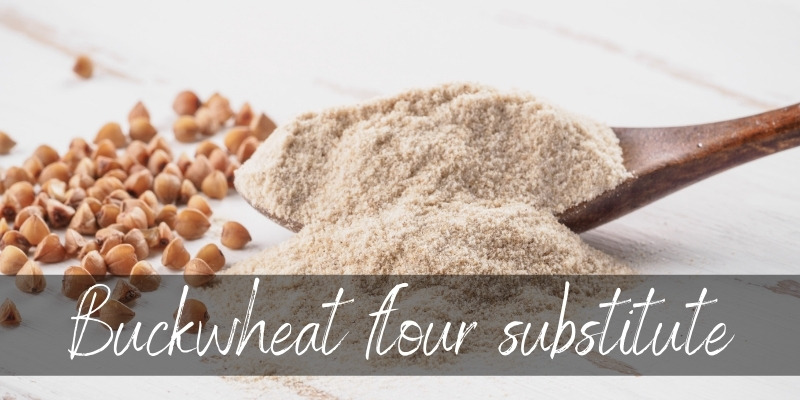 The best buckwheat substitutes are chickpea flour, ground quinoa, oat flour, and gram flour. Another option is to use any wheat flour, preferably whole wheat to get a similar consistency.

All flours listed here can be used in a 1 to 1 ratio, and should behave very similarly to buckwheat flour in a recipe. Now let’s see each substitute and discuss it in detail. The first three are gluten free.

Chickpea flour is made from finely ground chickpeas, and can be used just like buckwheat flour. It’s going to give the recipe a very earthy flavor, but it will be pretty similar to buckwheat from that point of view. 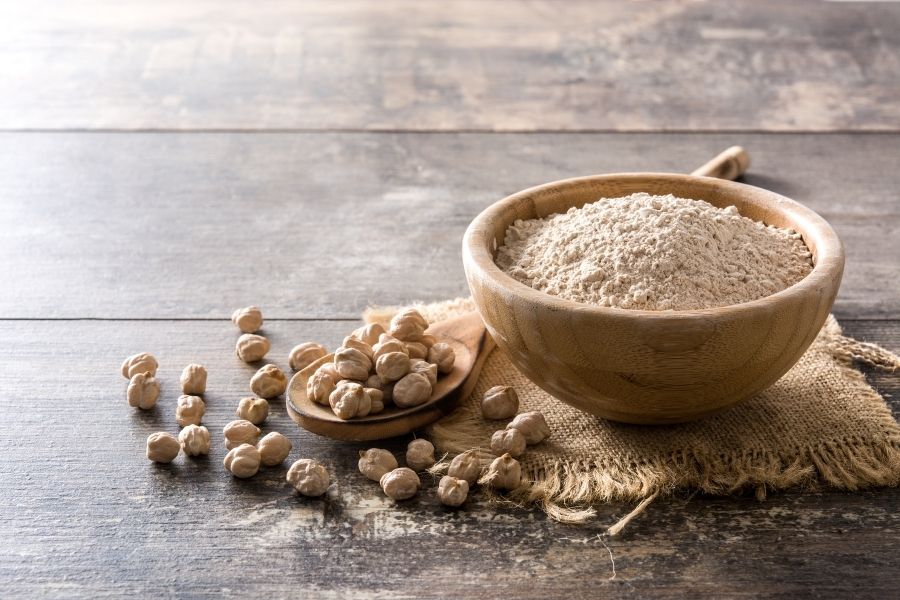 Just remember that ground chickpeas may end up creamier than buckwheat flour, so your end result could be a little denser.

Ground quinoa is a bit finer than ground chickpeas, and this flour will take moisture very well. It may result in a slightly crumblier cookie, pancake, or whatever you’re making. Just be sure to handle the end result with care.

You can make both ground quinoa and chickpea flour at home, as long as you’ve got a good grinder and some extra time on your hands.

Gram flour is a little less known, but it’s still a very oved flour. No, it’s not graham flour though the names are very similar. Graham flour is wheat flour, named after Sylvester Graham who decided to grind the wheat a little coarser.

Gram flour is made from a relative of lentils, so it will behave similarly to chickpea flour.

Oats by themselves are gluten-free, though they can get contaminated with gluten if you’re not careful. Try looking for a pack that clearly states it is gluten free.

This flour makes softer, more moist cakes and it has a much milder flavor than buckwheat.

Both graham and whole wheat flour will work well. Because they contain gluten, the mix will bind faster and become chewier. Be sure to adjust your recipe for a little less leavening and binding.

The end result will be crispier, so if you’re making something like cookies keep that in mind. 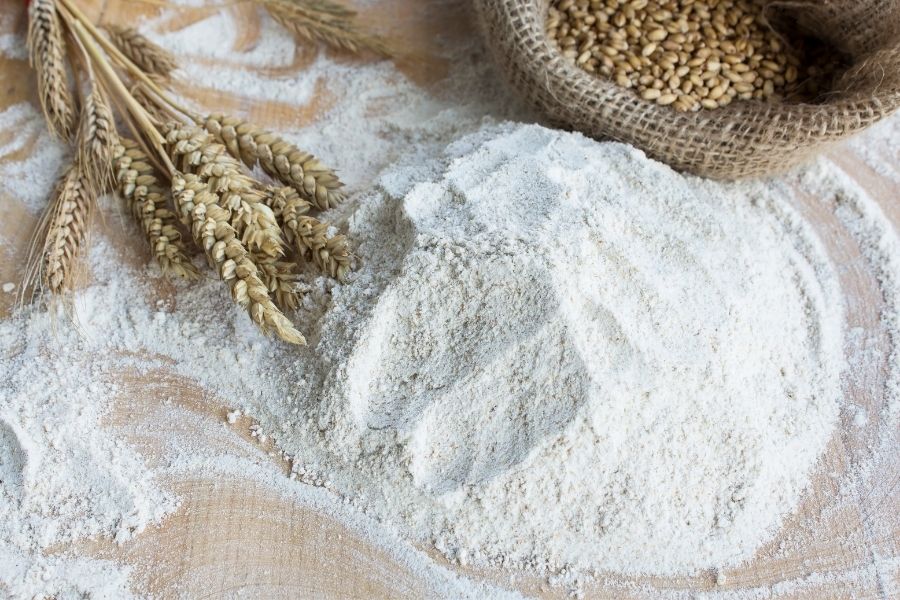 We’re aware this substitute may not be for everyone, but those who don’t have celiac disease can easily substitute regular wheat flour for buckwheat flour.

You can use a 1 to 1 for buckwheat to whole wheat without issue, just remember the difference in texture.

Keep in mind that buckwheat has no gluten

Recipes that call for buckwheat already have leaveners and binding agents adjusted for a heavier flour like buckwheat. So using another, heavy flour like chickpea, quinoa, oat, or gram will have very similar results to buckwheat.

You may have heard folks point out that replacing any ingredient in a recipe will change the flavor. That’s very true, and depending on your personality and preferences it might be a non-issue, or it might ruin the whole thing.

So, what does buckwheat taste like ? It’s a grass seed, so it will be very earthy, a little nutty, and will have a very slight sour-bitter undertone. It may remind you of brown rice, and it’s a very noticeable flavor.

This means that any other flavor you put next to buckwheat will be overshadowed by it. If you’re substituting with any wheat flour, know that you may have to tone down the other flavors in the recipe, as they may be dialed up to be noticeable over the buckwheat.

When using a gluten-free substitute from the above list, the flavor will still be string, but not as intense as buckwheat. Quinoa is probably the most similar in terms of bitterness, and earthiness.

Read Also:How Long Does Dough Last In The Fridge ?

Buckwheat flour is high in fiber

If fiber intake is important to you, then keep in mind that buckwheat flour ahs 4 times more fiber than regular white wheat flour. So if you want to substitute for wheat, try to find graham or whole-wheat to get a higher fiber intake. This will also simulate the buckwheat flavor a little.

And that’s about it, there aren’t a ton of buckwheat flour substitutes that will both taste and behave like it. There are other substitutes out there that can be used in gluten-free recipes like almond flour, pea flour, soy flour, millet flour, but their flavor is still very different from any of the substitutes we mentioned.