The gluten-free nature and the grains’ health-packed factor makes millet a widely used pantry element throughout the Unites States of America, Asia and Africa. Some absolutely love it for its chewiness when cooked, while the nutty flavor totally steals the show.

However, it still isn’t easily available in all the store shelves out there. If you are looking for a millet substitute that comes with similar properties and keeps the meals healthy at the same time, scroll down. 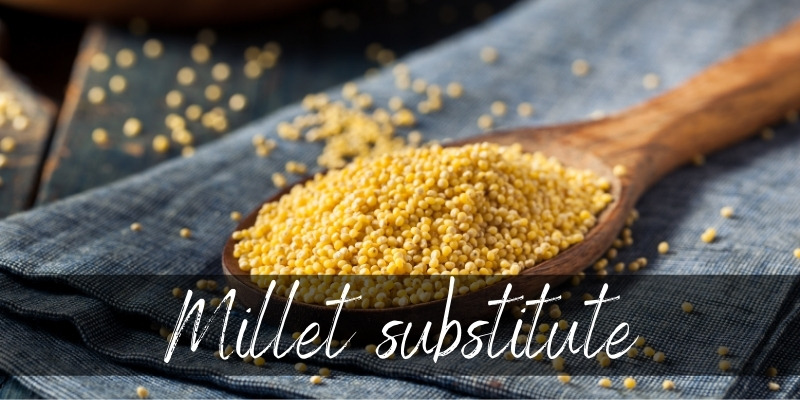 The major substitutes for whole-grain millet include sorghum, bulgur, rice, barley, amaranth, and quinoa. However, each of them comes with slight differences in the flavor and textures, the end results are quite similar. To substitute millet flour with a gluten-free option, you can go for rice flour, buckwheat flour or sorghum flour.

You can go for a spectrum of grains when replacing millet in some side dishes, curries, stews and more – wherein you can use the grains in almost the same way as you would use millet. Now let’s take a look at those substitutes.

If you’re not sure what sorghum is, it’s a type of millet that started out in Africa and has since spread to Asia and Australia. What makes sorghum more than perfect to substitute millet in almost all kinds of preparations is its flavor. Richer than millet, and mildly nutty at the same time. People love to use it for soups for its lovely chewy texture and the taste that works as a reminiscent of wheat berries. 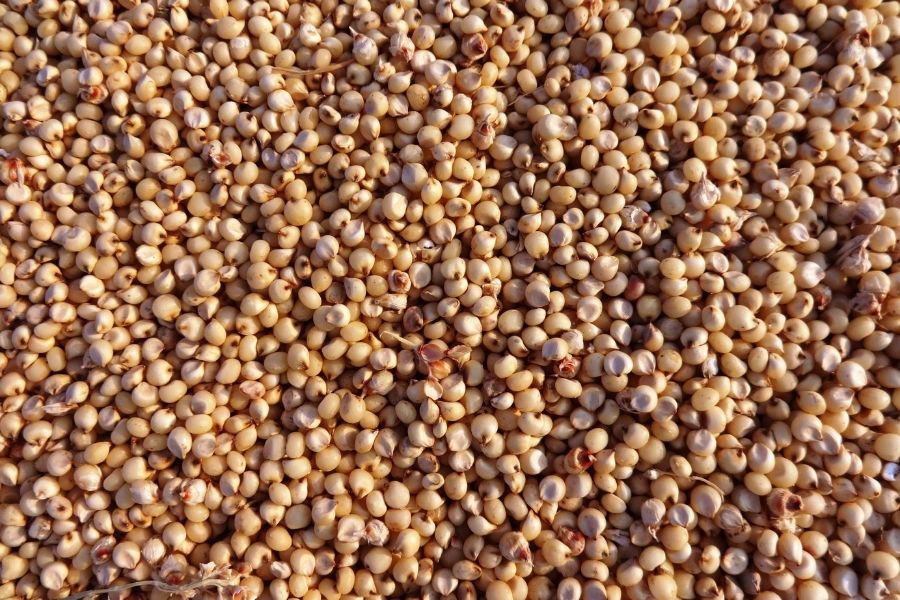 It yields a health packed meal when added as a base to grain salads or simply thrown into pilafs. A very wholesome cooking grain, sorghum is also widely used as livestock feed throughout the United States.

Unlike millet that boils in half an hour, sorghum takes around 50-60 minutes to simmer and soften. Make sure you add 3 cups of water for every cup of sorghum so it doesn’t dry out. Make sure you keep the different cooking times of millet and sorghum in consideration when replacing them.

Buckwheat is quite an ancient grain that works amazingly well when combined with roasted meat preparations or root veggies of the winter. It’s known for its great nutty taste and can be used as a substitute to millet if you prefer grains with a strong flavor. Along with nuttiness, buckwheat is a combination of earthy and bitter flavors, and that’s why many love turning it into pancakes or tabbouleh.

This Eastern European kitchen staple loved for its versatility is a rhubarb relative with groats that you can roast, soak and simmer to prepare delicious kasha. The groats take no more than 10 minutes to simmer to perfection and couple up with numerous slow-cooker meals.

Loaded with iron, calcium, proteins and fiber, amaranth is a grain that contains less carbohydrates and forms a gluten-free solution to substitute millet. Amazingly popular in China, Africa, and South America, it’s actually a little seed similar to a sesame seed. Speaking of the flavor, amaranth seeds come with a nutty taste and sport a nice crunch when cooked.

You can combine it with other grains and it’s malty flavor will delight you every single time. Amaranth can be added to stews and soups, simmered, puffed for some extra texture, or transformed into flour – you can never go wrong with this one.

The fact that quinoa is packed with vitamins and minerals, while being the most protein-rich grain out there makes this gluten-free substitute to millet known as a super food. It takes no more than 15 minutes of simmering in water before getting serve-ready, which is just about half the time taken by millet.

It’s sold as whole-grain quinoa, quinoa pasta, as well as quinoa flour. Make sure you remove the bitter coating on whole grain quinoa by rinsing it in water thoroughly to avoid an unpleasant flavor.

Quinoa is marked by a slightly crunchy texture and a mild flavor, and that’s why it’s preferred as a side dish when serving burger patties, salads or Buddha bowls. Perfect for stir-fries, quinoa is a great ingredient for stews and soups as it boosts the protein content of a dish and absorbs the goodness of other ingredients at its best.

While there’s a bunch of different wheat crops that can be used in the making of bulgur, the most widely used one to get the task done is durum wheat. The wheat groats yield bulgur when they are parboiled, followed by frying and grinding. 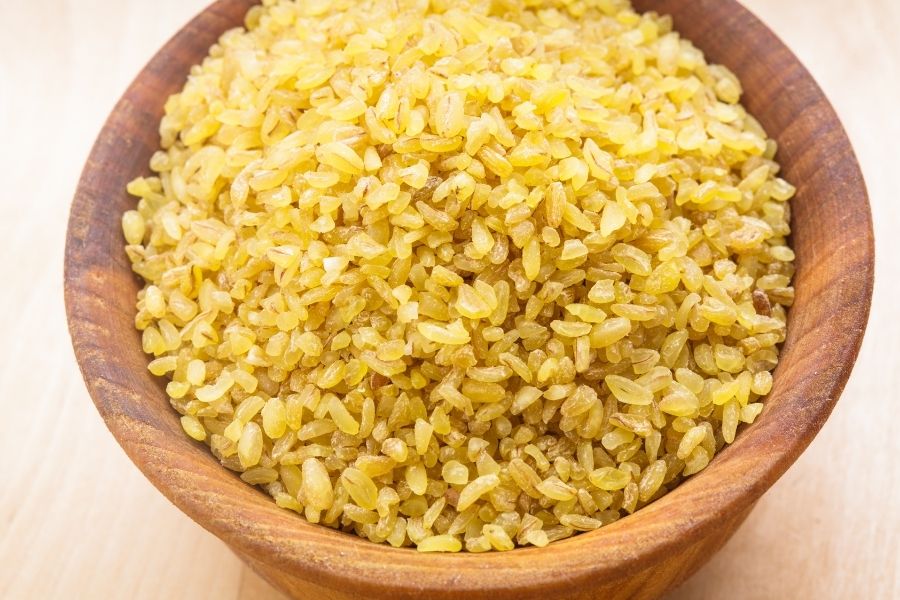 The lovely popcorn-like aroma of cooked bulgur complements its nutty flavor just right, while the chewy textures vary with the type of grain used for the making. Coarse bulgur goes best for thick soups or stews. Porridge, salads, puddings, breads and pilafs call for fine and medium grains.

While it’s not a gluten-free millet substitute, it definitely comes packed with iron and magnesium. The low-fat grain cooked faster than millet, specifically just a matter of 15 minutes to get it all done.

The reason behind counting barley as a perfect millet substitute is its nutty flavor and a lovely chewy texture, just like most other grains on this list. Harvested for over 10000 years around the world, barley is a grain crop often used in soup and casserole recipes. Although, it takes a little longer to cook as compared to millet, you can go for pearl barley to replace millet in a slow-cooker meal as it doesn’t call for soaking the grain overnight.

Speaking of cooking barley, all you need to do is add one cup of barley to three cups of water and let it boil. Once boiled, reduce the flame and allow it to simmer for about an hour under a closed lid.

Whether it’s the popularity or the great flavors of rice – it really doesn’t need an explanation! A part of every household globally, rice is loved for its taste as well as chewy textures. The firmness and mild flavor of cooked rice make it a perfect millet substitute for savory preparations. 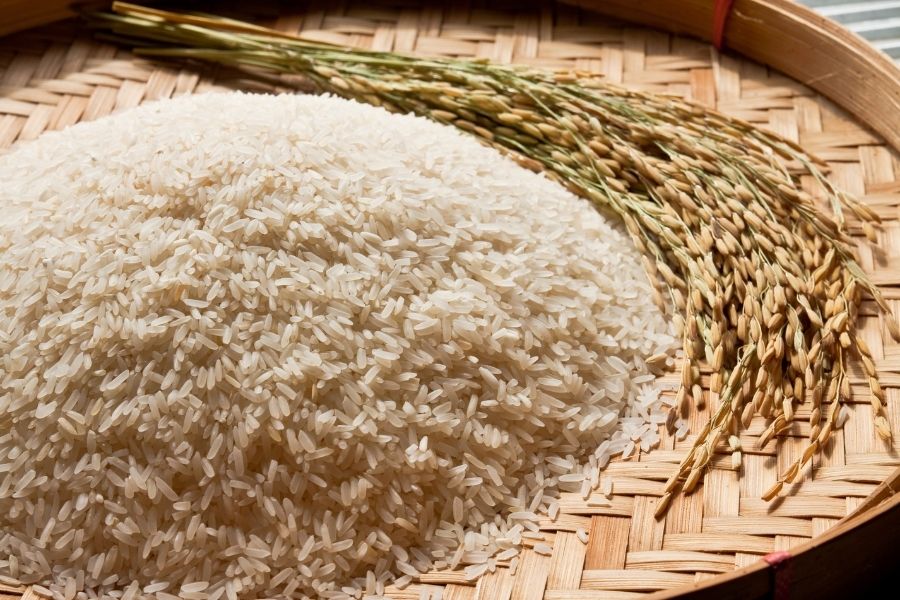 Those looking for a more healthy alternative can always go for brown rice as it comes with more fiber while undergoing less processing. However, rice doesn’t work as a good alternative to millet if you are going for soups as it comes with a grain much bigger than millet.