One of the kitchen staples, potatoes are every household’s favorite! While most people cook potatoes in different forms, some may wonder about eating them raw or undercooked.

Raw vegetables are considered great for healthy eating, but it seems that raw or undercooked potatoes have always been considered a bad choice. Let’s check out why. 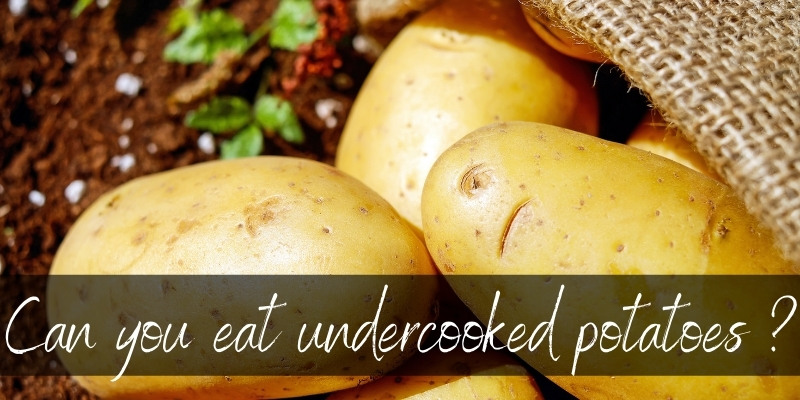 Can you eat undercooked potatoes?

You shouldn’t eat undercooked potatoes. They’re not inherently toxic, and there are chances that you’d be totally fine consuming them.

Even so, there are numerous reasons why eating an undercooked potato isn’t recommended. Apart from a starchy texture and bitter flavor, undercooked potatoes may disrupt the digestive system and lead to some serious health issues.

Raw potato contains a toxic compound called solanine which can prove to be very harmful for the body. 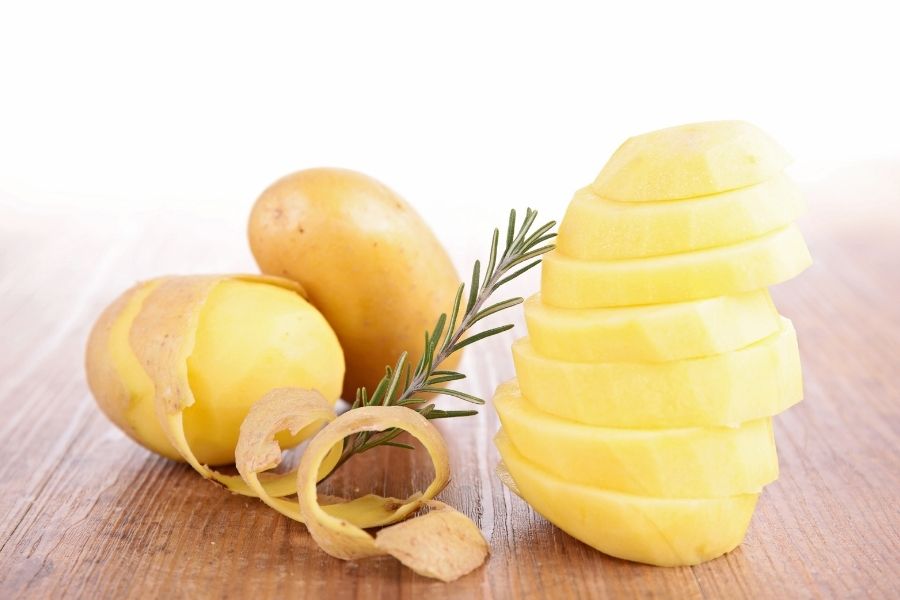 Still, they’re not as good as completely cooked potatoes. If you want a fiber-rich starch then go for brown rice or sweet potatoes.

Read also: Can You Over Boil Potatoes ?

Raw and undercooked potatoes always taste bad, or at least a bit off. The texture is crunchy in a bad way, and the taste is kind of bitter. Cooking minimizes the starches in potatoes, thereby making them so much more tender to eat.

When eaten raw, potatoes come with a rather chalky consistency, along with a bitter flavor. When you cook them, the bitter taste mellows and they turn much tastier.

Take a look at your fries next time. When you find one that’s too chunky, it’ll probably be a little undercooked. The inside, the thickest part will have a weird texture and probably not the best flavor.

Can undercooked potatoes make you sick?

The starchy carbohydrates present in potatoes remain indigestible when they are undercooked, thereby providing minimal nutritional value. When you cook the potatoes fully, those starches are cooked and they go through gelation. In this process, the starch molecules turn digestible for the human consumption.

Trying to digest raw starches isn’t always necessarily harmful in the long run. But the raw part of the undercooked potato passes through the human digestive tract with very little or zero breakdown. This in turn, can lead to bloating, constipation, an increase in unpleasant cramping, and gas production.

Raw potatoes also contain anti-nutrients, which are likely to inhibit natural enzymes in the body and make it very difficult to consume other foods. These anti-nutrients are mainly present in the peels and decrease largely when you cook the potatoes. The reduced anti-nutrients then allow optimal absorption of nutrients and prevent deficiencies.

Potatoes, especially raw or undercooked, contain glycoalkaloids that can prove toxic if consumed in high doses. It can lead to itchiness, drowsiness, increased sensitivity, trouble in digestion, cell disruption, vomiting, pain in the abdomen, and diarrhea. In some cases, it may lead to flushing, headache, confusion and fever, while leading to even death in worst cases.

What happens when you eat unpeeled, undercooked potatoes?

Like most raw foods, extra care is needed to remove any external pathogens before consuming potatoes. That’s why it calls for a heat source to kill these pathogens.

Potatoes have got soil on their skin, making it imperative to peel and wash them properly. This way you’re getting rid of any bacteria that may contaminate the outer part, or live in the soil. 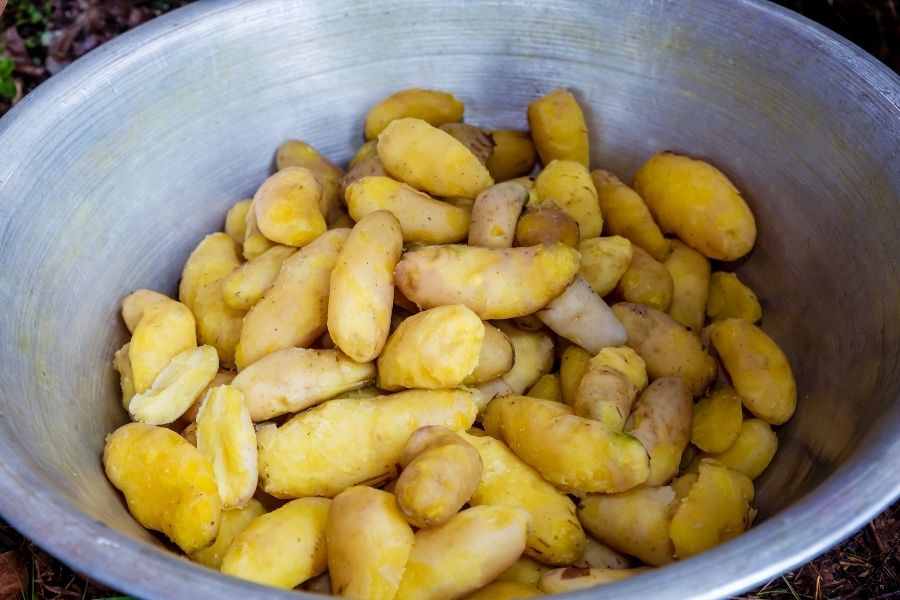 Potatoes grow fully underground, which usually makes them safe for consumption. Those exposed to sunlight or kept in the storage for long periods start developing sprouts or turning green. They’re starting to spread roots, and if they were planted, they’d produce new potatoes.

Green skinned potatoes are very young potatoes. They’re rich in glycoalkaloids which are not destroyed when undercooked, and that’s why the potatoes with their skin on carry more risk.

They contain high amounts of solanine and you must avoid them in consuming in the raw or undercooked forms. You may also get gastric distress if you eat an undercooked potato that has sprouted or is green.

The amount of natural toxins is lowest in the potato flesh and higher in the skin. Thus, removing the skin can minimize the toxins. Always make sure to peel them before eating.

How to check if the potatoes are undercooked

You can easily check whether a potato is done by simply piercing it with a fork. If the fork smoothly goes through the potato and it slides off the fork. This is a good technique for any dish that requires boiled potatoes.

Don’t use a knife, because it will fool you. A knife is sharp and meant to slide easily into cooked food. A fork isn’t as sharp and if it can penetrate a cooked potato, then it’s surely cooked.

How to fix undercooked potatoes

If you realized that you have undercooked the potatoes by chance, you can always fix them with a few quick techniques. Simply add a little bit of cream or milk, further cooking them over a low heat until you see that the lumps are softening.

Whether cut or uncut, you can make them properly if you simmer the potatoes in a pot of water for about 12-15 minutes. The time varies with the potatoes’ size, and there isn’t a fixed temperature for simmering or boiling. It largely depends on the stove you have as well as the pot being used.

Another way to complete the cooking is to microwave them, that too without getting logged unless you have got them in a huge quantity. If the potatoes are still quite hot from previous cooking, they will not take long to begin cooking further in the microwave.

As stated above, cooking the potatoes reduces the starch as the heat treatment breaks it down. However, medical experts still advise to save yourself from eating raw potatoes for the sole reason of consuming those starches, as undercooked food put humans on a larger health risk.

We found out that undercooked potatoes can make you sick, but it will not always happen. So, you should not take your chances by eating undercooked or raw potatoes.
I hope this article clarified the situation for you. There are situations when a friend or someone will tell you that it is safe to eat them raw or undercooked because nothing happened to them, but you don’t know if they weren’t just lucky.