If you’ve been hankering for a shrimp dish lately, then you’re probably annoyed and confused about the white spots on your shrimp. After all, if you were just looking forward to some nice, juicy shrimp it kinds looks like there won’t be any.

So why is the shrimp white, and what does it mean ? Is it still safe to eat, or do you have to chuck it all out ?

Well, it turns out it could still be safe to eat, depending on your personal preference. The thing is, seafood is a really icky topic for some folks. They might be fine with it when it’s fresh and clean, but once it’s iffy they don’t want to risk it. Understandable. So lets make things clear for everyone. 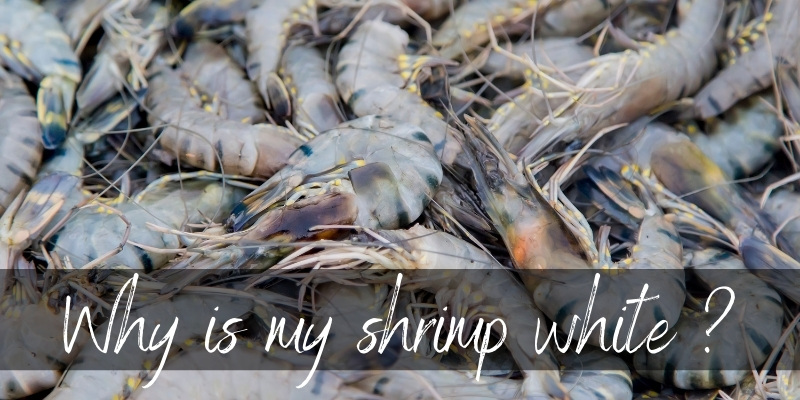 Why is my shrimp white ?

The white spots on shrimp are either white spot syndrome, or freezer burn. Both options are theoretically safe to eat for humans, as the virus that causes WSS doesn’t hurt humans, and freezer burn is still edible but tough.

Now, there is another, third possibility. Seafood is often coated in a white glaze that keeps the shrimp moist after thawing, and does not affect the taste. What you’re seeing could be the white glaze melting off. This also happens with some frozen vegetables. However this glaze often thaws so quickly you don’t even have time to see it, unless you throw the shrimp into pan when they’re still frozen.

So let’s talk about the other two, most common problems.

1. White spot syndrome if on shell

If the white spots you’re seeing are on the shrimp’s shell, then it white spot syndrome. It’s a viral infection that affects lots of crustaceans, especially shrimp. It’s almost 100% lethal, spreads very quickly, and there is no known treatment.

Most shrimp infected with WWS don’t even make it to the market. The die off very quickly, and selling already dead shrimp isn’t really a thing. The changes of shrimp surviving an infection are very slim, but some do.

So if you shrimp has those white spots, it’s still safe to eat, despite the infection. The way the virus bonds to shrimp doesn’t work for humans. If you’re rather throw it out, we completely understand.

But what if it was just this lone shrimp in a pack of perfectly normal-looking shrimp, without any spots ? Well that’s completely up to you. We don’t know if the virus can spread from one dead shrimp to another, especially if still frozen.

Read also: Why Is Shrimp So Expensive ?

2. Freezer burn, in some cases

If your shrimp is shelled, and the white spots are on the meat itself, it’s most likely freezer burn. This happens to shrimp that’s been in the freezer for a very long time (like over 6 months), and especially if it thawed a little before it got onto your freezer. 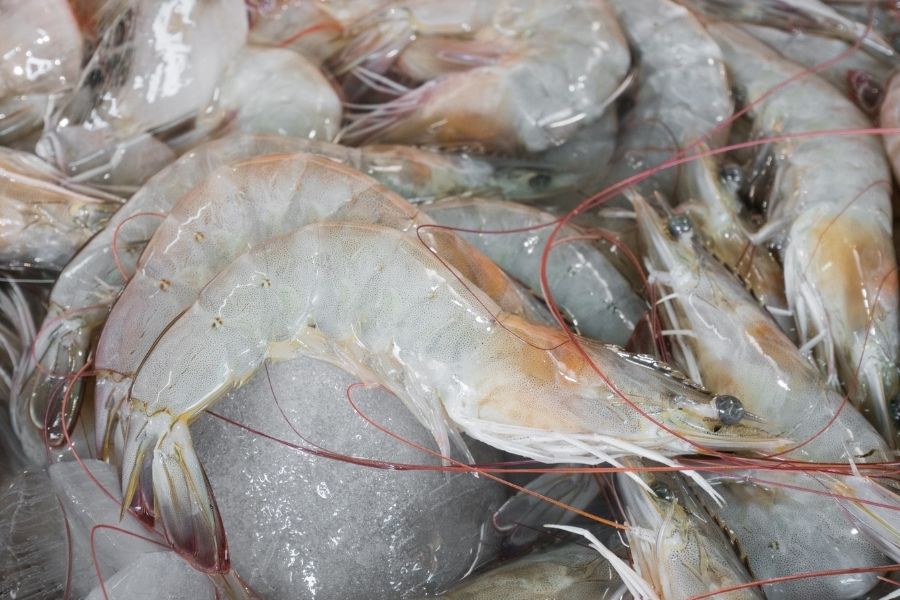 Freezer burn is simply the cell walls breaking down, due to concentrated moisture in s specific area. This makes the affected area dry out, and severely affects the texture.

It will be tough, like meat that’s been fried too long. It may also taste a little funny, but there is no bacterial infection that could harm you.

Again, keeping these shrimp is up to you. If you’re fine with a little freezer burn, go ahead. If not, throw them out.

How do you know if shrimp has gone bad ?

You may be wondering if your shrimp hasn’t actually gone bad. Well, let’s look at a few signs. How do fresh, good shrimp look ?

Raw shrimp is a bit translucent, grey-blue and doesn’t smell bad. It smell like the sea, but not like old, rotting seaweed. Once you put it in the pan, it will turn white with pink, especially it it’s still got the shells on.

Bad shrimp simply smells terrible, there is no bad shrimp without smell but with weird spots. You may notice some white mold growing on the shrimp, but it should stink way before you even see the mold.

If it’s in a sealed container, it’s room temperature, and has lots of white fluffy spots don’t even open it.

Is shrimp opaque when cooked ?

Yes, shrimp should have an even, white-pink color when cooked through. Don’t eat it if it’s translucent, since it’s not fully cooked through. When shrimp cooks, the muscle contracts and it takes a donut shape. 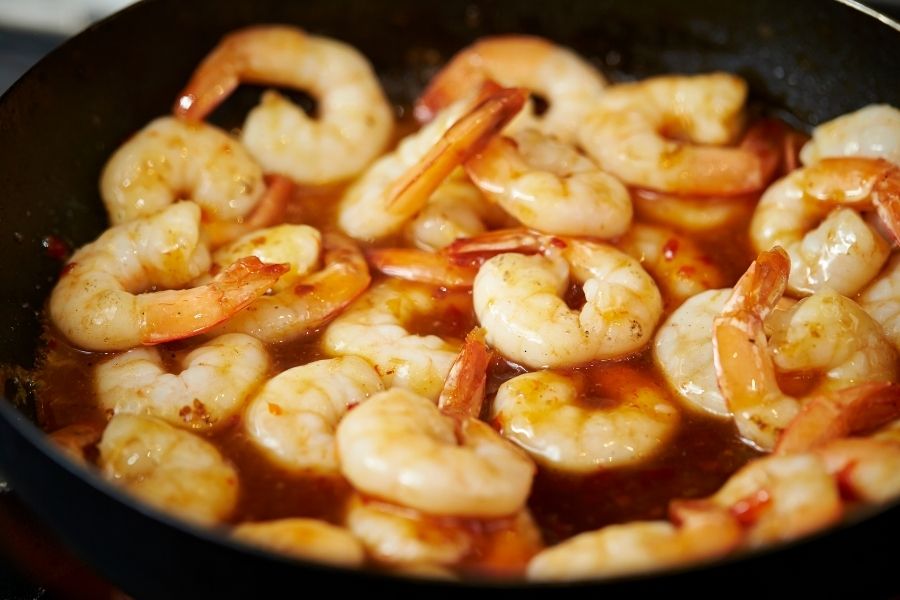 If your shrimp isn’t opaque and donut-shaped, it’s not really done. Keep in mind that the color is more important than the shape. When the shrimp closes in on itself it often overdone.