If you’ve got a whole lot of cashew milk just laying about and don’t know what to do with it, don’t worry. This article’s going to guide you through how long you can store this plant milk, so you can plan accordingly. 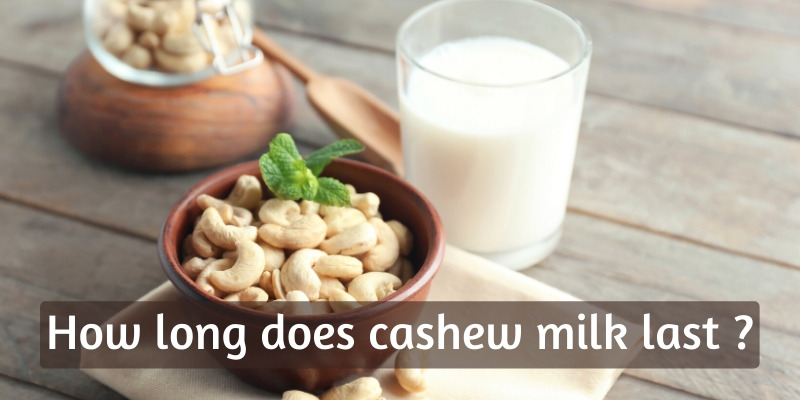 So how long can cashew milk last ?

By default store-bought, cashew milk – like most nut milks – is really long-lasting, especially compared to dairy.

Of course, it really depends on where you’ve bought it from because some things can shorten or prolong shelf life.

Carton milk from a regular shelf has a long shelf life (added stabilizers), and this will hold true if you move it the fridge as well. It will outlast the regular cashew milk.

Fresh milk that’s from the fridge/cold section is going to spoil more quickly and will not last as long as the other, even if kept in the fridge. This applies for home-made nut milk as well, since the principle is the same – no stabilizers or food additives mean a regular shelf life.

Another important note is that nut milk, whether cashew or anything else, is dairy free. This means the bacteria naturally present in dairy is not going to be found in nut milk, so this by itself will prolong shelf life by default.

All that being said we should really look at each particular case of storage and cashew milk because some things will differ from situation to situation, and maybe you need a very specific answer. 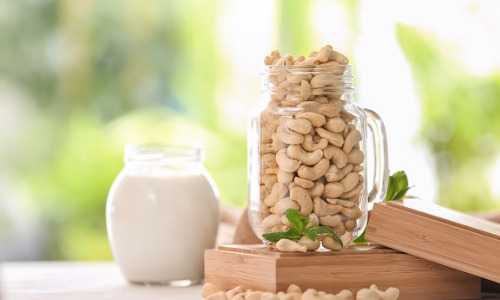 How long does cashew milk last in the fridge?

If you’re keeping your cashew milk in the fridge (as you should) then it’s going to be available for a fairly long time.

Unopened, stabilized/ pasteurized cashew milk lasts a very long time. It’s meant to keep for 1-3 full years in regular shelves at room temp. In the fridge it would keep for far longer than that.

Opened pasteurized cashew milk is going to keep for a long time as well if kept in the fridge. It can keep up to several weeks, if you close it tightly after each use and keep it in the back of the fridge.

Keeping it on the fridge door will keep it at a warmer temp, due to constant opening and closing.

If you’re using non-pasteurized/fresh cashew milk then the shelf life is shorter. Unopened in the fridge it’ll be good for several weeks, and this will vary from brand to brand.

Your best bet is to check the packaging itself and look at the ‘best by’ date. That’ll usually be a 2-3 week period.

Opened fresh cashew milk can be kept in the fridge for up to a week as well. Again, keep it in the back of the fridge, not on the door to keep it nice and fresh.

How long does cashew milk last in the pantry?

Your pantry should be cooler than room temp, though that’s not always the case. If it’s cooler (around 5-10 C/41-50 F) then the shelf life is indeed extended, by almost as much as if you kept it in the fridge.

Keep in mind that this applies for unopened pasteurized and non-pasteurized cashew milk.

If you’ve already opened the container you should consume it within a week to make sure there are no stray bacteria or mold spores getting into the milk.

This is why you need to keep the milk in a tightly closed container, at a cool temp. You can use cling film or plastic wrap to secure the milk if you have nothing else. 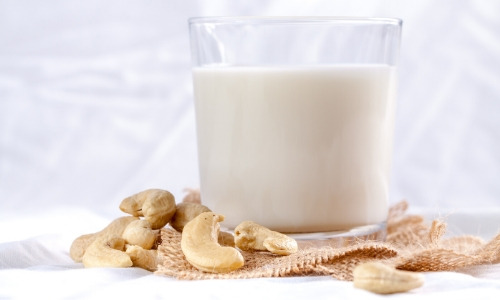 But if your pantry isn’t cooler and it’s actually around 21-13 C/70-73 F then things are a little different.

Pasteurized, unopened cashew milk will indeed be good for 1-3 years as the ‘best by’ date will state. Always check that date to be sure.

Fresh, unopened cashew milk should be consumed within 3 days if kept at room temp. Warmer temperatures really don’t help things keep, even if it’s not dairy.

And either version – fresh or pasteurized – should be consumed on the spot if you’re going to leave it on the counter, opened. So neither of it should be left more than 12 hours if they’ve already been opened.

How long does cashew milk last in the freezer?

Yes, cashew milk can be frozen.

And as a frozen item it can be stored indefinitely. This means that as long as the product isn’t thawed and then frozen again, it can keep in your freezer as long as the machine is capable of freezing.

We recommend freezing in freezer-safe containers or bags, depending on what you have on hand.

Signs your cashew milk’s gone off

Cashew milk doesn’t go off as obviously as dairy, but there are a few signs you can guide yourself by.

First, the milk will darken/yellow in color if it’s starting to get old. This is partly due to air exposure and partly due to possible bacterial contamination. It might be best to throw it out.

Second, any mold on the container or inside parts of it (even if the milk itself isn’t touched) is a reason to throw it out as well. This only applies if the container has been opened or broke in some way.

Third, a weird or strong smell isn’t a good sign either and the milk should be discarded. Cashew milk does smell faintly of nuts and earth, but not strongly and definitely not sour or rancid. 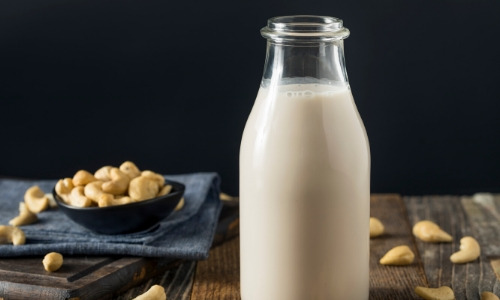 And fourth, if you’re not sure when you bought or made the milk, and can’t tell how long it’s been open either it might just be safer to throw it out instead of risking anything.

How long cashew milk can last depends on a few factors like whether it is homemade or store-bought. But if you keep them in the fridge cashew milk should be good for 3-4 days no matter what.

We hope this article gave you the info you needed. Cashew milk’s a really good plant milk and there’s really no other plant milk as creamy as this one.

Knowing how long you can store it and the main signs it’s gone bad is going to help in the long run.