It may be confusing because most of us see the cashew only from the market and is already roasted and served as a nut, but have you ever seen cashew growing on a tree? You can bet that is a fruit so let’s see if cashew is a fruit or a nut.

Cashews are a great source of protein and fatty acids, which is very common for nuts. However, this food item might be a little more than just a nut.  It might just be a fruit.

How ? Well, this is what we’re going to find out in this article. Whether cashew is a fruit or nut really depends on how you look at it. let’s explore this a little. 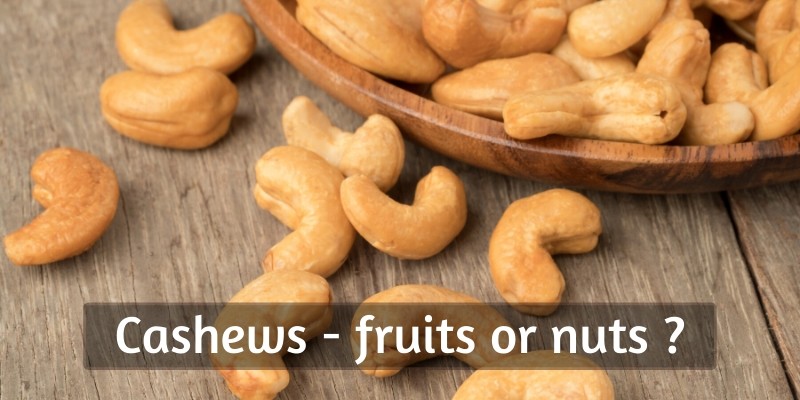 Table Of Content show
1 Is cashew fruit or a nut?
2 So is cashew a fruit or a nut ?
3 A nut’s casing never opens on its own
4 A fruit contains the seed on the inside
4.1 Cashew shells are toxic
5 Cashews in the kitchen
5.1 Culinary use as a nut
5.2 Especially great for vegan products
6 Conclusion

Is cashew fruit or a nut?

Cashews are nuts that grow on the cashew tree – the Anacardium occidentale – which is actually native to the American continent (South, Central and North America).

Despite this, you’ll find this wonderful nut tree in Asia as well. This is because Portuguese explorers – who actually named it – took it with them in their travels and ti eventually found its way to Goa, India. This was all the way back in the mid 1500s.

From there is eventually spread throughout Asia, especially the Southeast part and it seems to be present in Northern Africa as well.

Since its propagation cashew has been a staple in many dishes of South and East Asia, and especially so in curries (see Pakistan and India).

So is cashew a fruit or a nut ?

The cashew is actually a fruit ! And botanically speaking, it’s not a nut.

By this we mean that the cashew nuts we see in the market are actually the edible seeds of the cashew fruit. It’s kind of like buying apple seeds because those are the only edible part.

You see, the way a cashew grows (see image below) is that the tree produces several fruits on the branch. Each fruit is actually an accessory fruit, like the red part of the strawberry, only it grows very large. 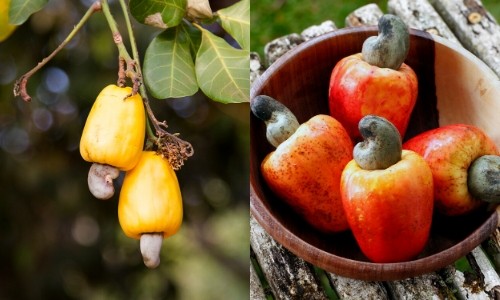 Cashew ‘fruit’ and seed. The grey part is the cashew nuts in their shells.

Attached to the end of that ‘fruit’ is the actual, true cashew fruit – what we call the cashew nut. Only it’s the seed, with its casing.

The casing cannot be eaten (we’ll get to that very soon) so it’s always removed before it reaches the store.

A nut’s casing never opens on its own

If we get technical then the reason cashews aren’t nuts is because from a botanical standpoint the natural hard shell of a nut isn’t going to open on its own.

Examples include walnuts, chestnuts, acorns and yea cashews. These are all nuts that do not and can not open on their own. The casing does not crack along the middle after a period of time, but we crack them ourselves.

Cashews have been viewed as nuts since the beginning and it’s very difficult to think of them as anything else, and understandably so.

But let’s talk about why the cashew nut is actually a fruit. It might help things make more sense.

A fruit contains the seed on the inside

Alright, we might’ve confused you a little here. What is important to distinguish here is that there are two fruits we’re discussing.

First, the cashew apple which is the accessory fruit the nut is attached to. It’s the largest and most prominent thing on the tree.

Second, the actual fruit (botanically speaking) which is the cashew ‘nut’. It’s this that’s the true fruit, because according to science a fruit contains the seed on the inside, always.

From that point of view pretty much anything is a fruit, then. Well, actually you’re right.

The cashew apple is not exactly edible, at least not the way most fruits are. It’s kind of bitter and tough and needs some processing before consumption, like being sprinkled with salt like eggplants, or being steamed for several minutes.

It’s very rarely used, due to how tough it is and how much of a hassle it is to prepare it. That being said it’s still used, for example India produces a liquor called Feni, which is made from the second or third distillation of the cashew apple.

You’ll find it in some curries as well, and some brave souls have even turned it into a jam.

The cashews themselves are alright to eat, but it’s the shells you have to watch out for.

There is a natural oil found in the shells that actually causes severe allergies like itchy skin, rashes and burn-like sores on skin. This is because the cashew tree is related to poison ivy and poison sumac. 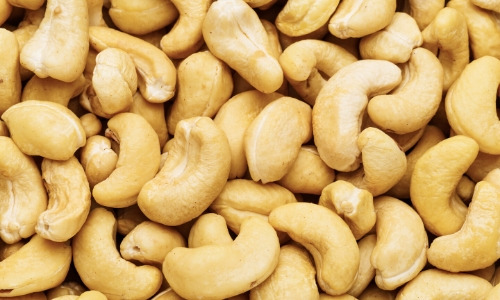 Handling raw cashew shells without any gloves or protective gear is not recommended since it will produce irritations. This is why workers handling cashews are always dressed in protective equipment from head to toe.

Once the cashews are shelled, the nut inside is safe to eat. However sometimes a bit of cashew shell oil gets on the inside part as well, and even a small amount may trigger a reaction in those who are sensitive.

This is why you’ll always find cashews roasted, because the oil gets burnt off this way and it can’t pose a risk anymore.

Cashews in the kitchen

All that being said, cashews are still a very well loved food item. You’ll find them present in a fair amount of dishes and in pretty much every nut mix on the planet.

Culinary use as a nut

Culinary use as a nut began since cashews were first discovered.

Botanically cashew nuts are actually both the fruit and the seed of the cashew tree, but they’ve always been viewed as nuts and this is the way they’ll go down in history, probably.

You’ll find cashews as a common snacking option, coated with whatever spices you like and in whatever mix you like.

They can be used in pies as pecans or peanuts are used, to add a little flavor and crunch, or even as toppings in some cases.

An increasingly common use for cashews is vegan products. Due to the nut’s texture and high fat content it behaves very well as a nut milk, and you’ll find that cashew milk is fairly common. 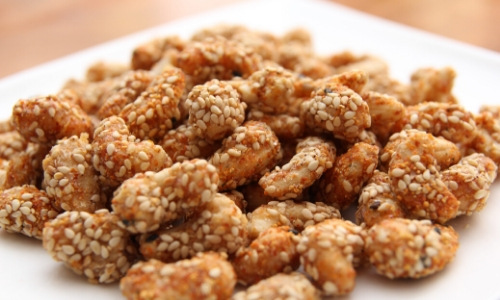 As is cashew butter or cashew cheese or Parmesan, since it’s a very stable structure and incredibly smooth and creamy.

One big upside to these products is their very long shelf life, especially compared to the dairy counterparts. They keep real well and even after opening they’re safe to eat for a long-ish time.

Hopefully, this article’s helped you figure out whether cashew is a fruit or nut. In the end, it makes no difference, cashews are still amazing snacks and a great food item to have around the house by default.