Ginger is very versatile and is used in a lot of recipes and drinks, cooked or raw. The powder is popular as well, but is ginger a fruit or a vegetable? Or maybe it is a spice or herb?

Now that I write this, I realize that ginger is everywhere and has a lot of uses.

Ginger is usually in the vegetable aisle at supermarkets, but that doesn’t necessarily make it a vegetable, botanical speaking. The tomato is there as well, and tomatoes are berries.

Sometimes we define a fruit or a vegetable more by the way we use it, not what it actually is in a botanical sense, so let’s see if the ginger is a vegetable or a fruit. 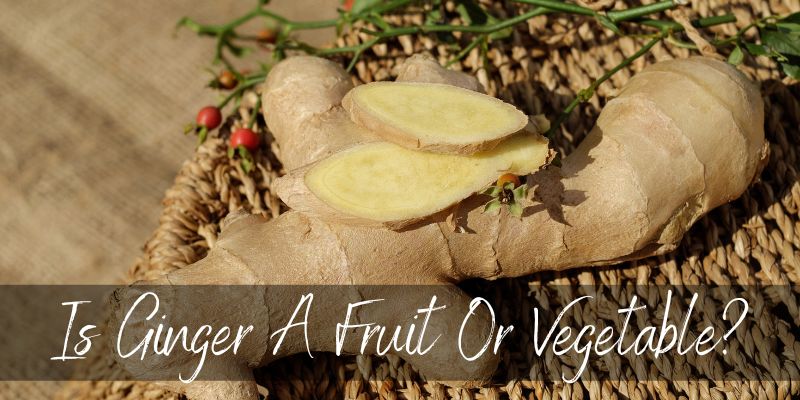 Table Of Content show
1 Is ginger a fruit or vegetable?
2 Is ginger a spice or herb?
3 Ginger origins
4 Other fruits that we think are vegetables.
5 What does ginger taste like
6 Where can you use ginger?
7 Conclusion

Is ginger a fruit or vegetable?

Ginger is a vegetable, a root vegetable, to be more precise. It has a citrusy taste, and you would be tempted to say that it is a fruit, but it is not. A fruit will have seeds and grow from a flower, even if the seeds are edible or not.

Ginger as a hole is a flowering plant(Zingiber officinale), but the root is the most used part of it, which is considered a vegetable.

Due to its taste, fresh ginger root can be used in a fruit salad or a fruit smoothie because it combines well with many fruits.

Is ginger a spice or herb?

In recipes, you will often see powder ginger as a spice and the root as a herb. This is just to know where and when to use it in that specific recipe.

The same thing happens when you see sugar as a wet ingredient. It is more for use in the recipe rather than the botanical term.

Of course, ginger powder is considered a spice, but that doesn’t mean that the ginger root is a spice, only the dried powder is.

Ginger is part of the Zingiberaceae family which also includes other vegetables like cardamom and turmeric.

It is known that ginger originates from Southeast Asia and from there was transported to Europe with the spice trade and was used by Romans and Greeks.

Ginger has been used as a spice, dietary supplement, and medical purpose for a long time, but now, with better technology to test those things, we have no evidence that it has benefits for human health or certain diseases.

Other fruits that we think are vegetables.

There are a lot more botanical considered fruits that we know as being vegetables. The most common ones are tomatoes and cucumbers, which grow from a flower and have seeds which makes them fruits from a botanical standpoint, but they are vegetables from a culinary perspective.

Also, eggplant, avocado, sweet peppers, and pumpkin are fruits as well. Even the sweet corn is considered a fruit, in this case, the fruits are the little grains, not the corn itself.

So many vegetables are actually fruits and vice versa, but you can’t expect people to sort them this way because it is more practical to call them by their culinary use rather than the botanical meaning.

I would put this information in the good to know category but not so practical only if you want to correct someone and annoy them forever”no, no, tomatoes are not vegetables, they are fruits.”

Ginger root has a very strong spicy, citrusy taste that, as I said before, makes it so versatile and works great in many recipes.

You also can eat the raw ginger root, but it can be a bit overwhelming and should be eaten in small quantities.

Ginger powder has a similar taste to the ginger root but is a bit milder and not so citrusy. It works great if you don’t like the overwhelming taste of the ginger, but you still need a bit of ginger flavor for your recipe.

Where can you use ginger?

As we said before, ginger is versatile and can be used in a lot of recipes, drinks, and on its own, be it raw or pickled.

I will not talk about the medical uses of ginger since I said before that they don’t have clear evidence of being effective in treating diseases, so you should not try it for medical purposes. Of course, it has some good nutrients and is good for a healthy diet, but that doesn’t make it a medicine.

Powdered ginger can be used in a lot of recipes where you would normally need actual ginger, but you prefer to have a dish with a milder ginger taste. It can work for tea or other drinks as well, however, you will get a better taste from the actual fresh ginger root for your tea.

–Pickled ginger. This is mainly used for sushi but not only. It helps to refresh the taste in your mouth, so it will work with foods that have a strong taste. 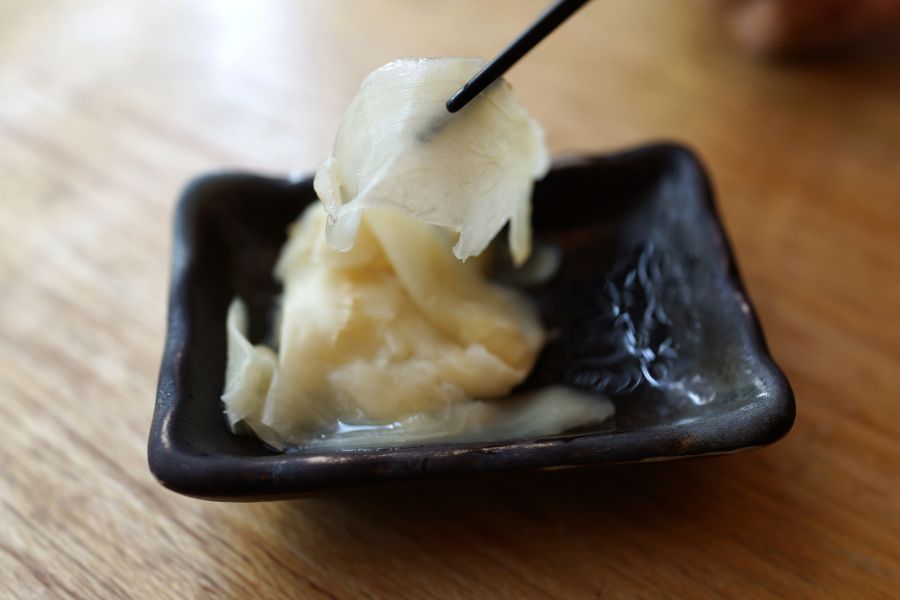 -Lemonade and smoothies. Ginger works great in drinks, and its citrusy flavor will make great lemonade, or you can combine it with your favorite fruits and vegetables to make a healthy smoothie.

-Ginger Tea. Maybe the most common use of the fresh ginger root. This is a very simple process. You have to peel the root, cut it into small pieces, and then put hot water on top.

-Cooked food. Ginger works excellent in cream soups, noodles, curries, and many other recipes. Indians make great use of ginger in their traditional foods.

The conclusion is that the ginger root is a vegetable, not a fruit or a herb, while the powdered ginger is a spice.

We found out that it can substitute some fruits in salads and other recipes, but this doesn’t make it a fruit.

I hope this article cleared the confusion, and now you don’t have any doubts about whether the ginger is a fruit or a vegetable. Also, I hope you found some great ways to use ginger in your recipes or drinks.