If you’re in love with sushi then you might make your own at home. In that case, you need all the assorted flavors and accompanying food items, including pickled ginger. But how long does pickled ginger last ?

We ask because the only time you can get small packets of the stuff is with pre-made sushi plates. Otherwise you find them in big jars that could feed an entire army. After all, you only need a few pieces per meal.

So, does pickled ginger go bad ? Like, ever ? Let’s take a look. 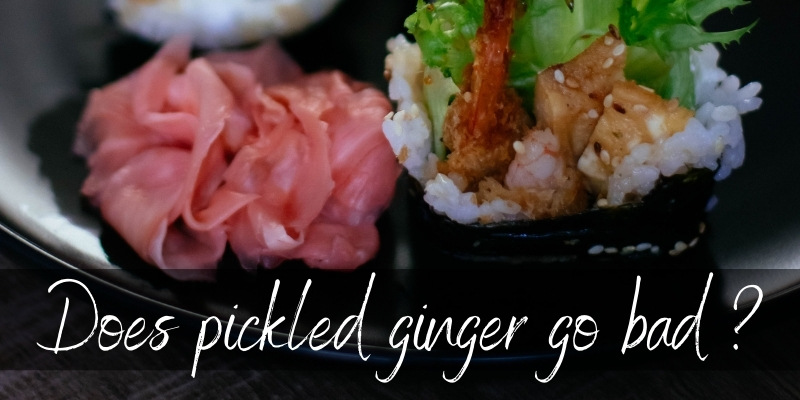 Pickled ginger seems to be good for years on end, as long as it’s kept in the fridge in a resealable container and handled with clean utensils. There haven’t been reports of pickled ginger going bad because of reaching an expiration date, only poorly stored and handle ginger.

So if you’ve had the same jar if pickled ginger in the fridge for two years, it might still be good. As long as it’s always been in the fridge, and you used and still use clean utensils to remove the pieces you need, it should be fine.

As for when it expires, if ever, you should check the expiration date on the jar, if there is any. If none is printed, then go for the basic visual and smell cues.

How to tell pickled ginger has gone bad

Pickled ginger is a nice pink color, in a clear liquid. The first thing to look for is a cloudy liquid, even before opening the jar. If it’s cloudy and has defined, whitish or bluish bits floating around then it’s obviously no good.

If the liquid seems fine, open the jar and look at it. No mold growth ? Okay, does it smell bad ? As in, not lemony-ginger-vinegary ? If it smells off, again, throw it out.

But if the smell is fine, the liquid is fine, then you can fish out a piece to taste. Please use a clean utensil like a fresh toothpick or clean fork or something similar. Otherwise you contaminate the food.

In all honesty, you should use about the same guidelines as with regular pickles. Pickled anything is supposed to last a long time, years even, as long as it’s kept in a very cool, dark place with a tight lid on it. This des not apply to fermented foods, just those pickled in vinegar.

Why ? Because vinegar, along with the possible addition of salt, make the food uninhabitable by most bacteria or mold spores. You can still contaminate it, but it’d be a hard chore.

Read also: Why Is My Ginger Blue ?

How to store pickled ginger

So your pickled ginger is now deemed safe. Alright, let’s see how to store a fresh jar of pickled ginger. Most of the time the directions on the jar say you should store it in the fridge, so do just that.

Even if the jar doesn’t say so, and you found it on a regular shelf in the supermarket, keep it in the fridge. You’re extending its shelf life much more by keeping it very cold. If you only have some small packets, store those in the fridge too !

Never let ginger stay at room temperature, even if it’s an unopened jar. It will spoil much quicker, but especially if it’s opened. It won’t do so overnight, but leave it like that for a few weeks and it’ll start to ferment.

Yes, pickled ginger is the same as sushi ginger, otherwise known as gari. It’s traditionally served alongside sushi as a palate cleanser, meaning you eat it between different sushi types or fish types. This is to remove any flavors from the previous sushi or fish types, so you can better enjoy the new one. 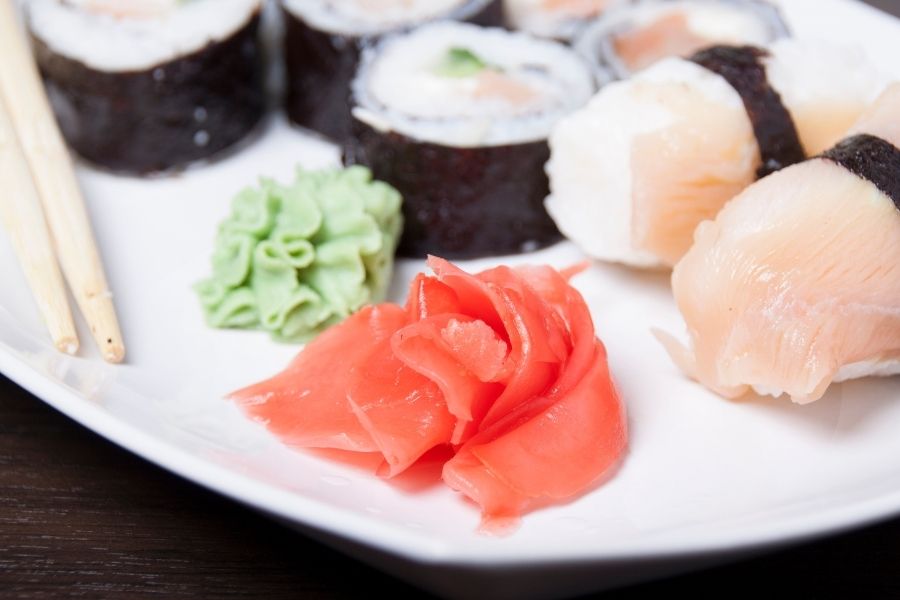 Sushi is a delicate affair, especially when it comes to flavors. Salt isn’t high on the ingredient list but food somehow ends up tasting delicious. In fact, the soy sauce served with sushi is more of a ‘just in case‘, instead if a ‘definitely dip it‘.

Still, you do you. If you love sushi with all the toppings and add-ons you can find, then go right ahead. We’re particular to eating some sushi types with a slice of ginger on top. Blasphemous, yes, but it really brings out some interesting flavors.

Why pickled ginger is pink

Back to the color question, bamboo turns pink because of its reaction to the vinegar and sugar, and it’s only the very young ginger that does this. And yes, pickled ginger does have added sugar, but it’s also slightly sweet on its own, in its raw form. Again, remember this is very young ginger.

And that’s pretty much it for pickled ginger. You can definitely store it real bad and have it spoil within a couple of months. But if you keep it in the fridge, with a tight lid on, always take out pieces with a clean fork, and then put it back in the fridge ? You should be safe for years.

So far no one’s come forth with truly expired pickled ginger. We hope you won’t be the first.