Did anyone ever tell you a tomato is a berry ? And did you agree ? We think no one ever agrees with that statement.

And still, it’s true. But why, why is a tomato a berry when everyone knows berries are really different from vegetables ?

Well, the truth lies rather in the lack of information, rather than false information. As you’ll soon see there’s a very good reason to classify tomatoes as berries, and we’ll be sure to explain it. 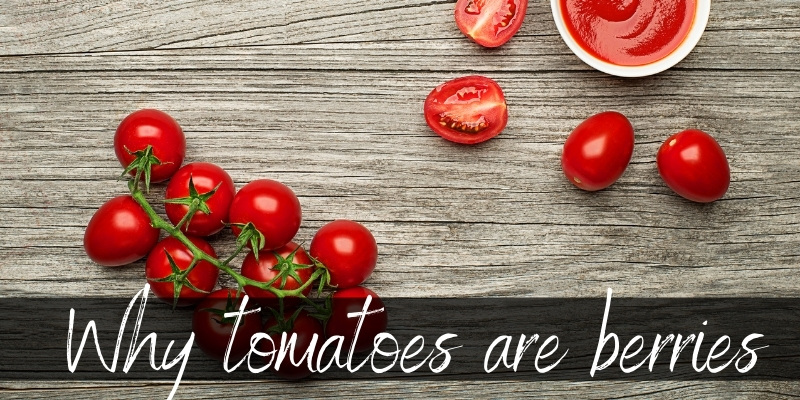 Table Of Content show
1 Why is a tomato a berry ?
1.1 Culinary VS botanical berries
2 Difference between fruit-bearing and fruit
3 Final thoughts

Why is a tomato a berry ?

Tomato is considered a berry because it is classified as a fruit. Fruits are anything that grows from a plant, so yes almost anything is a fruit. And berries are fruits as well, which only makes tomatoes more confusing.

Tomatoes are berries due to their structure: they come in three layers, with the seeds growing in the innermost layer. All berries have very small, seeds surrounded by a thick pulp. And all berries come from a single flower ovary, and are a single fruit.

Often a tomato is mistaken as a vegetable because it grows from a plant similar to other vegetables. These include eggplant, paprika, bell peppers, cucumbers, and peas, and are all officially from fruit-bearing plants. Yes, all vegetables are actually a type of fruit.

These aren’t the typical fruits that we’re used to seeing since apples and oranges grow on a tree, no, these are different.  The fruits we all know and love are sweet, and used as desserts or in desserts and include all kinds of food items.

The biggest reason people are confused as to whether tomatoes are berries or not is because they think of strawberries and blueberries and raspberries.

In truth, botanical berries are the real berries, and there’s no arguing with science. And science says tomatoes are true berries, while strawberries are not.

Bananas are berries, while raspberries are not (because they’re a segmented fruit coming from multiple ovaries). Botany is nitpicky like that.

Tomatoes are not commonly thought of as berries, and are instead used like other vegetables. They are placed in the vegetable section of markets along with bell pepper and cucumbers.

Difference between fruit-bearing and fruit

A berry is the part of a plant that forms a budding fruit that includes internal seeds. The tomato, eggplant, cucumber, and bell pepper all have internal seeds. As they form on branches, they all begin as an emerging bud (or berry) and grow into their full size.

Lumped-in with other arguments, that Jalapeno peppers are not a fruit either; but they are technically also a berry. The argument has long-been debated but comes down to simple botanic knowledge. This is easier to answer since there are still those who are unable to distinguish what a true berry is.

Many will assume that berry also includes strawberries and raspberries, but are mistaken. These are not because they come from more than a single flower ovary. This is why a blueberry is a true berry since it grows as a flowering berry fruit.

To make things clearer, check the image below. You’ll notice raspberry flowers have several ovaries, which go on to become the clusters on fully grown raspberries.

Meanwhile, blueberries have a single ovary, which goes on to become a single berry. 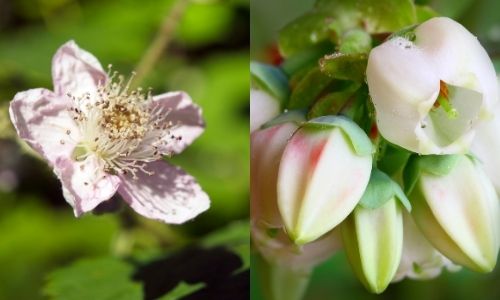 raspberry flower (left) with the many ovaries shooting upwards from the middle. the blueberry (right) has a single ovary, right in the middle

It does seem silly that the botanical classification in 1893 made the tomato a flowering fruit. Even so, tomatoes are in fact berries, and yes they are also fruits by definition.

We hope we didn’t just make matters more confusing, because whether you think of tomatoes as berries or not, the way they’re meant to be used is still the same.

Tomatoes will always bring a nice zing to food, and they’re always going to be tasty, no matter their classification.