If you’re allergic to ginger you may want to know if gingerbread has actual ginger in it. It could be one of those cases that has a name but no one’s really sure why anymore.

It turns out gingerbread has a long history and started out as a practical food item, rather than a decorative one. Let’s take a look. 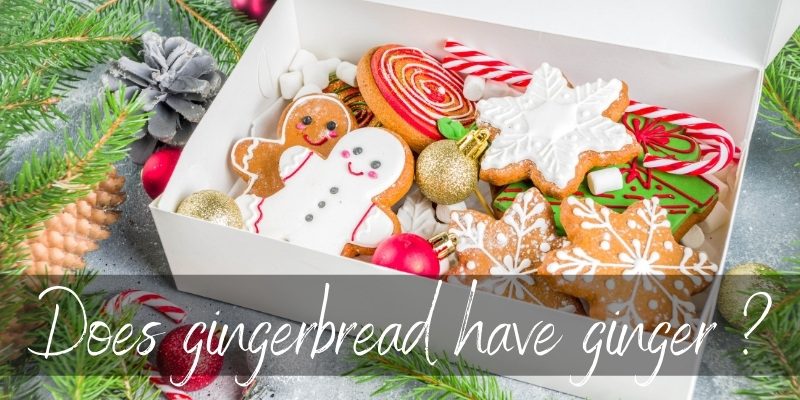 Is gingerbread made with ginger ?

Yes, gingerbread is made with ginger. It can be fresh or dried ginger, but the ginger has to be in the dough. That being said, if you’re allergic to gingerbread you may skin the ginger and just use the usual spices.

After all, the flavor of gingerbread is not just the ginger, but the entire composition. As with pumpkin spice, there is no clear, definite flavor and people have often altered the mix to suit their tastes.

There’s nothing stopping you from doing the same with gingerbread, if you don’t want ginger or can’t find any at all.

What spices go in gingerbread ?

The usual spices for ginger bread are ginger, cinnamon, cloves, and nutmeg. They can be used in different proportions but ginger is always meant to be in there. 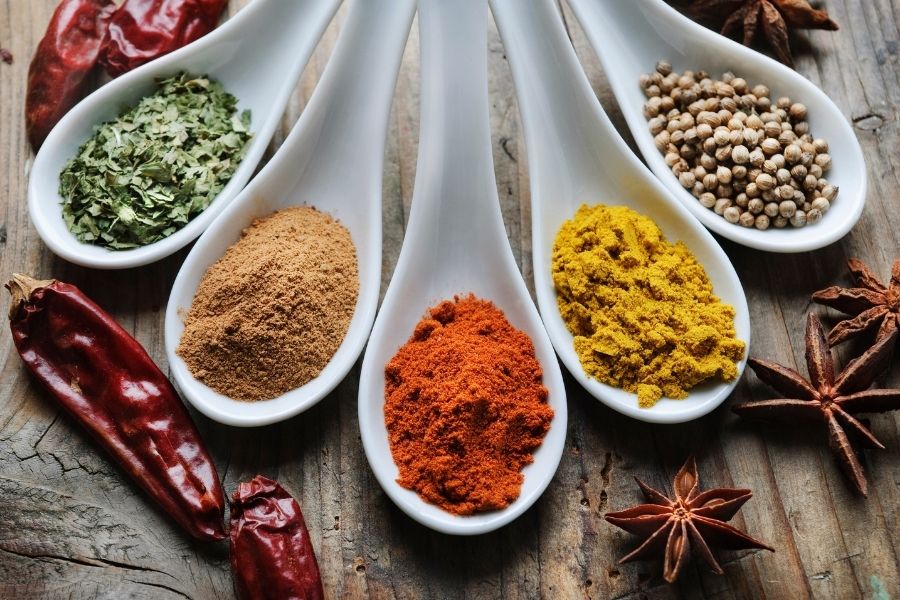 Originally gingerbread contained honey, and paired with ginger it made for a medicinal cookie, at least in theory. In truth, honey loses its antibacterial properties when heated (even baked) and there isn’t enough ginger in the cookies to have a significant impact.

Still, it was one of the biggest perks of eating gingerbread centuries ago, and it was used in medicine.

The exact spices used today vary wildly from recipe to recipe, and some folks may be allergic to some of the spices. Other spice options include orange zest, vanilla, star anise, and allspice.

And although it’s not a spice, you will easily find chocolate-covered gingerbread in many parts of the world, especially Europe. It’s considered part of the necessary ingredients in some countries.

Gingerbread is really old, you know. Really old. It’s believed that ginger (the spice) as brought back by Crusaders in the 11th century, all the way back from the Middle East. They not only brought back ginger, but the whole idea of spiced bread.

Aside from being delicious, ginger is also a good preservative in gingerbread. It was used to keep the bread edible for several weeks, although the very low moisture content and the presence of honey definitely contributed to this.

And so ginger became the key ingredient in gingerbread, and it spread all over Europe. It was spread by monks, immigrants, then craft guilds, then monarchs took notice of the complicated gingerbread works and they became mostly decorative.

Nowadays the ginger in gingerbread is only used as a flavoring, since there are other methods of preserving sweets.

Is gingerbread supposed to be hard ?

Gingerbread can be soft or crispy, depending on your preference and the ingredients you use. The usual gingerbread man cookies are on the crispy side, and that’s how most people know them, at least in America.

In Europe gingerbread is always soft, with a thin but crispy icing on top. This means that when you bite into the cookies it will be very similar to a soft chocolate chip cookie, and still have a bit of moisture.

All that being said, there are soft gingerbread cookies in America too. It depends on what you use. Old gingerbread, the one German immigrants brought with them to Pennsylvania and Maryland, was made with honey as a sweetener.

Now, honey wasn’t the cheapest and wasn’t easily available to everyone in the 18th century. Sugar wasn’t really an option, since it was very expensive and just as hard to find as honey.

So that left molasses. Cheaper than sugar, and thus easier to get your hands on back then. So gingerbread was them made with molasses, which gave them a very soft, fluffy feel about them. They don’t really break apart, they’re sort of chewy and can even be made gooey if you like them like that.

In short, if your gingerbread recipe calls for molasses and it comes out hard, you’ve probably baked it too long or spread the dough too thin.

Are gingerbread and gingersnap the same ?

Gingerbread is different from gingersnap in that one uses molasses to achieve a softer cookie, while the other uses sugar to get a crispier cookie.

Gingersnaps are thinner, and look like they’re already cracked. The presence of sugar makes them much more dry, and this lends them their distinctive ‘snap’. 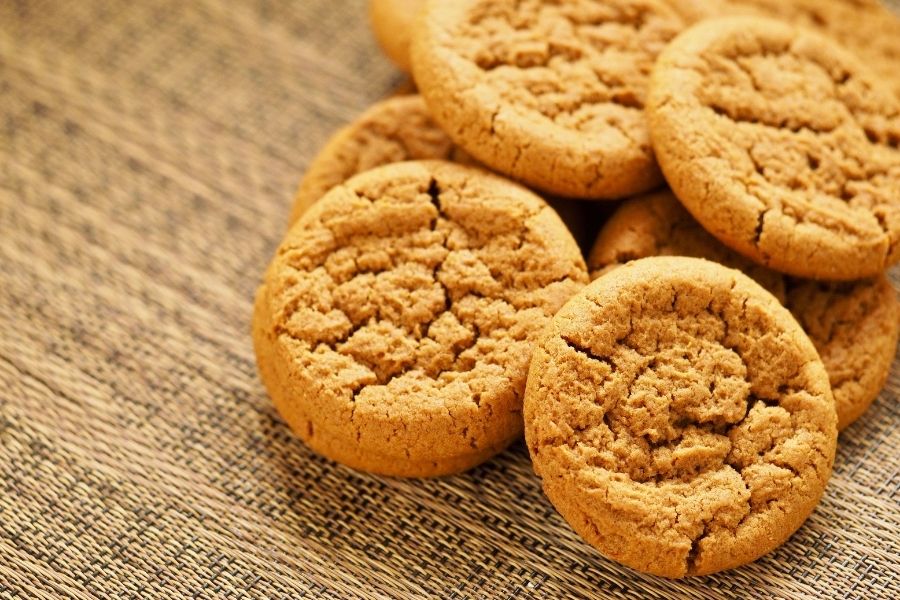 On the other hand, molasses are what make gingerbread so soft and chewy. You can make gingersnaps with molasses, and bake them longer, but even then they might not be very crispy.

What you can do is add an egg white and sugar icing. Some icing types soften a cookie, other form a sort of thin outer shell. Mixing raw egg white with icing sugar will result in an icing that hardens in a thin layer.

If you’re allergic to eggs or just find the idea unappealing, then you may have to make ginger snaps with sugar to get that snap.

And if you’re wondering if you could build a gingerbread house out of ginger snaps, we guess it could be done. As long as you use the same template as with regular gingerbread, and the pieces come out the same, they should be just as easy to assemble.

You might need to be more careful with ginger snaps, as they’re more fragile than gingerbread and might break more often. Be sure to bake a few spare pieces.