If your recipe calls for guava paste and you don’t have any on hand, don’t worry. Lost of folks don’t have easy access to guavas, or guava paste. So we have to make do, and find a suitable substitute.

While no substitute on this earth can beta the real guava taste, we can definitely come close. Especially if we’re not too picky about the exact notes and flavor. Here are some of the best guava paste substitutes we could think of ! 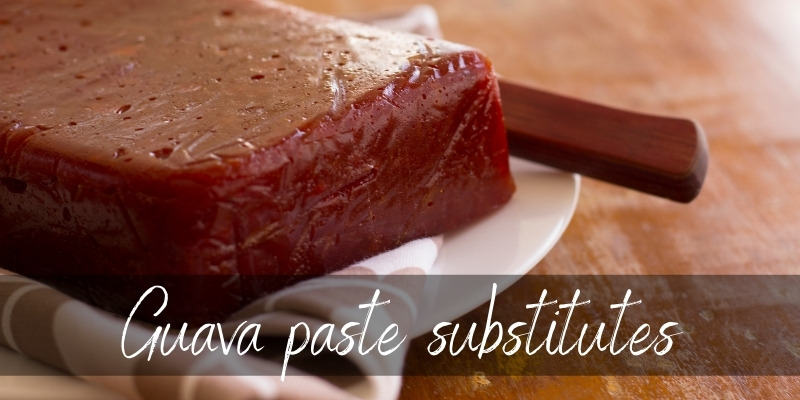 The best substitutes for guava paste are fresh guavas, quince paste, apple paste, and fig paste or jam. Whichever you use will depend on you and how close you want to stay to the guava flavor.

We really recommend trying fresh guavas first. If your recipe is a bit flexible and can accommodate fresh fruit then it might be best to go that route. If not, and texture is very important, then the other pastes on this list will work just as well.

If you can find fresh guavas go ahead and try them. If you’re making something like a pie, and want to use guava paste for the filling you can easily swap for freshly cut guavas and sugar. Like an apple or cherry pie, the guava should soften and become a delicious pie filling.

What about a cheese board ? Guava paste goes great there, and so do fresh guavas since they’re sweet as well. This swap also works in salads.

We realize guavas might not be on hand where you live, but we still wanted to first give you the option most like guava paste. If you’re not strapped for time, you can make your own guava paste.

Guava paste is fairly easy to make but requires you to wait around for it. You need guavas, brown sugar, a bit of cinnamon (optional), and a dash of lemon. Cut and mash the guavas, strain to remove seeds.

How much sugar you add depends on you. Most recipes call for a 1:3 sugar to guava ratio, but you can go sweeter if you like. After the seeds are removed, you will need to simmer the mixture on low, sitting continuously for several hours.

Let’s assume those hours have passed and the mixture darkened. How do you know when it’s done ? Stir a little, and see how thick it is. It should be fairly difficult to stir and it should come off the bottom of the pot. Very little moisture to none at all.

Remember that it will harden and set when it cools. So turn the heat off, and pour into molds. They can be anything, usually plastic-liked rectangular containers like tupperware. You can lightly oil the containers if you’re rather not use plastic.

Let the paste cool overnight. Do not touch it until it’s firm.

If making your own guava paste or using fresh guavas isn’t possible, then try quince paste. It’s fairly similar in texture and flavor, and will work just as well. 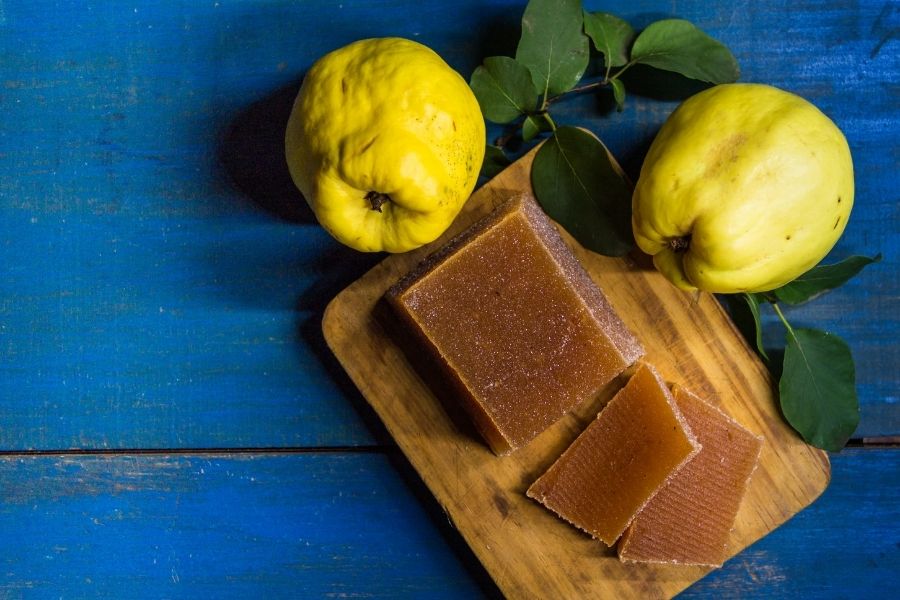 Quince paste is more of an European product, the same way guava paste is a Caribbean and Latin American product. You’re probably going to have to look for it in specialty stores if your biggest supermarket doesn’t carry it.

Apple paste should be very easy to find. It’s different in flavor, yes, but it’s possibly the most common substitute out there. If you’d like a version that’s as close to guava as possible, look at the ingredients. If it has any ginger or nutmeg it might work better than with cinnamon or cloves.

Fig paste is a surprisingly similar product to guava paste. Very sweet, since figs are sweet to begin with. Their little seeds are usually kept in the paste, since there’s so many of them and they’re actually edible !

If you’re not sure what figs taste like, they’re just like Fig Newtons. And if you’ve never had one of those, imagine a very honey-like strawberry, more on the sweet side than tart.

IF you end up using fig jam, know that it’s a little thinner than the paste. But if you need it to serve as a sauce then it will work just fine. 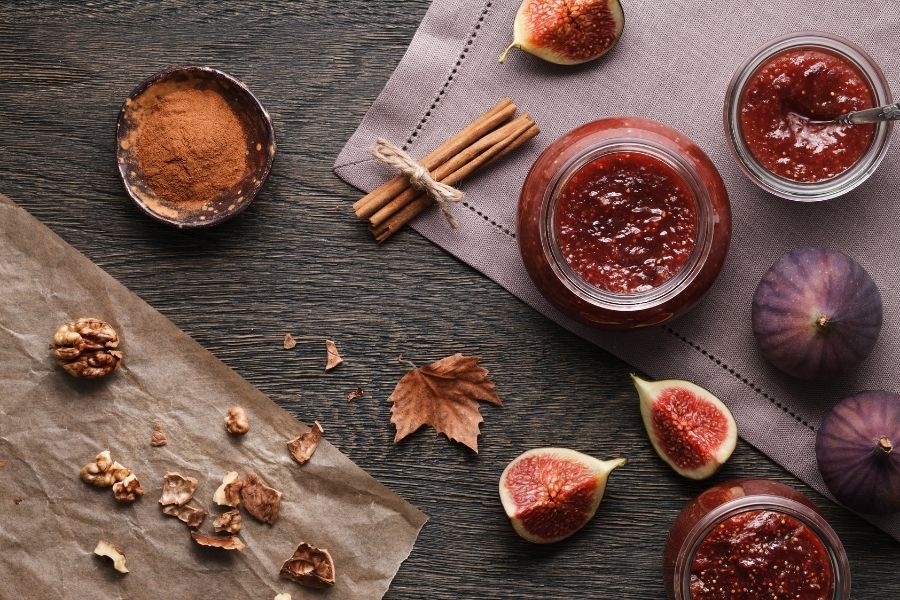 What is guava paste ?

Guava paste is a very common ingredient in Latin American and Caribbean cuisine. Made out of guava fruits and cane sugar, guava paste has been in use for centuries.

Are guava paste and guava jelly the same ?

Yes, guava paste and jelly are technically the same. The paste is just hardened jelly that has been allowed to dry out for a day or so. It’s just a very good preservation method in areas that don’t get very cold winters.

The guava paste tastes sweeter than regular guava, and is lemon and cinnamon are added it takes on a more tart flavor. Of course the final taste will depend on what the ingredients are, and how long the paste was cooked.

It can’t taste like fresh guava, since it’s been simmered for hours and then left to dry. It will be a more muted, caramelized flavor than fresh guavas.

Yes, you can melt guava paste. Either in the microwave or oven, or in a pan, it will melt. If using a microwave be sure to cover with a bowl (not metal).

And if your guava paste turned out much too thick or hard, you can put it back into the pan, turn the heat on, and stir in a little water. It will take a while but it will mix in.

Now don’t go thinking guava paste will melt like cheese and become a gooey mess. It holds its shape for quite a while, and gets progressively softer. You can time to save it if melting is a problem.