On your quest to get the perfect breakfast you stumble across the legendary frittata. A beautiful, tall egg-based meal that can feed many at once. But the more you look at it the more it looks like a big, fluffy omelette.

So is there really any difference between omelettes and frittatas ? Or is it just nitpicking ? Let’s take a look at both. 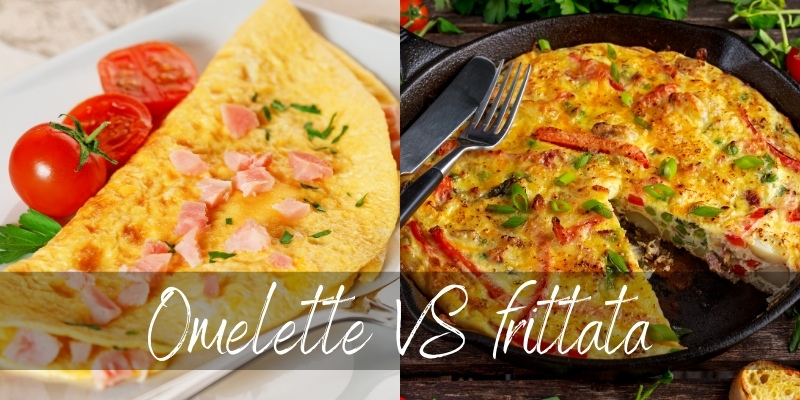 Table Of Content show
1 Omelette vs frittata
1.1 Frittatas usually have their toppings inside
1.2 Omelettes are usually cooked on high heat, frittatas on low
2 In the end they’re both really just an omelette
2.1 American style
2.2 French style
2.3 Fritatta and Spanish patata

Omelettes and frittatas have considerable overlap. Both include vigorously whisked eggs, toppings, an open face (not folded), and generally tend to be very fluffy.

One of the main distinctions between the two is that frittatas always have their toppings mixed in with the eggs, while omelettes have them either on top, or in the fold.

To be fair that seems to be the only real distinction we’ve noticed between these two egg-based meals. They seem to be slightly different versions of the same omelette.

Let’s take a closer look at those differences to see how relevant they are.

Read Also: Why Are Japanese Eggs So Orange ?

Frittatas usually have their toppings inside

The biggest thing you’ll notice straight away when looking at a frittata is how full it looks. It’s tall, fluffy, and chock-full of all the toppings you’d ever want like bacon, cheese, mushrooms, peppers, onions, you name it. 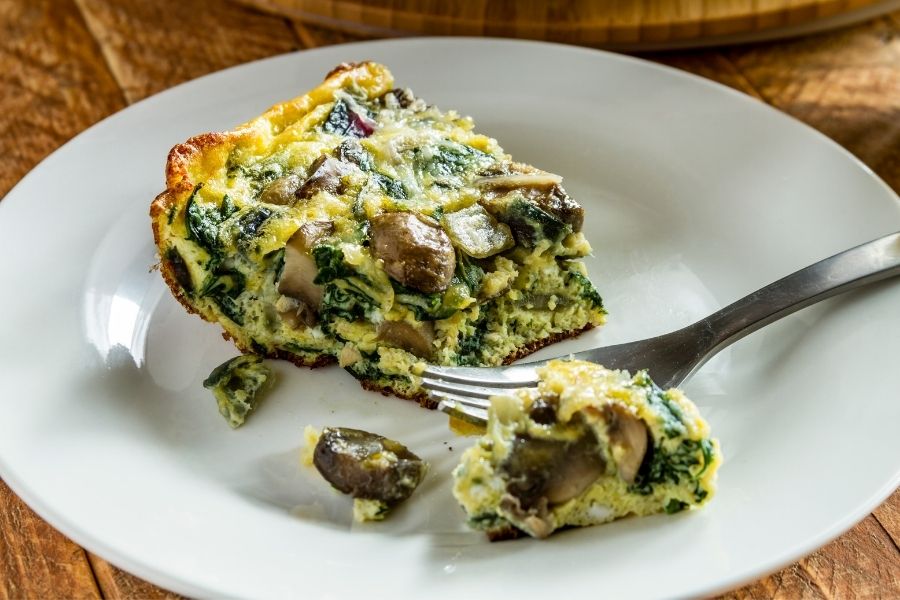 The toppings are always whisked in with the eggs, and as such you have an equal dispersion of them.

Omelettes tend to be egg-only, with the toppings added either on top or into the fold, as it’s done cooking.

Omelettes are usually cooked on high heat, frittatas on low

A common problem for omelettes is that they come out dry and not so fluffy, since they’re usually cooked on high heat. This cooks the underside of the omelette quickly, while the upper side doesn’t really set. Then when you go to flip it, you get a big mess because of the still-runny eggs.

Frittatas are cooked on a much lower heat, since they have to cook through so many ingredients. The upper part is either left a bit creamy (but still cooked), or the entire pan goes under a broiler for 2 minutes.

In the end they’re both really just an omelette

Eggs can be cooked in so many ways, and most of these require them to be whisked and cooked with butter or oil, with or without toppings. Really, to us that just sounds like an omelette with slight variations. So frittatas are Italian, and very closely related to the Spanish patata (potato omelette), while the American omelette is just the eggs, sans toppings.

Calling frittatas something different from an omelette seems a bit nitpicky, since in the end they are all just whisked eggs, with or without toppings.

Maybe that’s just us, but all these distinctions between eggs being cooked in slightly different variations is a bit, um, unnecessary. Is your omelette going to be upset if you call it frittata ? We doubt it. Is a frittata going to suffer is you add just one topping and then fold it over when it’s done cooking ? We also doubt that.

But some people may beg to differ. For them all these distinctions are highly important, especially if they’re trying to be authentic to a specific cuisine. So let’s take a look at some of the most common omelette types. And yes we’re classifying all of these as omelettes.

The American omelette is possibly the simplest, since it only requires you to whisk the eggs, pour them into a hot pan with melted butter, and and cook them until they’re done. Add toppings, fold over, done.

No fuss, no muss. Some people add milk or cream, in an attempt to get a fluffier omelette. All that does is add more moisture, which you’ll be tempted to cook off, and end up with a dry omelette anyway.

Simply dial down the heat form high to medium, and out a glass lid on it. Let the top cook/steam by itself, then fold over if you want.

The French omelette is the trickiest one out there, as it needs you to be fast but takes a longer time to cook, and it needs to always move. It’s essentially cooked egg cream, since you emulsify whisked eggs and melted butter on medium-low heat. It needs to stir continuously and furiously, so no part of the omelette gets a change to curdle. 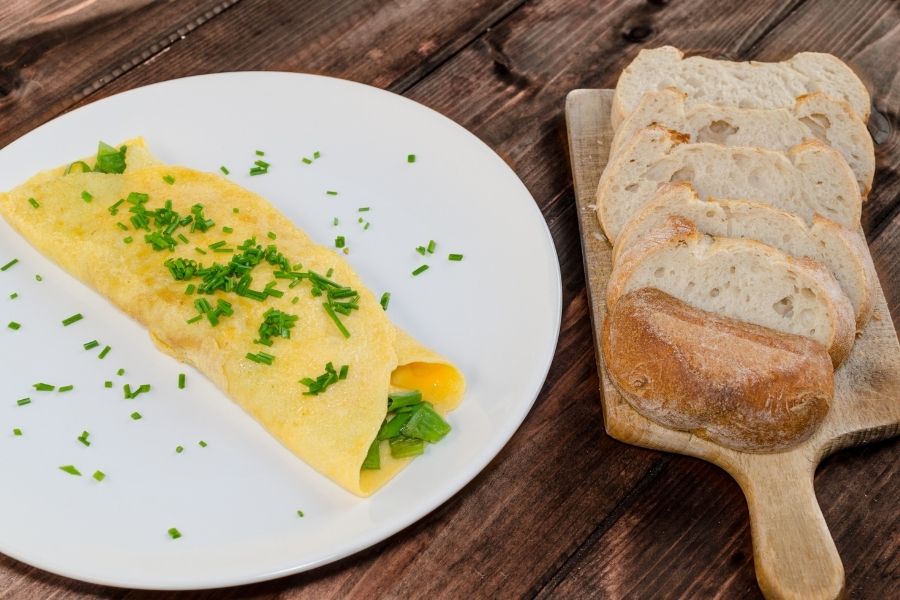 The egg mixture will slowly thicken, and you have to repeatedly mix, cut, mix again until you get the tiniest curds with a lot of cream around them. Then, when it’s almost done, spread it around the pan. The underside will cook, and you will need to gently roll it in on itself, until you only see a smooth, pale yellow skin on the outside.

Gently slide it onto a plate, brush melted butter over it. When you cut into it it should ooze slightly, with no easily discernible curds. Very difficult, yet very rewarding.

The Italian frittata is closer to the American version, but it has the toppings mixed into the egg batter. This means it needs a lower heat, so the eggs get a chance to set completely.

The entire mixture is whisked vigorously, so when you do eat a frittata is ends up being fluffy and light, despite all the toppings. Some frittatas are allowed to cook all the way through the top, while other are put under the broiler for the last 2-3 minutes of cooking to brown the top a little.

We recommend simply using a glass lid from the beginning, and letting the steam cook the top layer for you.

The Spanish patata or Spanish omelette is very close to the Italian frittata. It has a very specific topping, which is potatoes, and sometimes it may also include white onions. It’s a very hearty dish, and it’s very difficult to flip so it requires a lid from the start.

And that’s pretty much it. As long as you can whisk some eggs into a bowl and cook the on medium0low heat, you can get a fluffy omelette. To make sure it doesn’t dry out you should incorporate a good amount of melted butter, since it preserves moisture.

Any toppings you can want can be either on the top, like an American omelette, or mixed into the eggs, like a frittata. The end result is still a delicious breakfast. Make sure to put the lid on the pan to get that top layer to cook through, and you won’t ever have to flip an omelette.