If you’ve got strawberries in the freezer then you might want to know how long you can keep them there.

No worries, I’ve got you covered. Frozen strawberries are a common item, so there’s lots of us looking into this topic. 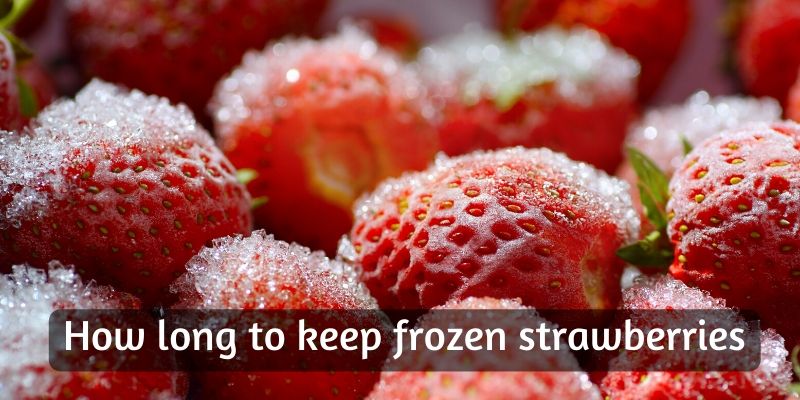 So how long do frozen strawberries last ?

Frozen strawberries remain in peak condition for up to one full year, so 12 months since freezing.

Now, this is only true if the strawberries have been kept at 0 F/0 C continuously, and the temperature has never changed. Meaning they’ve never been thawed (even partially) and then frozen again.

Keeping strawberries frozen makes sure the bacteria that would normally develop on them stays in a dormant state, and as such the fruit is safe to eat.

The bacteria in question does not move or multiply in freezing conditions, which is why we keep food frozen in the first place – to keep it fresh past its ‘best by’ date.

Now, you might notice your strawberries are not crisp after thawing.

This is normal, and it’s because the cells that make up the flesh of the fruit. They’re mostly water, and when frozen their structure is broken, and cannot reverse to how it was before freezing.

Most foods are mushy after thawing, except meats or some fiber-heavy foods.

You can still use the strawberries, though their flavor might be a little off and the texture will definitely be mushy.

Freezer burn is nothing more than the cells in strawberries being beyond repair. Still edible, but not appetizing, I’ll give you that.

If you were planning on making something with strawberries where presentation won’t matter, then you can definitely still use them. 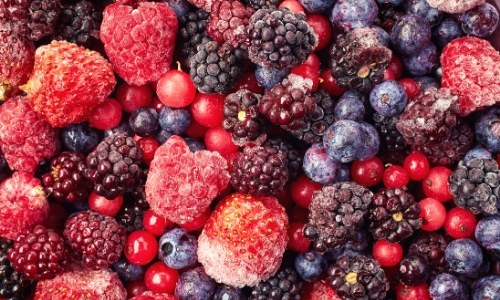 Whether you’re making something with presentation in mind or not, keeping your strawberries in top shape is important.

Not only will they keep longer, but they’ll also be in the best possible condition after thawing.

There’s a few things you have to keep in mind before freezing strawberries, if you’re buying them fresh and in bulk.

Wash AND dry them before freezing

When you get your strawberries, they’ll most probably need a good rinse. To get rid of any dirt that might still be somewhere, or pesticides, and even just as a general precaution.

So wash your strawberries in cold, running water. Let them drain for about 5 minutes, and then pat them dry. All of them, completely.

While you’re at it, you might want to snip off the green stems, since that will be difficult to do when they’re thawing.

If you don’t dry them before freezing, you’ll create extra ice on the fruit, which will ruin the texture even more and might contribute to even more freezer burn.

So make sure you pat them dry with a paper towel, or several, as many as you need.

Then, make sure your hands are dry and the bag you put them in is dry as well. 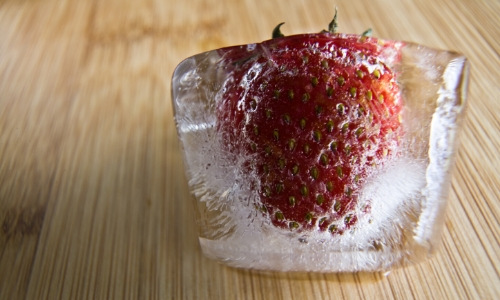 Don’t keep them more than a year

While the strawberries might be good even after 12 months, I don’t recommend using them after that period. They’re still edible, but really their quality declines after those initial 12 months.

Texture becomes worse, and freezer burn will really start to set in, so try and use them within those 12 months.

Do not refreeze them

Most folks buy their frozen strawberries, they don’t really freeze them at home.

And then you don’t have much of a choice as to how much you buy.

Usually the minimum is 1 lb/400 gr, and for most recipes or general uses that’s too much.

Meaning you’ll open the bag and only get half a cup and then put the bag in the freezer, and so on.

The problem is that each time you take the bag out on the counter and leave it there it starts to thaw.

Each time it thaws, the bacteria start to wake up and do their job – slowly age the food, which will spoil it eventually.

Another problem is that refreezing makes the texture and flavor even less appetizing, and if you do this enough times eventually the whole bag will be in poor shape.

So do your best to not thaw and refreeze strawberries, as much as you can.

If need be, separate your pre-frozen strawberries into 4 smaller bags, and stick those in the freezer. 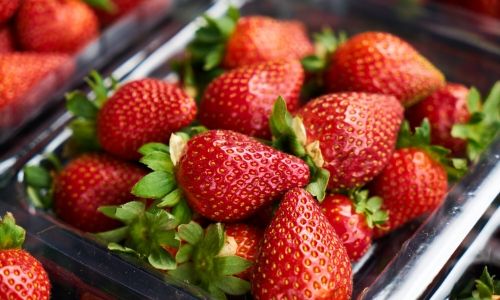 One way to make sure you don’t accidentally thaw them is to freeze them in small batches.

Something like a cup or 100 gr of strawberries per serving should be alright, depending on what you’re planning to do with them.

If you’re using them for smoothies, there’s no point in freezing 3 lbs/1.360 kg in one whole bag and then only taking as you need.

This is because every time you take the bag out and leave it on the counter while you’re working with it:

So smaller batches mean you only take out as much as you need, and that’s it.

About the Best before/Eat by date

When it comes to frozen strawberries, the ‘best before’ dates are not expiration dates, unless specified.

The vast majority of manufacturers use these dates as a marker for when the strawberries are still of quality.

Anything past those dates might still be safe, but the strawberries might be off in texture or flavor, without causing illness or harm to humans. 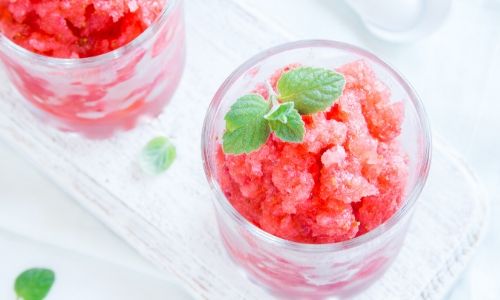 So for example if you found a 4 lb. bag of frozen strawberries at the bottom of your freezer, you could still use them, even if the ‘best by’ date was 6 months ago.

Just know that they won’t be as great, so you might want to just make strawberry jam or preserve out of them.

As long as the freezer was never thawed (like a power outage) or the strawberries were never thawed and then frozen again, you should be alright.

All of this being said, I do recommend using whatever you have in your freezer within a year. Not only is the food (be it fruit or veg or meat) going to be in peak shape, it’s also on the safe side.

If you don’t practice labeling, you might end up with food that’s been frozen for 3 years, and by that point it should just be discarded.

Frozen strawberries last for a surprising amount of time, but most folks don’t even need to keep them that long.

They’re very common items and they’re often used in smoothies or preserves, and are a favorite in baking recipes.

Still, even if frozen strawberries might be alright after a year, you should do your best to use them before that year expires. This way, you’ll enjoy them at their best.

If you’ve got any food curiosities be sure to check the related articles below, we’re always adding more food facts to make your life that much easier.

Can You Freeze Coconut Milk ? There’s A Few Things You Should Know

Matoke Vs Plantains – Here’s How Different They are

Why Is Pomegranate Juice So Expensive ? 4 Reasons Why