Ah, cherries ! The best summer fruit out there that somehow managed to be a winter favorite. And their little sisters, the sour cherries, are very similar in many ways but are often overlooked.

What is the difference between sweet and sour cherries ? Can you substitute one for another ? Is there anything special you need to know about these cherries ? 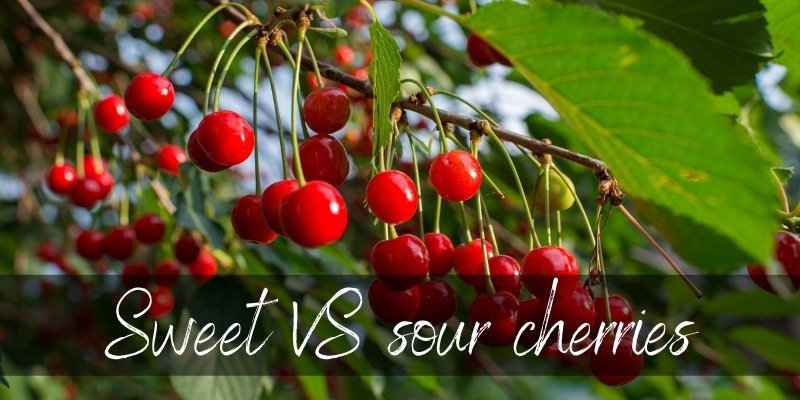 There are lots of sweet cherry cultivars, but fewer sour cherry ones because they’re just not as high in demand. All of them manage to fruit between early summer and late summer, so they’ll be around in their fresh form for about 3 months.

In America the harvest begins in South California in late April, and goes all the way up to Washington until August. In winter your best shot at finding cherries of any kind is preserves, frozen, canned, or dried.

Now let’s get to explaining the differences between sweet and sour cherries, so you never confuse them again. And if you’ve never confused them before, then you’ll at least know what each is good for.

First off, let’s start with appearance. Sweet cherries are larger than sour cherries, and their pulp is thicker, and a little firmer. It’s usually a cream-yellow color on the inside. Sour cherries are a deep red inside.

The pits are the same, as are the stems or the leaves. After all, they’re very closely related, siblings actually.

You’ll also note that the general shape is different, aside from size. Sweet cherries are more heart-shaped, while sour cherries are rounder, with a less pronounced line down the middle. 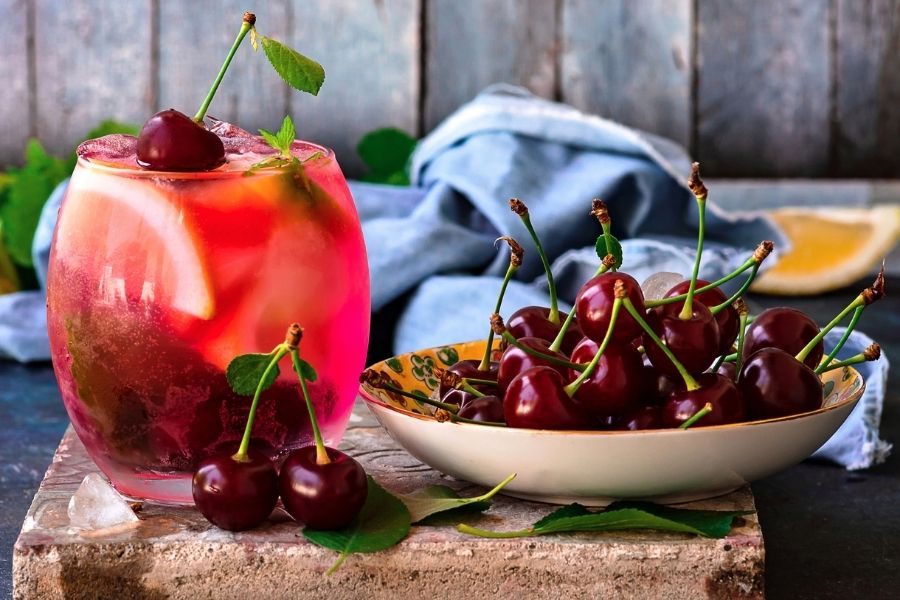 And sweet cherries are red out the outside, but sour cherries are slightly darker. This may be very confusing if you’re dealing with Morello sweet cherries, those end up a very dark red when ripe. Even then, look at the shape and size.

If you still can’t tell them apart, taste them.

You’ll notice a definite sweetness to sweet cherries, while sour cherries are, well, sour. Especially if you taste them one after the other.

There’s also the fact that sweet cherries have that specific, cherry flavor you’re looking for. If you use sour cherries they’ll still be good, but not as cherry-flavored as sweet cherries. Does that make sense ?

Sour or tart cherries are usually for cooking

Whichever cherry you use is largely dictated by what you want to do with them. So if you want to add cherries to a salad, or use them in a cold platter, or a cheese platter, or anything that’s no cooked, use sweet cherries.

Sour or tart cherries are definitely meant to be cooked, with sugar. They edible on their own raw, but they’re just too sour for most people. Kind of like the difference between lemons and oranges, you could say.

That doesn’t mean you can’t cook sweet cherries though ! If you want to use them in a recipe then do so, they work very well and are possibly the most flavorful. 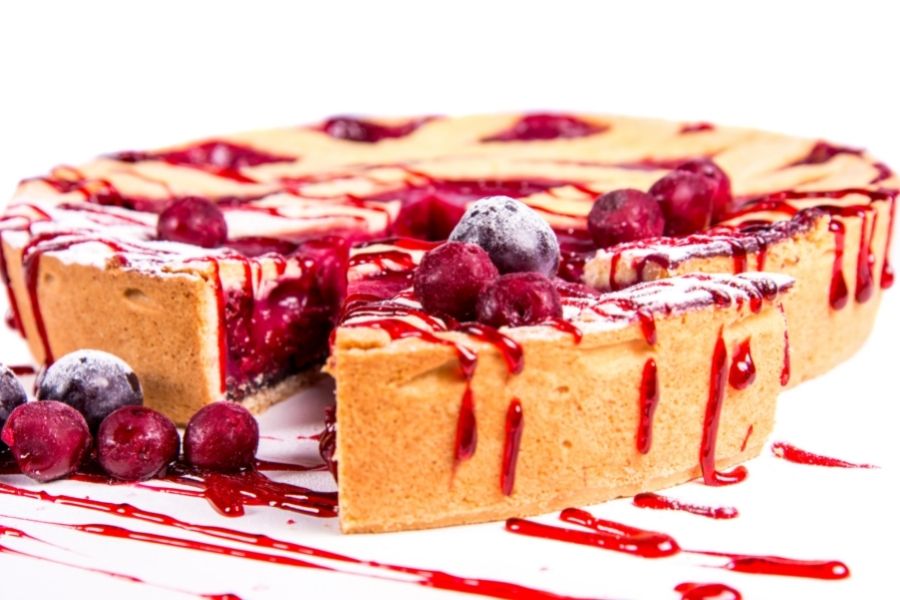 This one is more of a trivia, but you can impress your friends with your vast cherry knowledge. It’s true that sweet and sour cherries are closely related. It’s also true that they taste very similar. But there’s a catch.

Prunus avium is the Latin name for sweet cherries, or wild cherries. The original, ancient cherry that’s been planted all around the world to get the cherries we know and love today.

You won’t find this distinction made in any store, but it might matter in some ways. Sour cherries developed their sour taste because they’re a hybrid that occurred naturally between sweet cherries and the European dwarf cherry. It’s an edible fruit fruit, and its very low sugar content got passed onto the sour cherry.

Prunus avium and prunus fructiosa are the official names of the cherries that made sour cherries possible. Over time people noticed the new cherry type and started growing them separately.

The dwarf cherry is a very common shrub in soil stabilization, and you’ll see it used for ornamental uses. It grows on its own in thickets around forests, or in clusters in steppes.

Are tart cherries and sour cherries the same thing ?

Yes, tart cherries and sour cherries are the same thing. The difference in name is a very old one, the kind where no one really remembers. But the very meaning of tart is ‘sour, in a fruity, good way’.

Can I substitute sweet cherries for sour cherries ?

Yes, you can substitute sweet cherries for sour ones, and vice versa ! Just remember that sweet cherries are sweeter, so you will have to sweeten the sour ones. If you want to use sweet instead of sour and want to keep them sour, add a bit of lemon juice to raise the tartness level.

And yes, you can just swap them as-is, without adding anything. The flavor will be a little different but it will work great.

Are cherries supposed to be sour ?

Sweet cherries aren’t supposed to be sour. Some cherries can be sour, if they’re harvested too soon. The sugars haven’t had time to develop, so the fruit may taste sour in those cases.

But sour cherries are meant to be sour, yes. If that’s not for you, try sweetening them or buying sweet cherries nest time.

What types of cherries are the sweetest ?

The sweetest cherries we know of are Bing, and Rainier cherries. These are fairly easy to come by, but will fetch a higher price due to their premium sweetness.

Rainier cherries, the sweetest ones, are a cross between the Bing and Van cherries. They were developed in the ’50s by Harold Fogle, and they’re easy to notice.

As opposed to many other cherries, they are very light in color. They’re yellow with peach and red blush. The flesh inside is cream, with read around the edges. About 30% of all Rainier crops are eaten by birds before that can even be harvested. This means a hike in price, but it’s worth it.

Sweet black cherries aren’t completely black, but they’re a very dark red, mahogany almost. The most famous black cherries are Bing, and after that you should look for Lambert. These are very sweet, though a little less than Raininer.

Even if you would be tempted to say that the difference between sweet and sour cherry is only the taste, it doesn’t end up there. They have quite a few more differences in texture and size also the color can differ.

They even work differently in cooking and baking so you must know which one is the best for you depending on what your plans are with those incredible fruits.